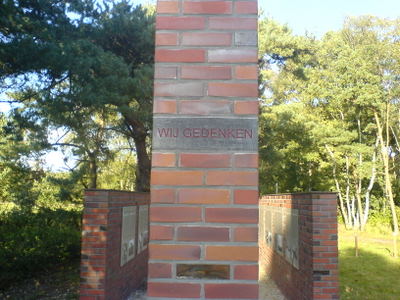 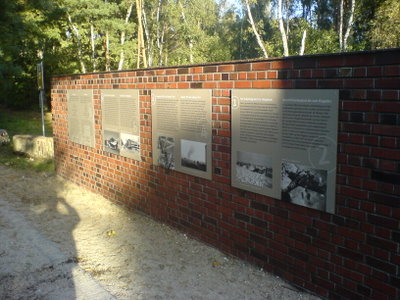 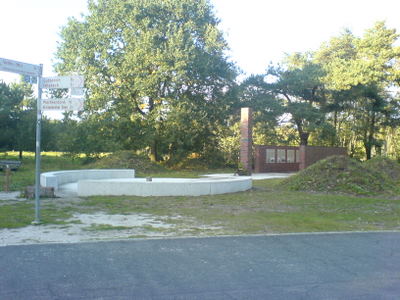 Already in the middle of the 19th century the Dutch Army used this area of the Grote Heide for shooting practice.
When the young Dutch Air Force was looking for landing fields, an auxiliary landing field was constructed on this location. The military significance of this area was low because of the nearby German border. The field became a place for air shows and especially was the visit of the airship "Graf Zeppelin" in November 1930.

Between October 1940 and March 1941 the Germans enlarged the air base (Fliegerhorst Venlo) with a total area of 1075 hectares on Dutch and German territory. The complex with two runways of 1450 m and 1200 m was equipped with the latest safety equipment, radio equipment and night lighting with 2000 lamps. The Fliegerhorst ran a network of roads with a total length of 48 kilometres between hangars, shelters, workshops, casinos, football and tennis courts.

In addition to this memorial, there are several remainings of the airbase in the area available, including parts of the hangars and control tower. 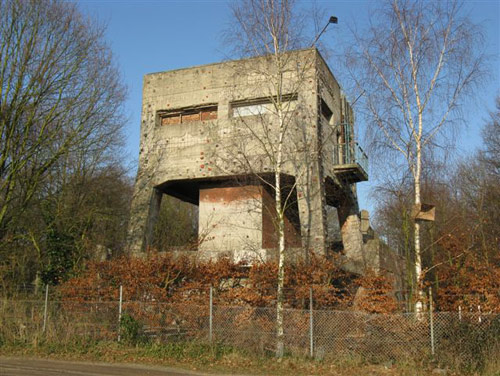