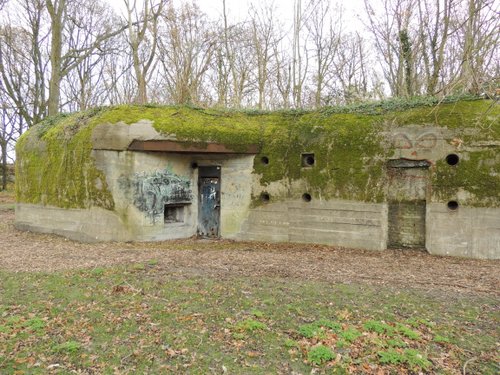 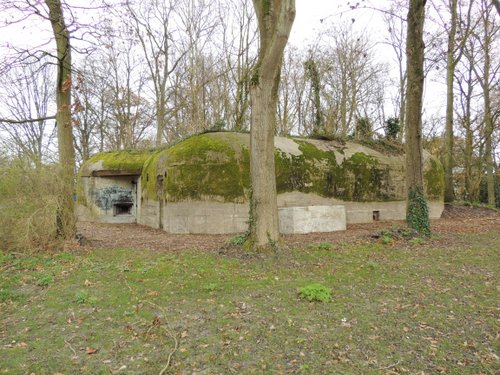 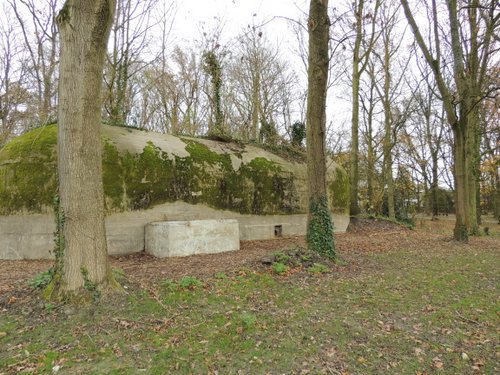 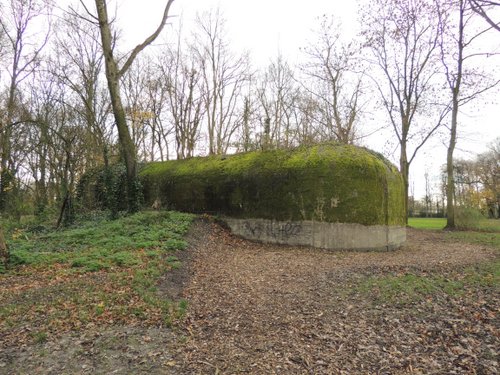 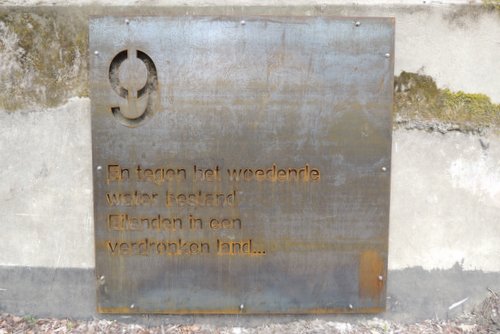 Headquarters 'Park Toorenvliedt' after the war.
After Toorenvliedt in 1948 was sold to the city of Middelburg, they considered the park to be built with housing, but the demolition of the bunkers proved so expensive that there was chosen for the construction of a park.
The landscape architect was charged to avoid as much view to the bunkers as possible. Through building the park in this way, the bunkers were spared.
This does not apply to the bunkers on the adjacent site of the former house Vijvervreugd, which was demolished his mid-60s. The house "Vijvervreugd" was after a fire in 1969 demolished.
The most important operational bunkers, bombproof command posts and the communications bunker, are still present and are complemented by seven residential buildings.
Toorenvliedt is with this the last intact divisional headquarters in the Netherlands.
In international view, Toorenvliedt has developed to be the most complete copy of the approximately 35 division headquarters that were established along the western European coastline.
Furthermore, the direct relationship between the headquarters and the inundation of Walcheren makes the complex into a valuable historical monument of the 'Battle of the Schelde'.
The walk through the park along the remaining 11 bunkers that are part of Stp. Brünhild started at the German Division Headquarters Toorenvliedt Stp. Brünhild (Bunker 2) a description of which can be read here: German Division Headquarters Toorenvliedt Stp. When you hold as much left as possible you can find the overgrown and often covered bunkers. On a few bunkers, the camouflage (wall) paintings are still visible.