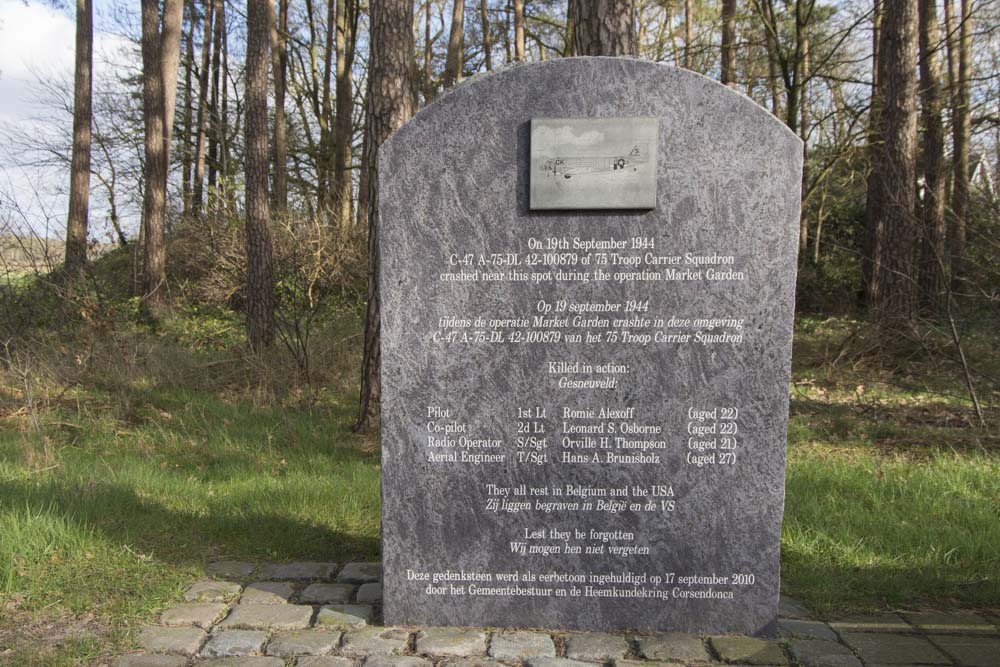 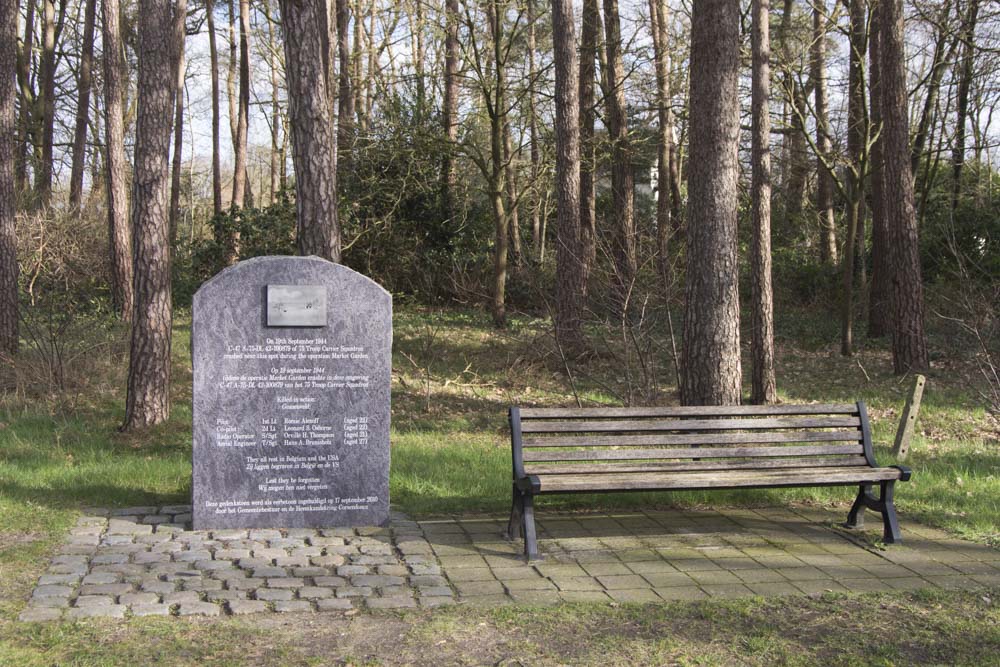 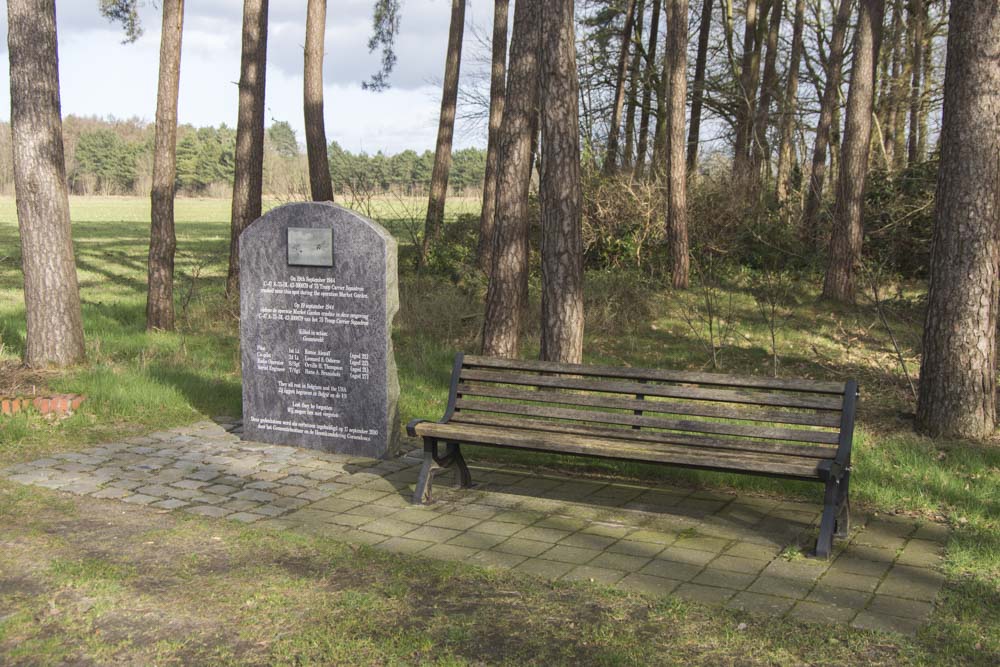 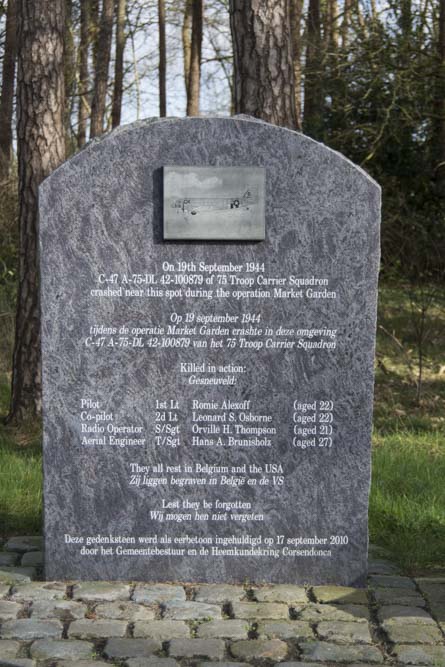 On 19 September 1944, the C-47 A-7DL 42-100879 of 75 Troop Carrier Squadron crashed near this location. It was its way back to England during Operation Market Garden, when it was shot down by German anti aircraft guns. The four crewmembers were buried on the crash location. In 1947, one of them was reburied in Neuville-en-Condroz, the other three in the U.S.A..

The memorial is located next to the chapel of Rhoode.