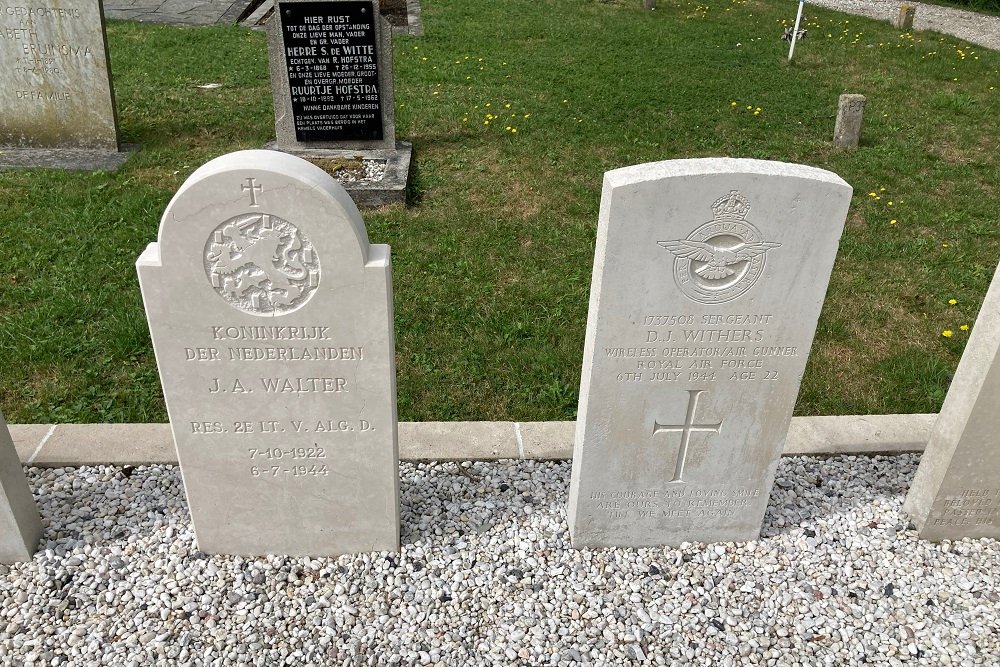 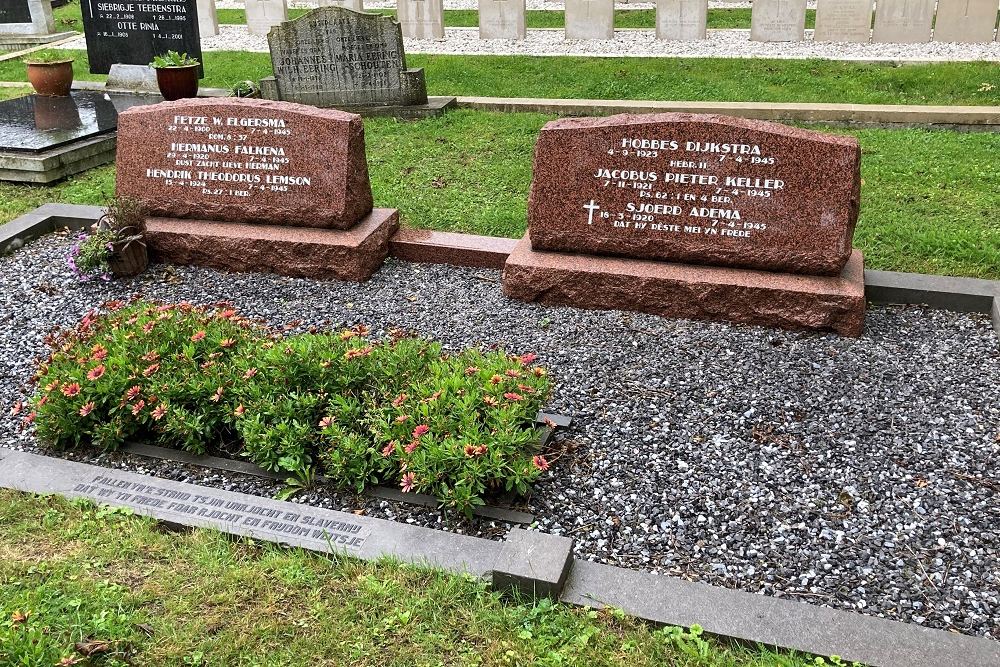 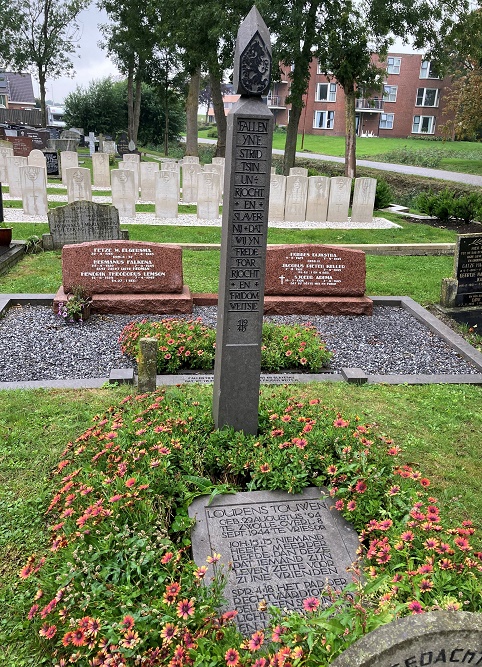 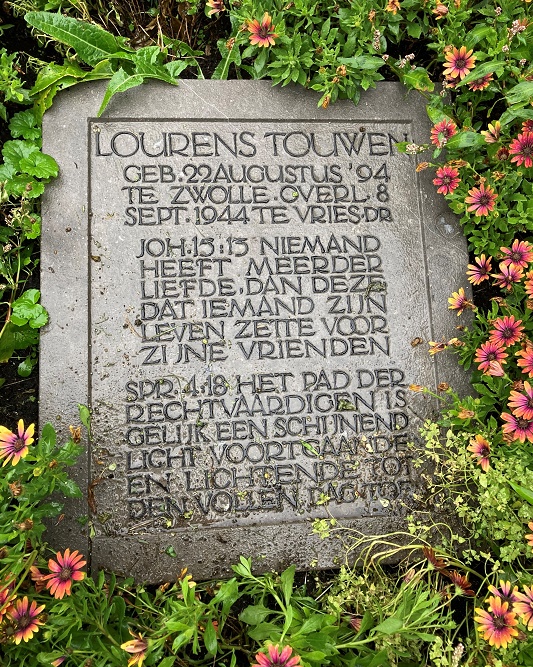 On the Protestant Churchyard in Makkum, is a joint grave of six Resistance Fighters, all died on 07-04-1945 in Makkum.
These are the graves of:

Walter was a Dutch secret agent. He was aboard a British SOE aircraft, the Hudson FK790 which crashed in the IJsselmeer. The British crew of the aircraft is also buried in this cemetery.