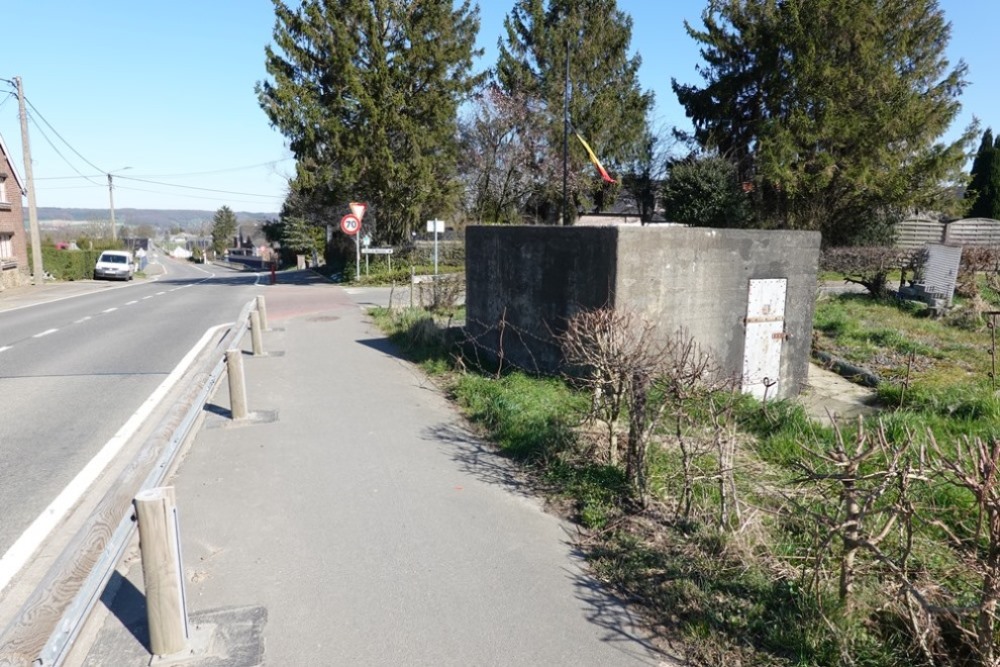 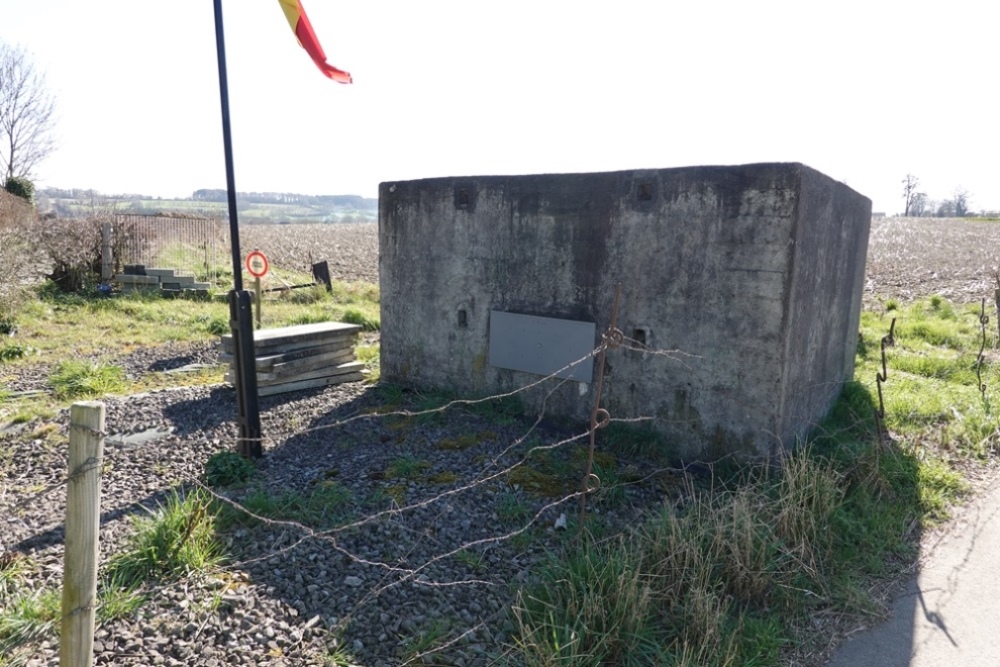 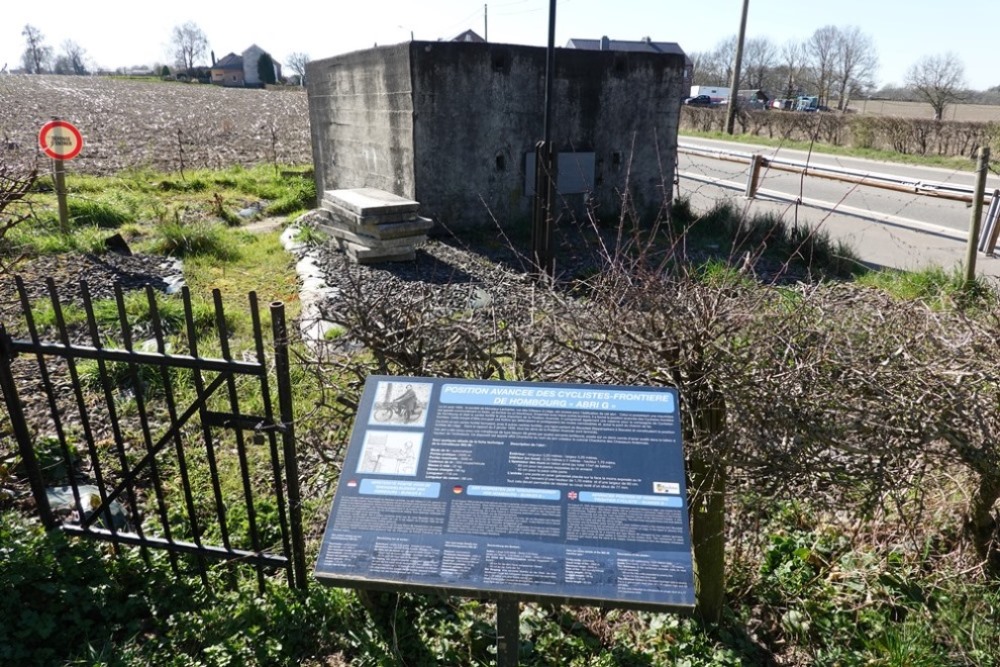 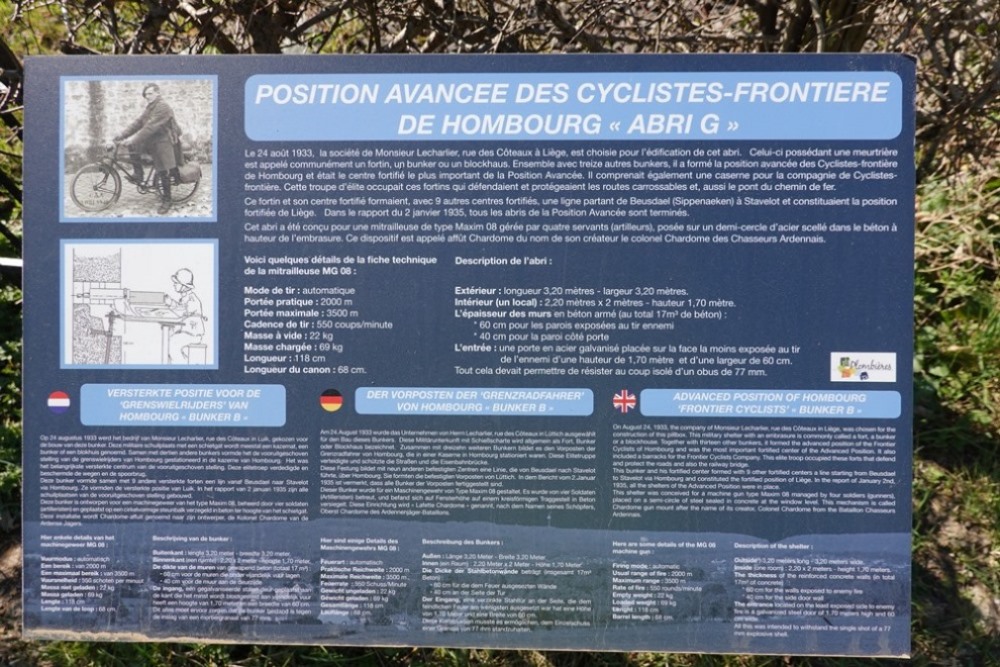 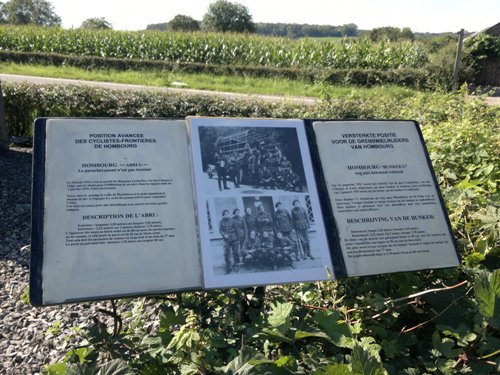 Abri G is one of the fourteen bunkers of the Position Avancée Hombourg (advanced position). This abri was made for a heavy machine gun and four gunners.

The Belgian defence in 1940 against a German attacks consisted of five position lines:
- The alarm position line, consisted of border posts, from where an attack had to be reported. Such positions were manned by the national police and units of the advanced positions.
- The advanced position line, consisted of non-permanent positions, mainly used to slow down a first attack. From here destructions of infrastructure and obstructions were organised.
- The covered position line was the first real defence line, from the anti-tank ditch near Antwerp, along the Albert Canal, the river Maas as far as Namur. This line was manned by 14 Belgian divisions.
- The resistance position line, also known as KW-stelling or KW position line, was the first main defence line, consisting of bunkers, tank barriers and anti-tank ditches. It went from Fort Koningshooikt near Antwerp, via Leuven, Waver, Gembloers as far as the fortress of Namur. In case of a German attack, the French armies and the British Expeditionary Force would move as far as this defence line.
- Interior position line was in fact several defence lines consisted of old fortifications around the Flemish main cities. It accommodated the main services. Due to the connections with harbours supplies and fuel were guaranteed.