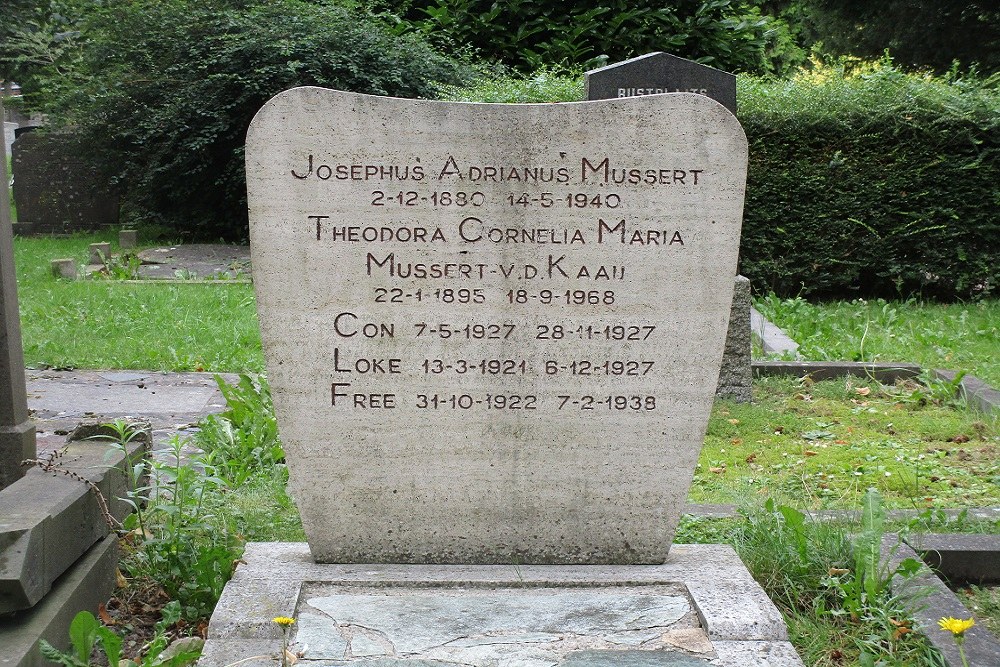 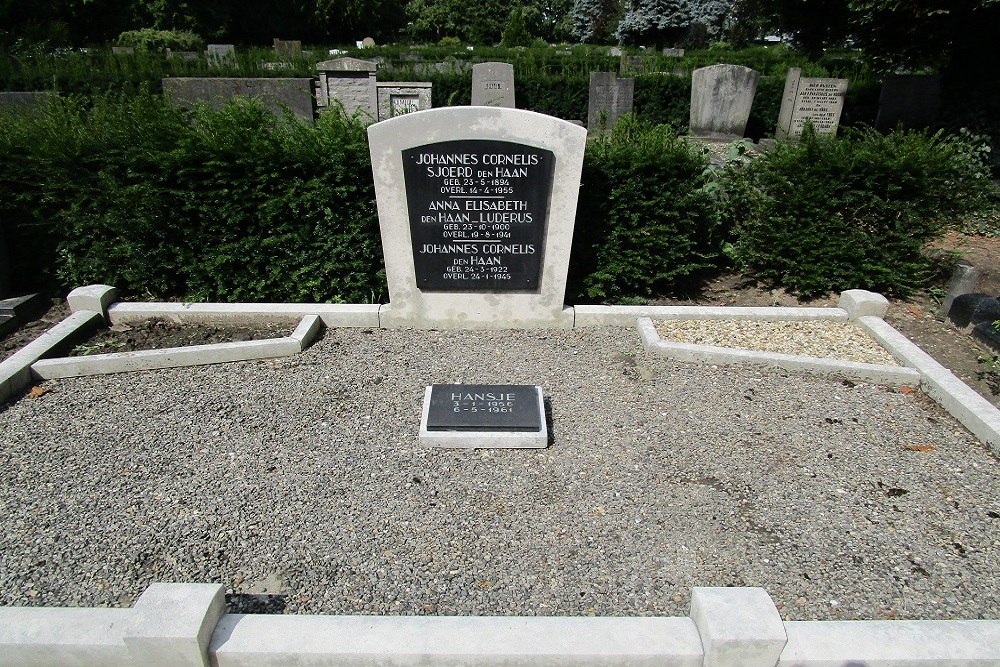 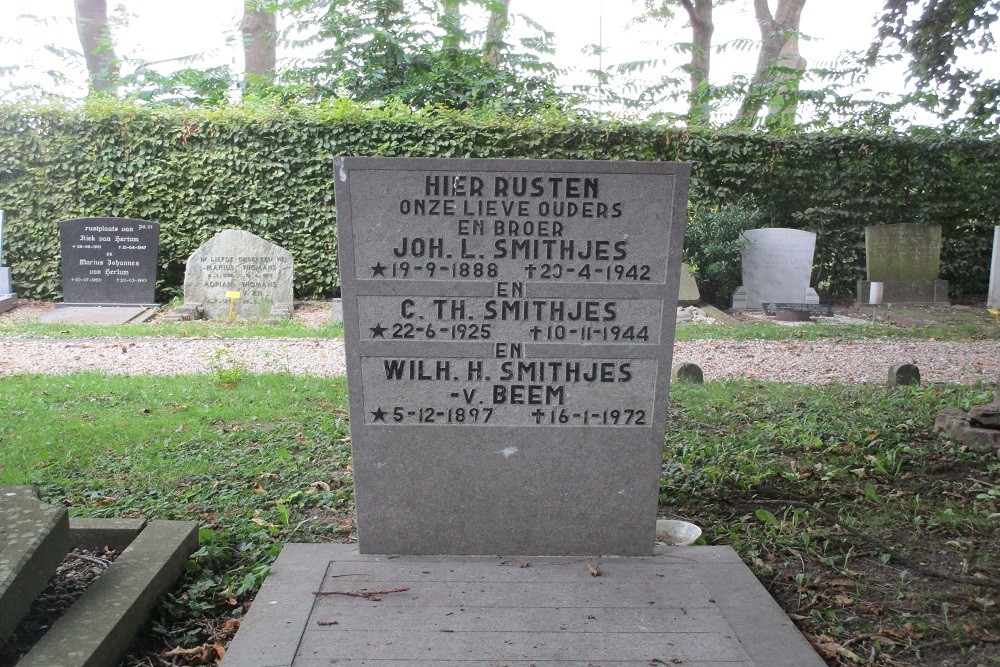 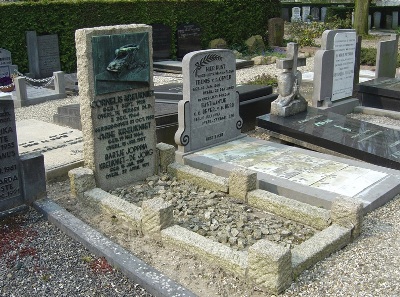 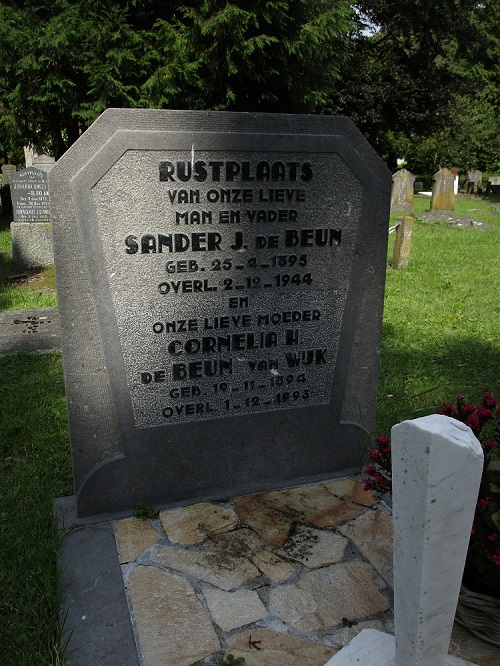 Spread over Gorinchem General Cemetery there are eleven Dutch War Graves, all with private headstones. These are the graves of:

The following can be said about Josephus Adrianus Mussert.
He is an older brother of Anton Mussert and during the invasion in May 1940 he was a lieutenant colonel based in Dordrecht. On May 10, 1940, German paratroopers landed near Dordrecht, putting Mussert on the front line. His style of action was perceived by some as confused and indecisive. On 13 May the Dutch troops withdrew north across the Merwede.
Rumors of betrayal and his actions have led to a spontaneous execution by two junior soldiers with 4 bullets in his head. He was seriously injured and taken to the hospital in Gorinchem, where he died that same day. The two soldiers were severely punished during the occupation and Mussert was completely rehabilitated.
source: A. M. A. Goossens - Zuidfront Vesting Holland.

The grave monument of Cornelis Kreukniet (photo) was made by Marcus Ravenswaaij.