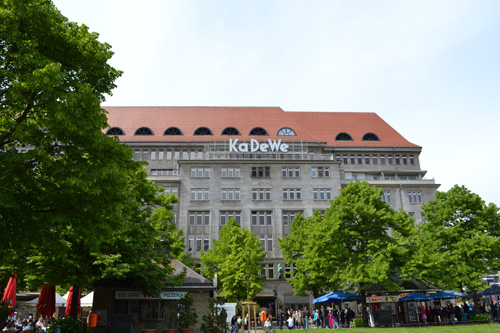 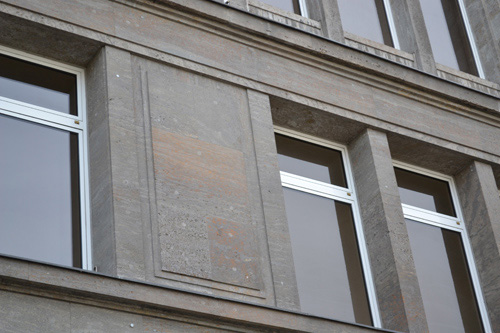 The Kaufhaus des Westens (KaDeWe) is a large department store, built in neoclassical style of reinforced concrete. The building was opened in 1907. On 23 november 1943 an Allied bomber flew into the building. This crash caused a large fire which badly damaged the building. Between 1943 and 1946 the building was in ruins. The remnants of the KaDeWe were formed into an important German strongpoint during the Battle of Berlin in 1945.

The bullet impacts on the building are still visible nowadays.