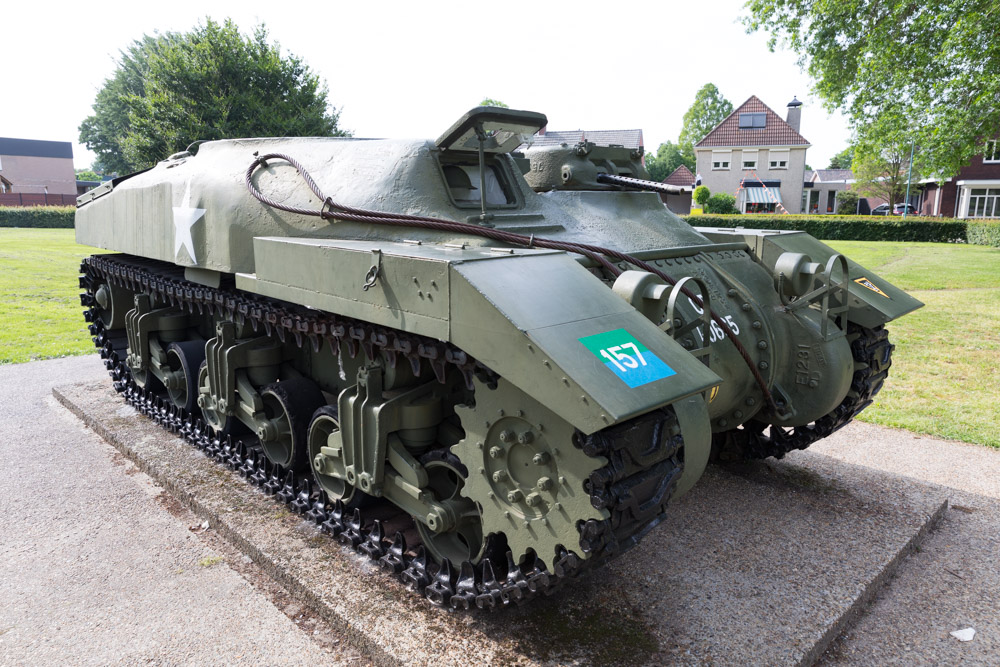 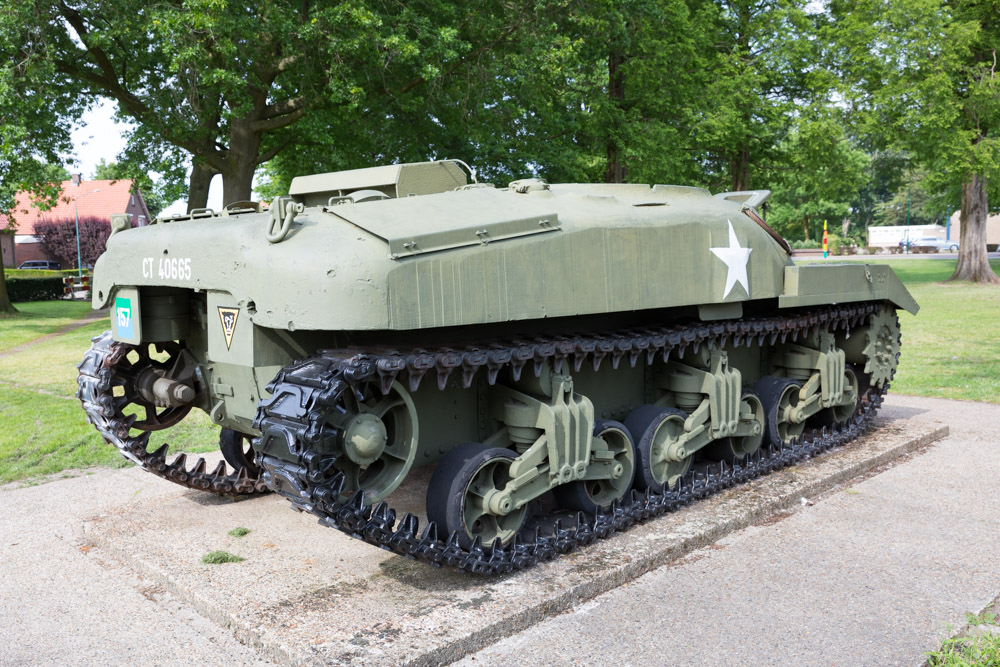 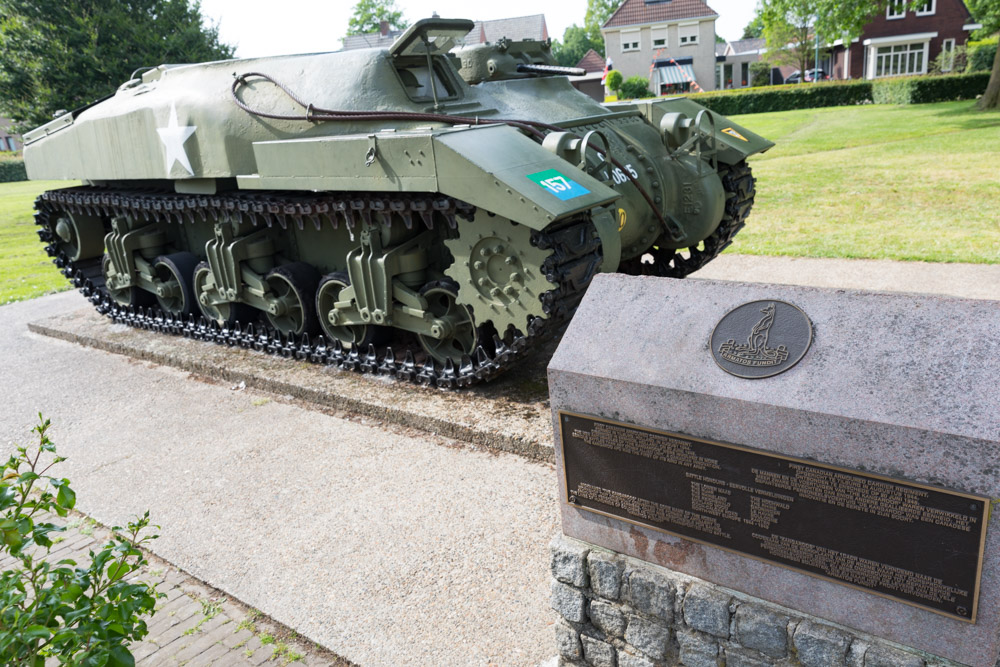 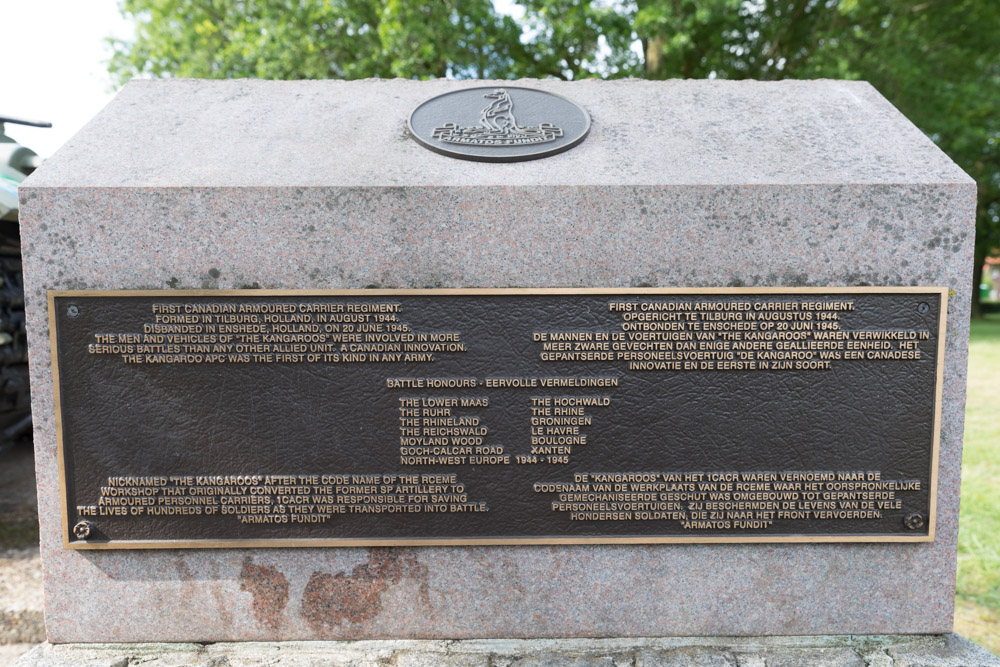 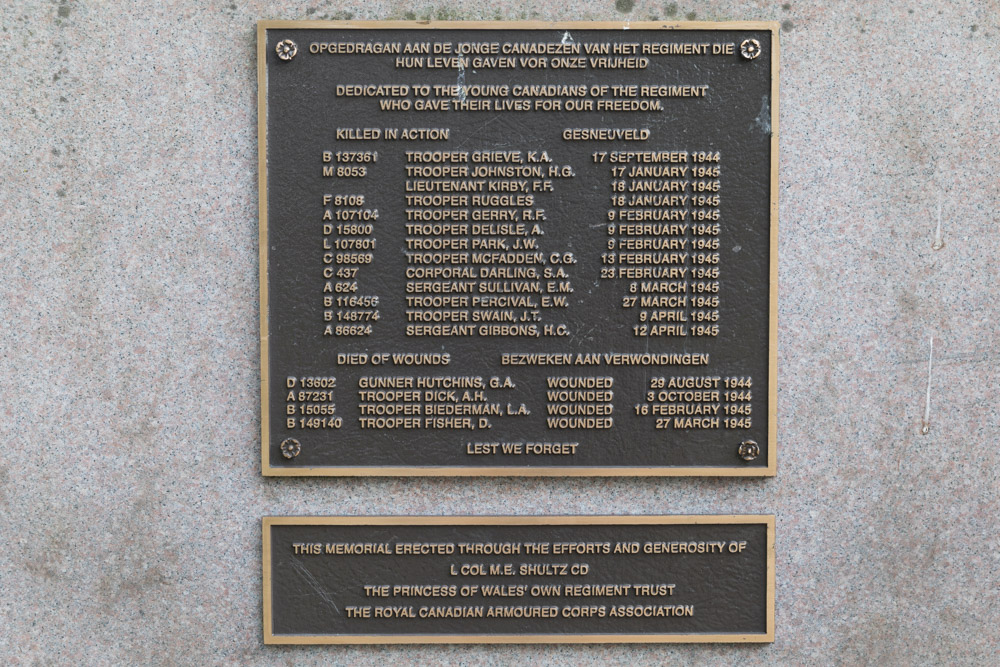 As a reminder to the First Canadian Armoured Carrier Regiment. Founded in our community of Mill on 24 October 1944 with the slogan Armatos Fundit.

This Ram Kangaroo Armoured Personnel Carrier in Mill, belonged to the First Canadian Armoured Carrier Regiment. The regiment was founded in the community of Mill on 24 October 1944. Their slogan: Armatos Fundit.

Reason for it being formed in Mill was that it was a challenge of considerable proportions to establish performance standards and a fighting ethos amongst 268 men of all ranks, no regimental home in Canada, no regimental traditions, with a a large part of newly-arrived officers, NCOs, and troopers that had never seen action.