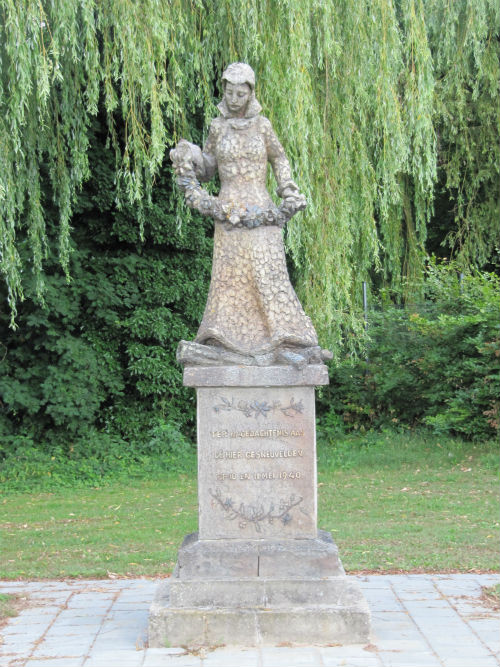 The war memorial of Mill, designed by Peter Roovers and unveiled in 1949 is a 2 meter high female statue. A memorial plaque with names of the 50 civilians and soldiers who died during the battle of Mill is attached on the pedestal. Later a memorial plaque with names of Dutch people who perished in the Dutch East Indies was also placed. The female statue, wearing a garland of flowers, figures those left behind.

This war memorial is looked after by the foundation 'Sporen van de Oorlog Mill'(marks of the war Mill) and every first Saturday after the 10th of May they organize a commemoration near the statue. The words on the plaque say: In memory of those killed here on 10th and 11th May 1940(Ter nagedachtenis aan de hier gesneuvelden op 10 en 11 mei 1940).