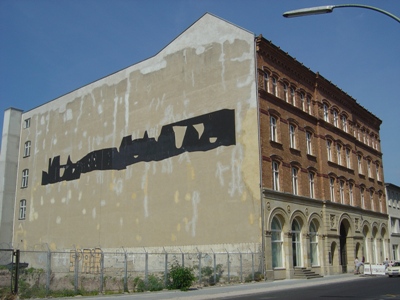 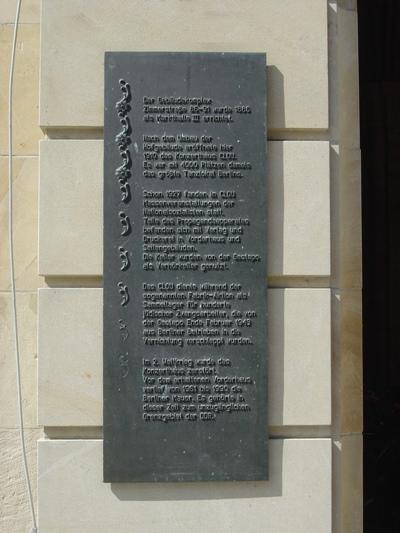 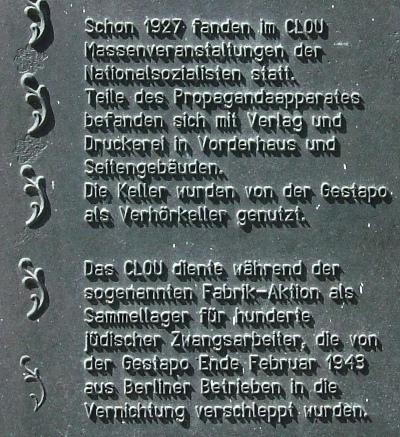 On 1 May 1927 was in this building the first mass event of de Nazis in Berlin where Adolf Hitler appeared. The Nazi propaganda papers "Völkischer Beobachter", "Schwarzes Korps" and "Der Angriff" were also printed here.

The Gestapo used the building for torture and interrogations. The hall served as an assembly camp for hundreds of Jewish forced labourers before their deportation.

After the war the building became a no-go area because the Berlin Wall was build right in front of it and the border guards of the GDR used it.

Next to the entrance is a plaque describing the history of this building.