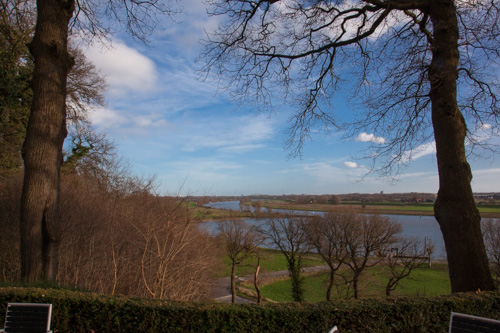 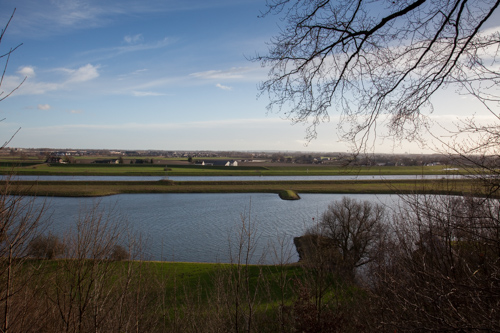 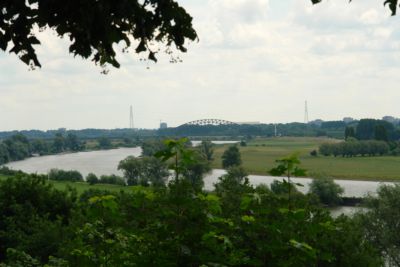 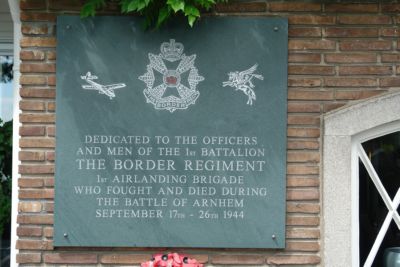 Oosterbeek, with a vista over the river "The Neder Rijn".

A historic location with a view at "The Island" where the allied advances were halted. At the opposite side of "The Island" Oosterbeek is situated and a little further on the city of Arnhem where the Allied Airborne Troops fought their unequal battle against the well organized Germans.
After the operation "Market Garden" a static battle followed in which the Germans occupied the high bank of the river (Westerbouwing) and crushed every allied movement in the lowland with their artillery. In the river forelands the British Infantry troops were dug in, later the First Allied Airborne Troopers. (amongst others 506 Pir. 502 Pir. etc. )

At the restaurant you will find various memorials, plaques and shields (like e.g. on a street bench). Each year the veterans of the various allied nations return to this restaurant ( English, Polish and American.)