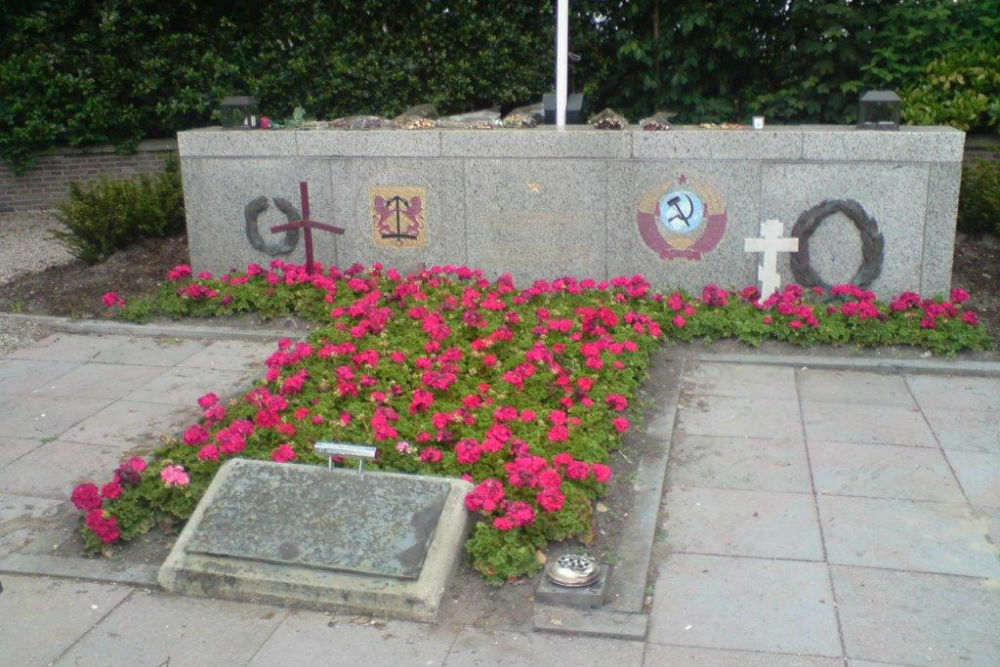 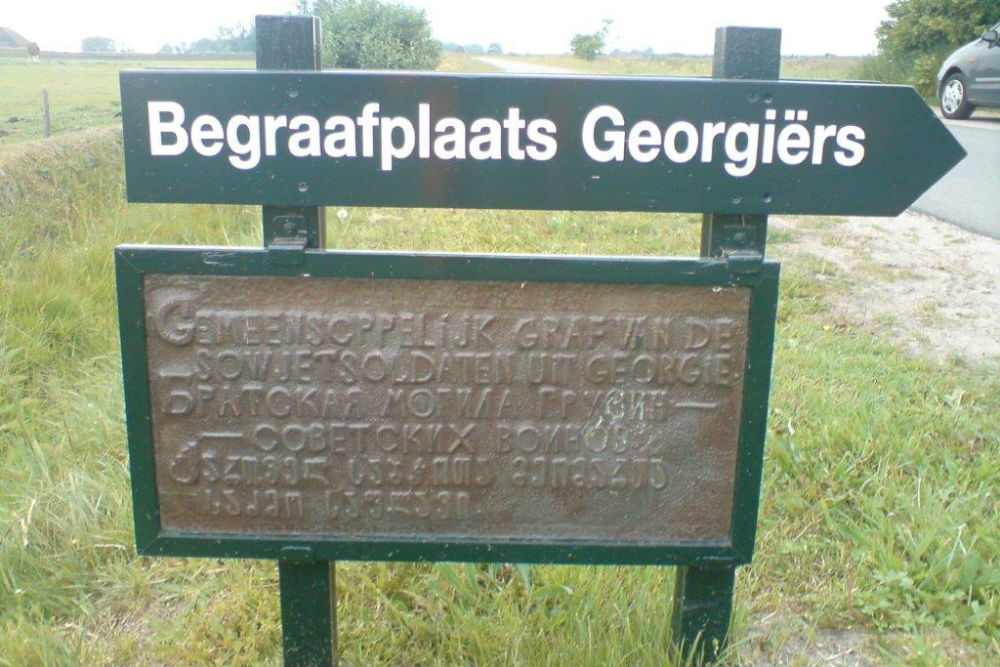 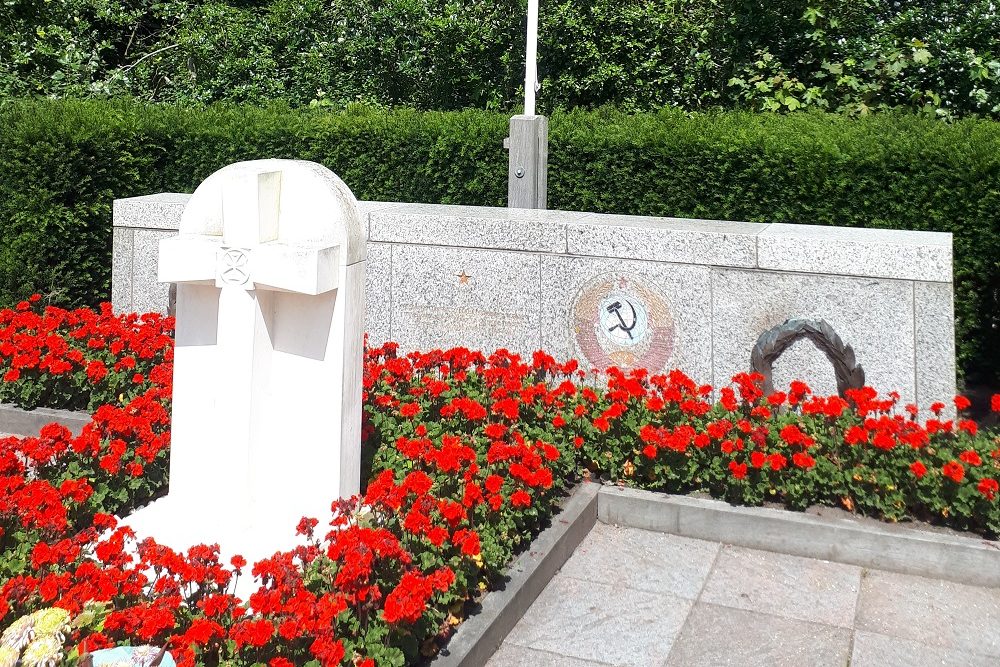 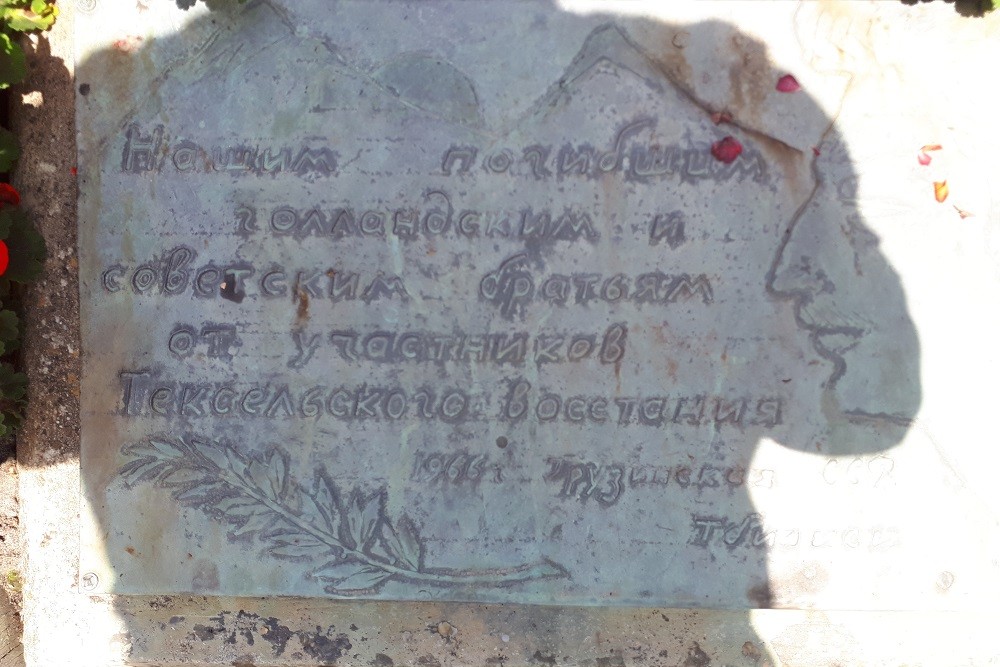 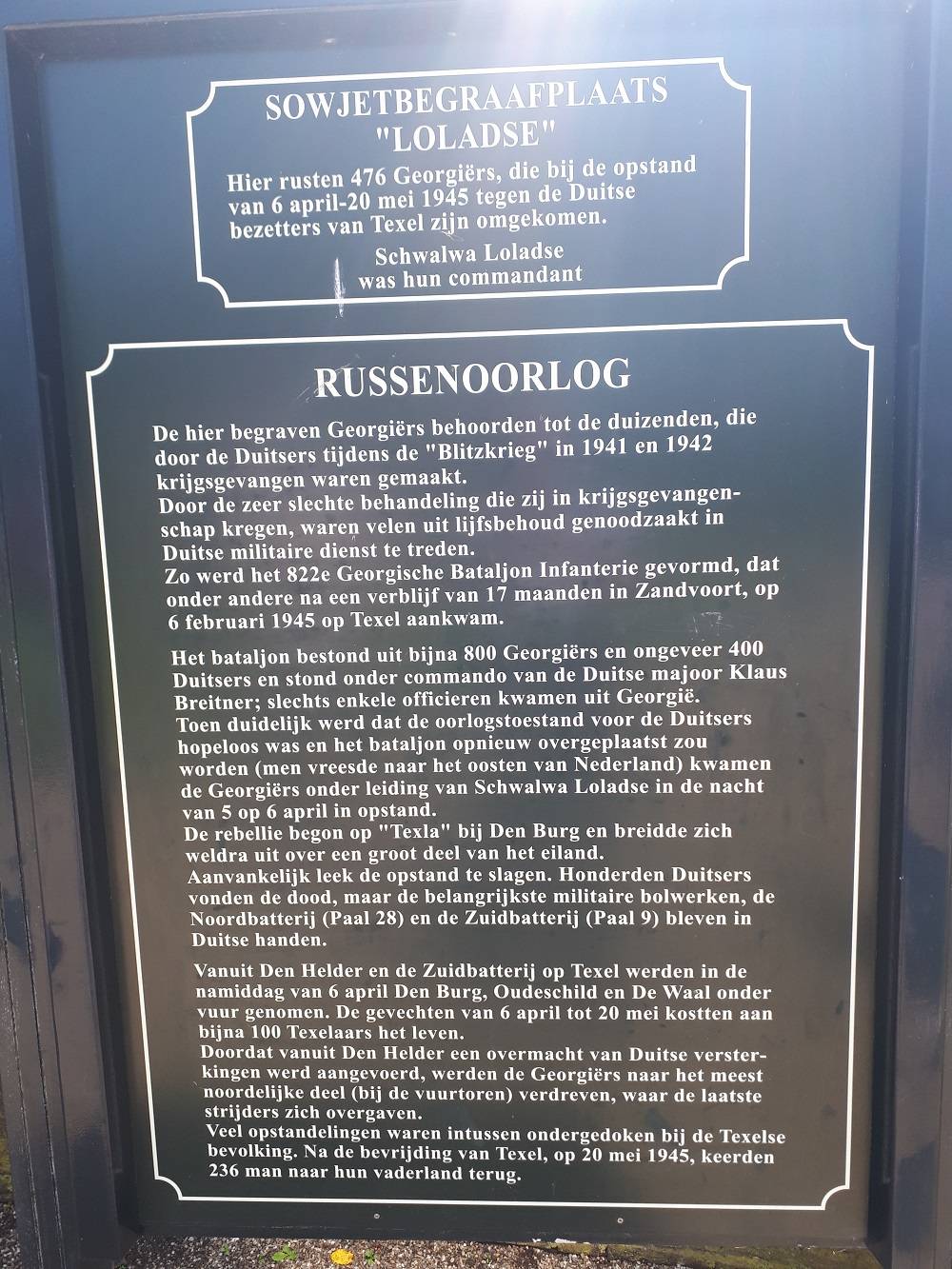 'On the southern flank of Hogeberg, next to the Oudeschild cemetery, the Georgians lie fraternally next to each other - rather than what Stalin would decide on them - fighting to death in the bloody battle against their German superiors. Located on one of the most beautiful parts of the island, the cemetery is visited by thousands of interested people every year. During the commemoration of the dead on May 4, representatives of the Georgian embassy, ​​the municipality of Texel and other interested parties lay wreaths. Georgians visiting Europe seldom fail to deviate from their route to sprinkle earth from their homeland over the graves and drink on the fallen.

It is not entirely clear how many Georgians are buried. According to the Georgian historian Kotsjiasjwili, a total of 492 soldiers died on Texel. The War Graves Foundation has a statement from September 1947, which shows that 476 Georgians are buried on the Hogeberg. However, the same foundation also has a list from March 1947 that talks about 499 Russians buried on Texel, a difference of 23. It is certain that in both cases the four fallen soldiers of the 803rd North Caucasian infantry battalion, who were already on the island, are included. were buried. The uncertainty is exacerbated by the fact that in July 1981 the remains of a Georgian were excavated in the orchard of the Wamberg farm on the Hoofdweg in Eierland. Tradition has shown that this may even involve two Georgians. This discovery once again suggests that not all Georgians were reburied in the design of the cemetery on the Hogeberg.

Immediately after the arrival of the Canadian liberators, it was decided to build a cemetery on a meadow in South Haffel, owned by a Haarlemmer who was classified as an enemy subject. The expectation was that the 23 acre site would lapse to the Dutch state. In 1948, when the criteria had been adjusted somewhat, the State still paid f1225 for the land.
Bodies were excavated all over the island with the help of Texel people who should have buried or forced Georgians to supervise executions. This nasty work was mainly done by captured NSB members. The surviving Georgians who had not yet left the island at the time were present to identify their comrades in arms.

The victims were ordered to earth in twelve long rows in mass graves. At the head of the troops, the only one in a simple wooden box is Commander Shalwa Loladze. During an impressive ceremony with salute shots and speeches, he was honored by his men. Lieutenant Loladze was commander of the 5th Company of the 822th Infantry Battalion and one of the leading Georgians. Together with some other officers, he formed the framework that led the uprising. Loladze died during the major purification campaign that followed the reconquest of Texel and in which German soldiers scoured all of Eierland. He was shot in a ditch near the Plassendaal farm, after this shelter had been set on fire. A curious feature is that the Germans continued to hunt him furiously afterwards. Apparently it was not clear to them that they had already sacrificed Loladze. Now he rests on the highest point of the slightly sloping death field in South Haffel. " 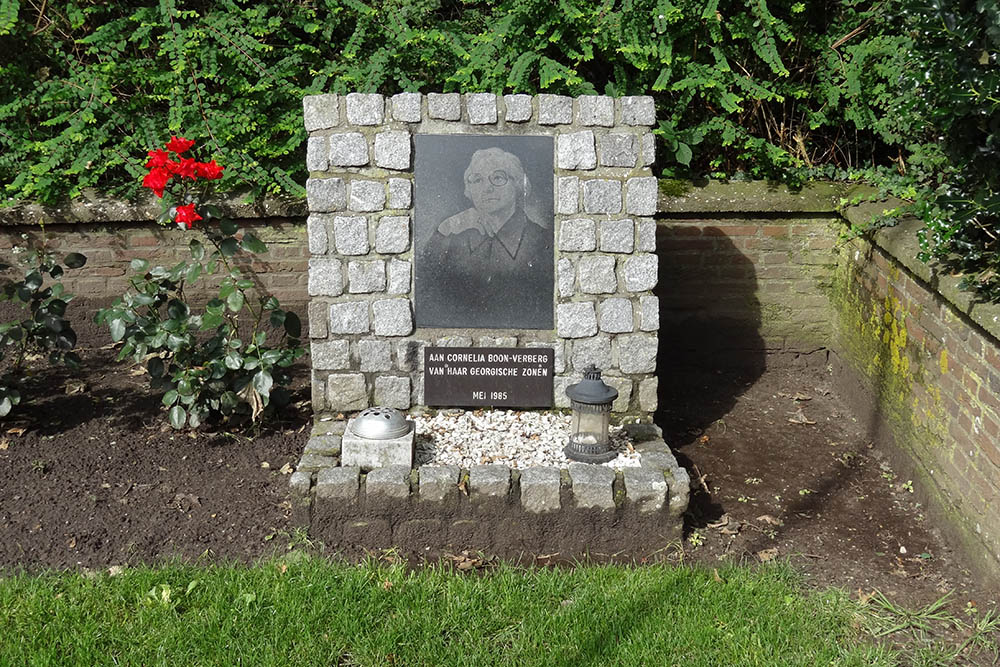 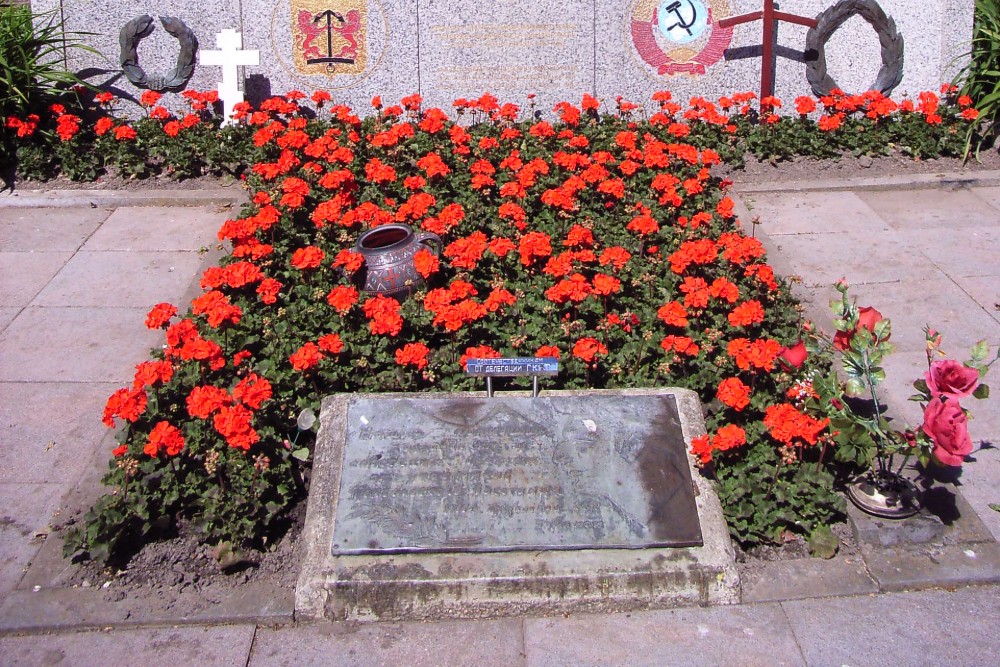