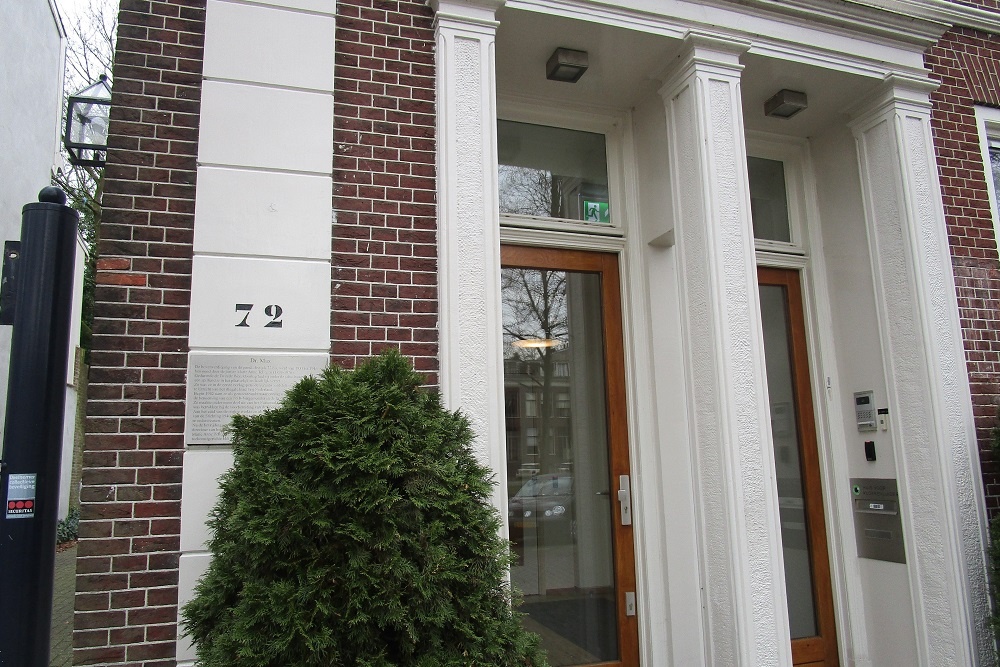 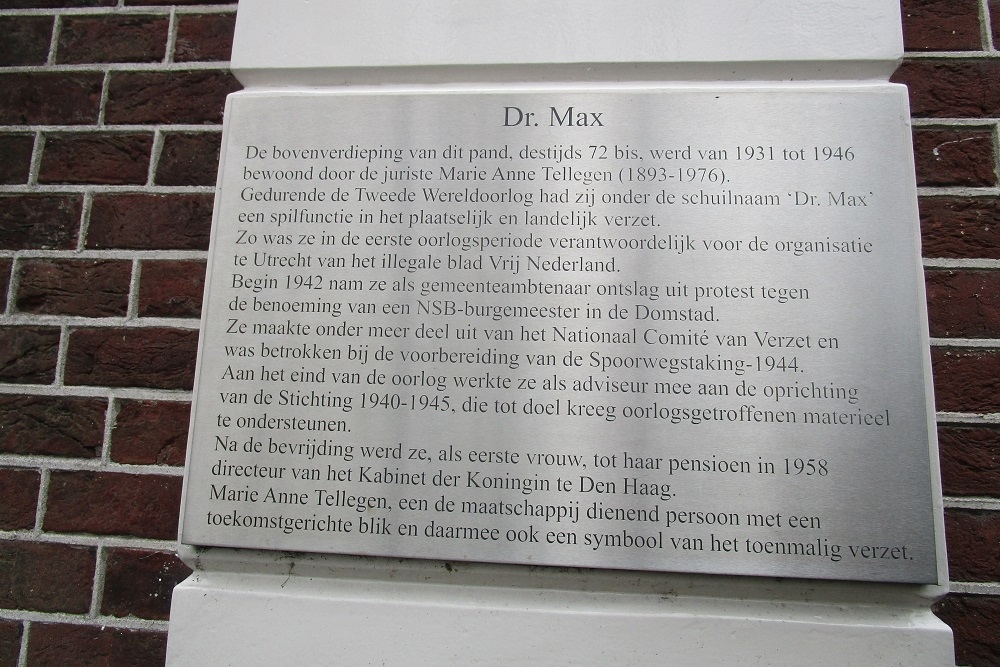 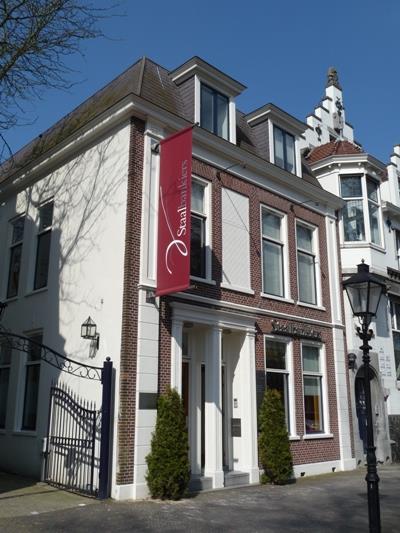 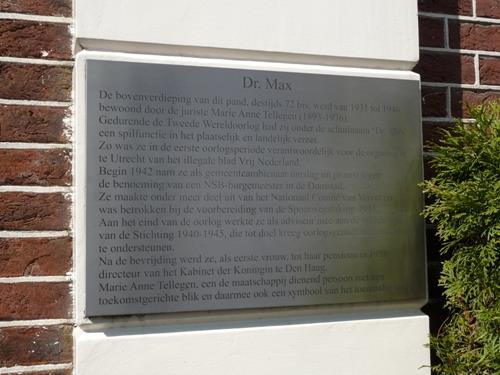 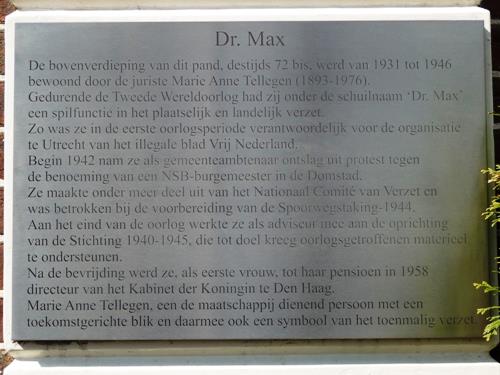 Right next to the Sicherheitsdienst, on the top floor, lived Marie-Anne Tellegen. As dr. Max she was the head of the resistance in Utrecht and played also nationally a major role. As she was involved in the illegal newspaper Vrij Nederland (Free Netherlands) and at the Railroad Strike of 1944. She survived the war.

On the building is a memorial plaque for her.