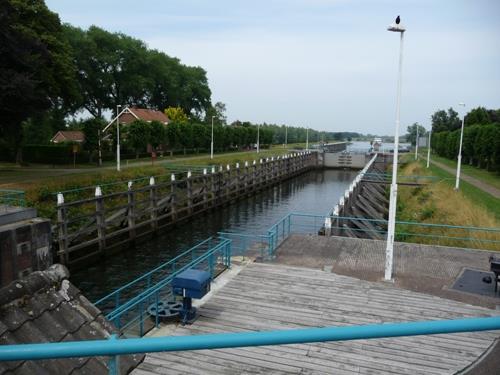 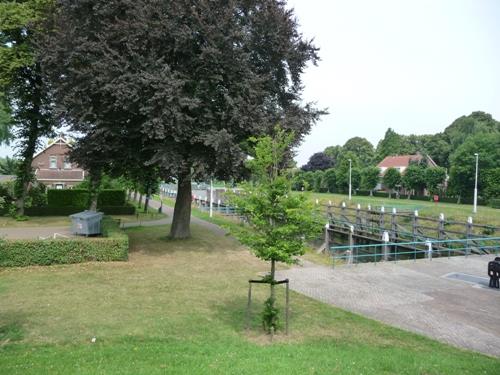 The Wilhelmina-sluice was several times attacked by allied aircraft during World War II. The homes around the sluice were damaged. The repairs are still slightly visible by color differences in the walls.

On December 24, 1944, the agricultural laborer Jacob Hendrik Keinemans was mortally wounded at the sluice.

On December 29, 1944 five German soldiers of flak were killed in an attack. They were buried at the sluice and their bodies were moved on May 30, 1947 to the German cemetery in Ysselsteyn.