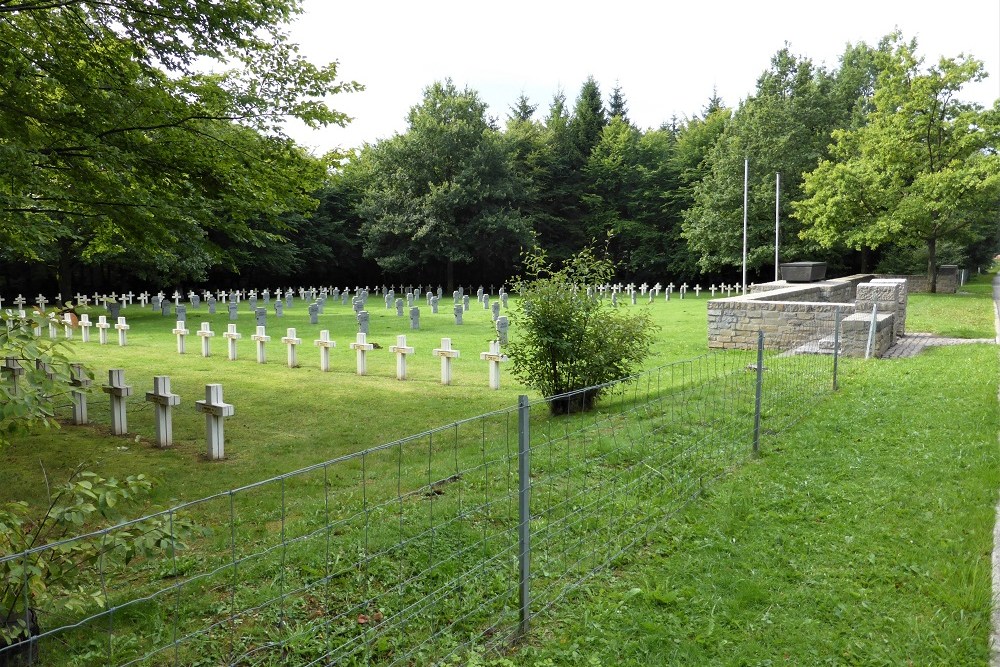 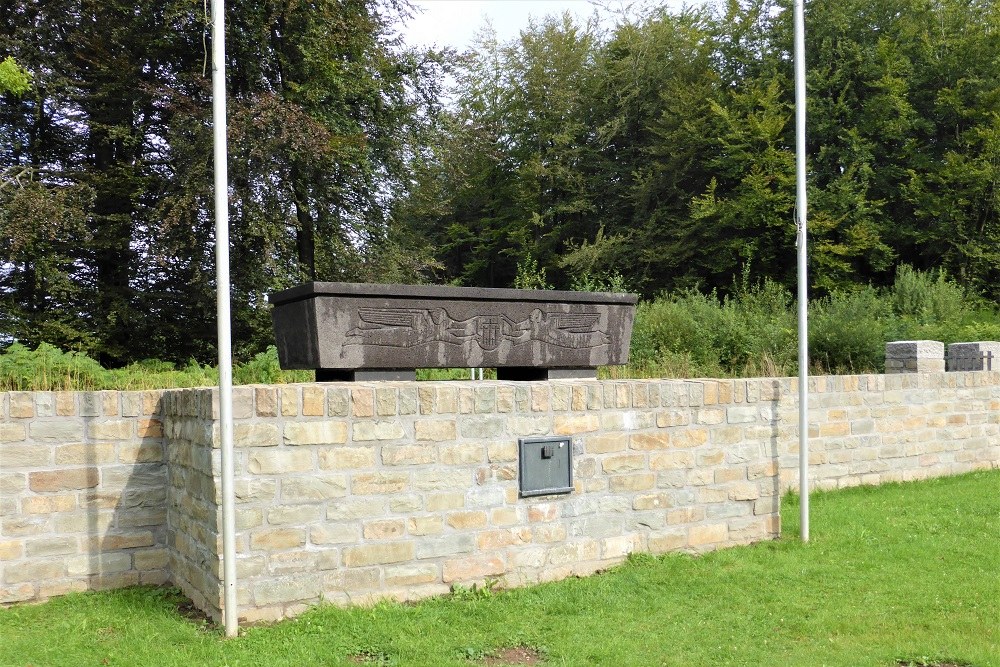 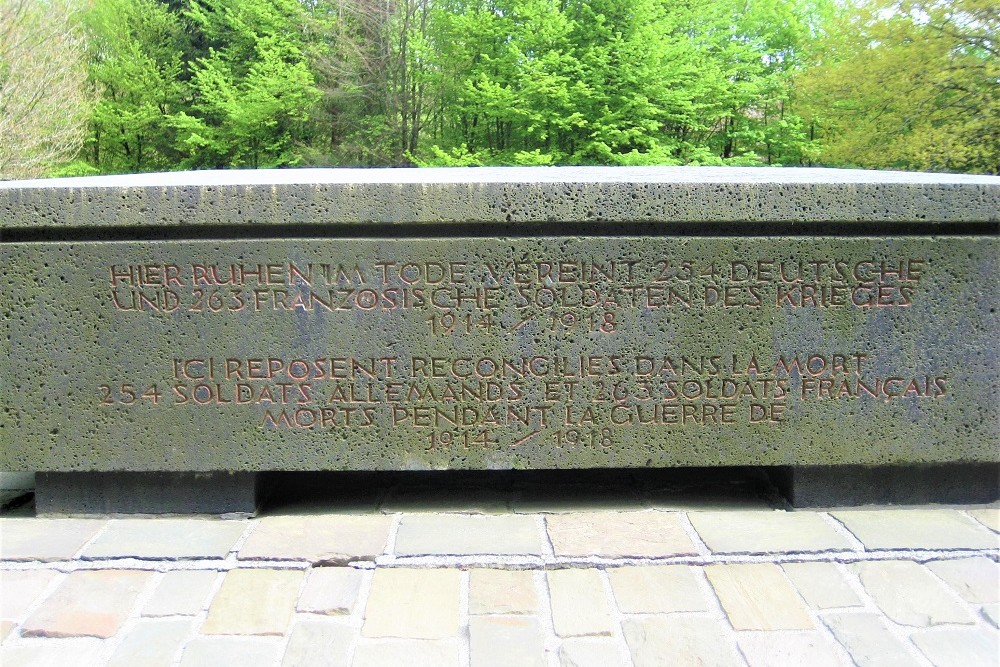 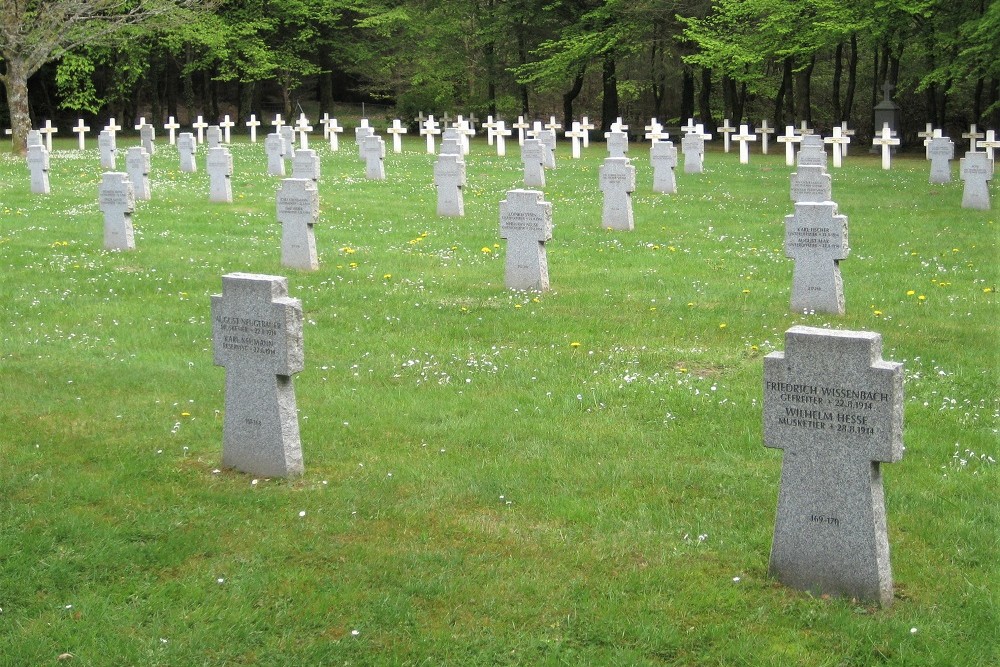 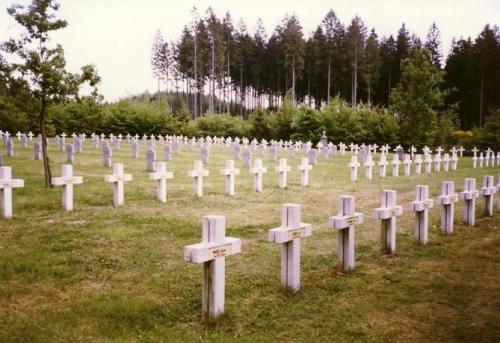 Bertrix-Heide French-German War Cemetery contains 254 German and 264 French war graves from World War I, of soldiers who were killed in August 1914.

At the entrance on a low wall is a tomb with 2 floating angels on one side, on the other side is a text in German and French:
Rest here, united in death,
254 German soldiers and 263 French soldiers
died during the war of
1914 - 1918 "
The German tombstones are in the center, around them in rows the French crosses.