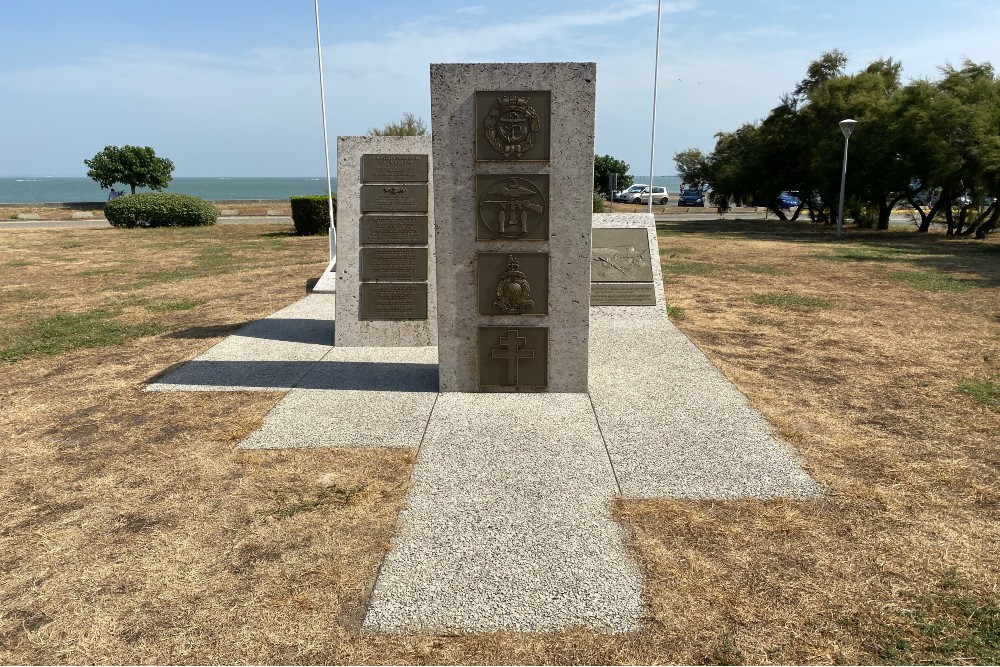 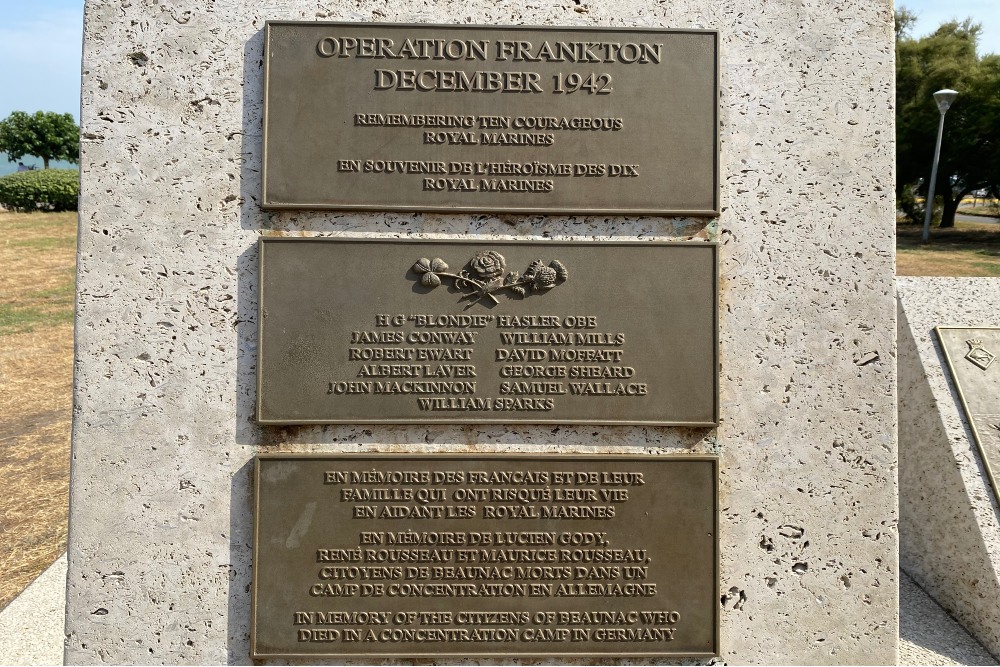 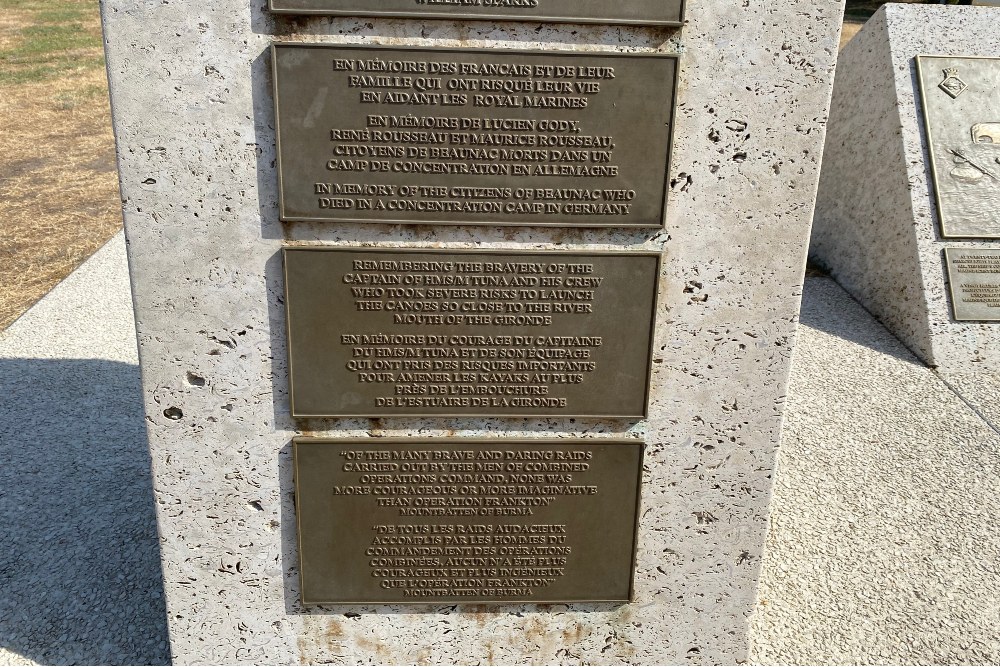 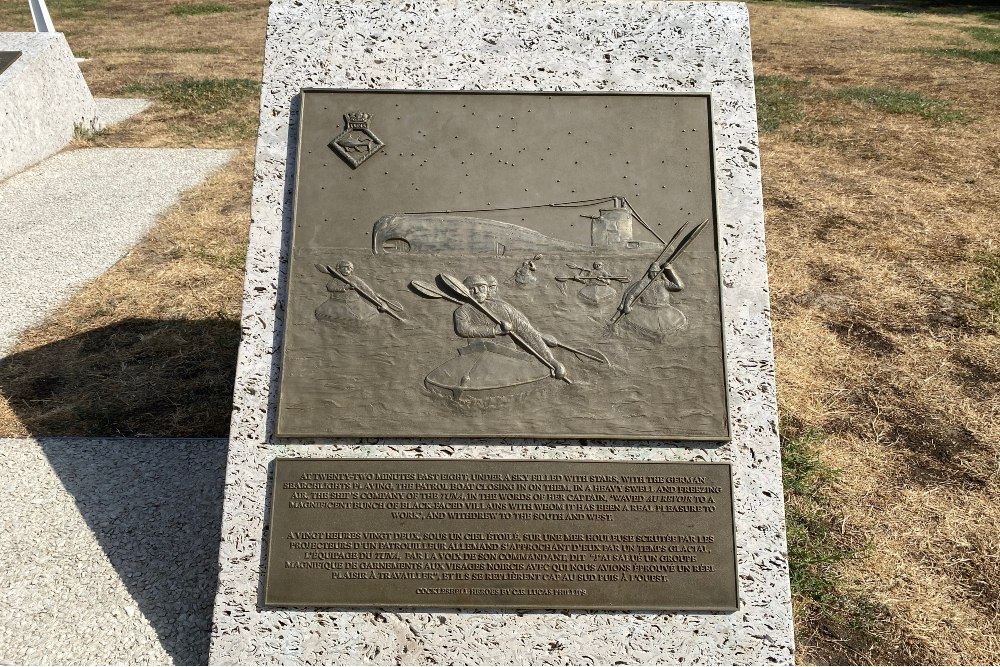 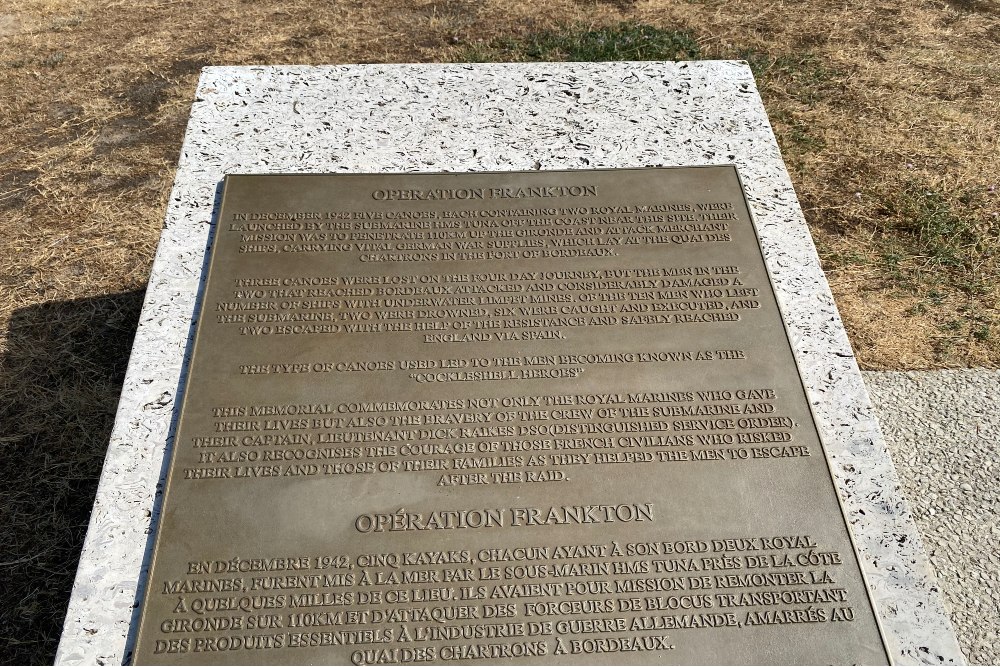 This memorial commemorates Operation Frankton, a Royal Marines raid on the ports of Bordeaux which took place from 7 to 12 december 1942.

The 10 Royal Marines went into canoes each containing two men from the submarine HMS Tuna. Their target were merchant ships in the ports of Bordeaux carrying vital German supplies 110 kilometers upstream on the Gironde.

Three canoes were lost on their way to Bordeaux and two managed to get to the ports causing considerably damage by using mines.
From the 10 Royal Marines two men drowned, six were taken prisoner and executed and two managed to get back to England via Spain with the help of the resistance.
The men were given their nickname "Cockleshell Heroes".

This monument not only commemorates the 10 Royal Marines, but also the crew of submarine HMS Tuna who took the risk sailing into the mouth of the Gironde.