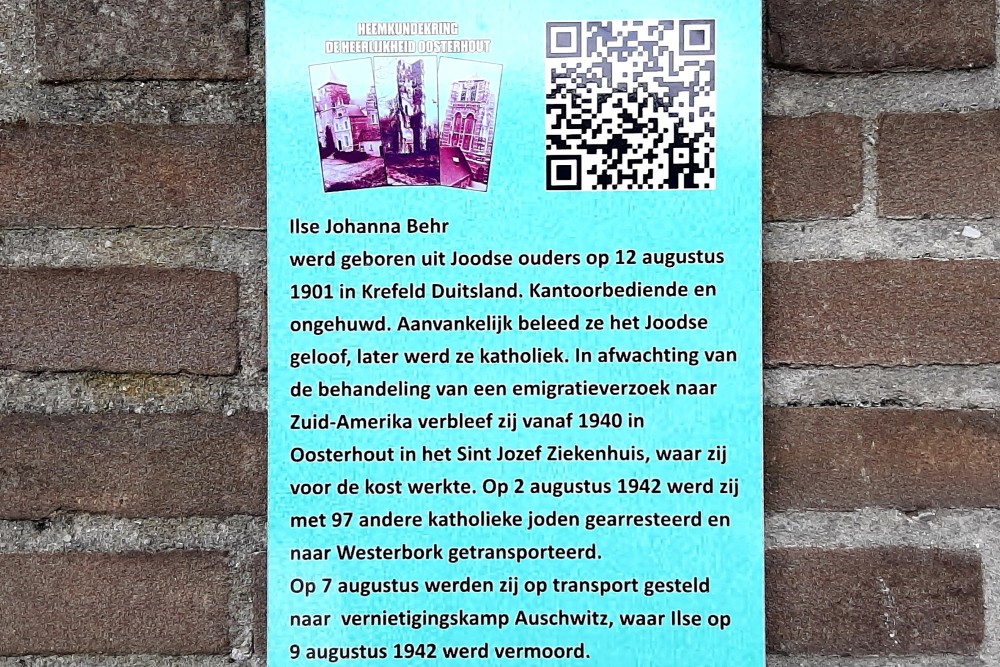 This plaque commemorates the Jewish inhabitant of Oosterhout Ilse Johanna Behr.
In World War II, Ilse was put on a transport to Westerbork, on 02-08-1942, together with 97 Catholic Jews. On 07-08-1942, she was deported to the Auschwitz concentration camp where she was murdered two days later.