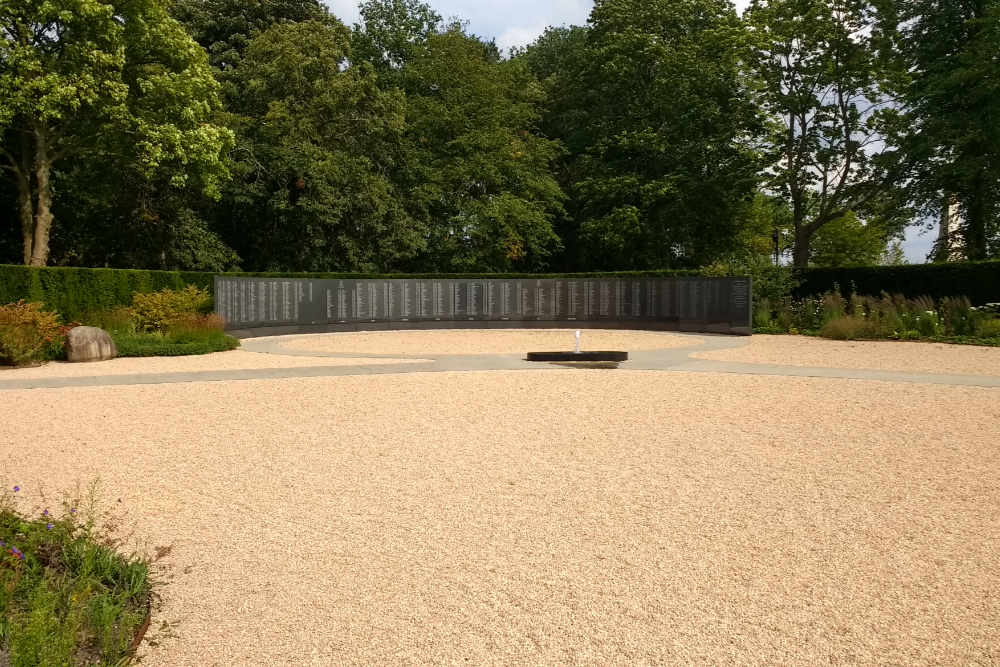 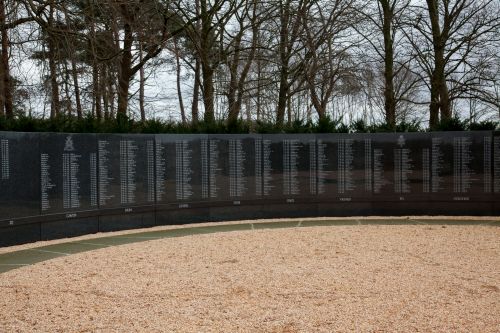 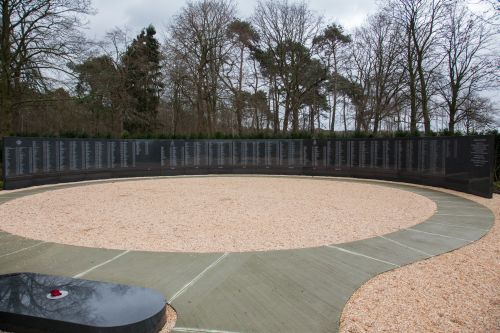 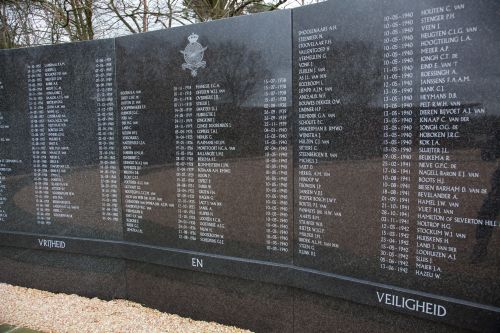 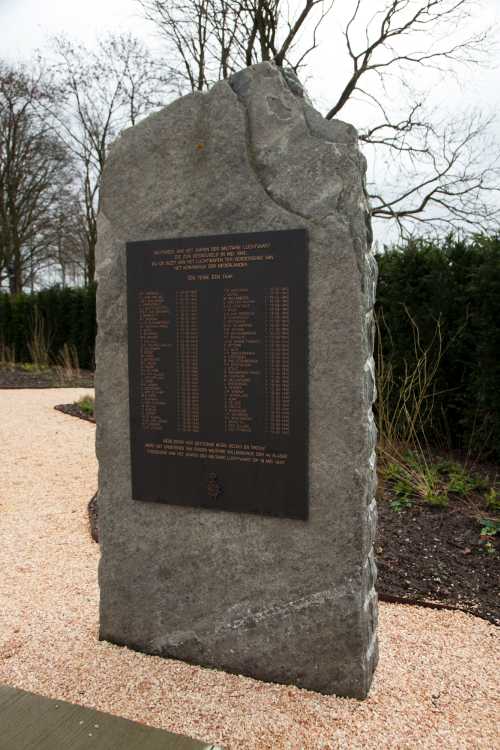 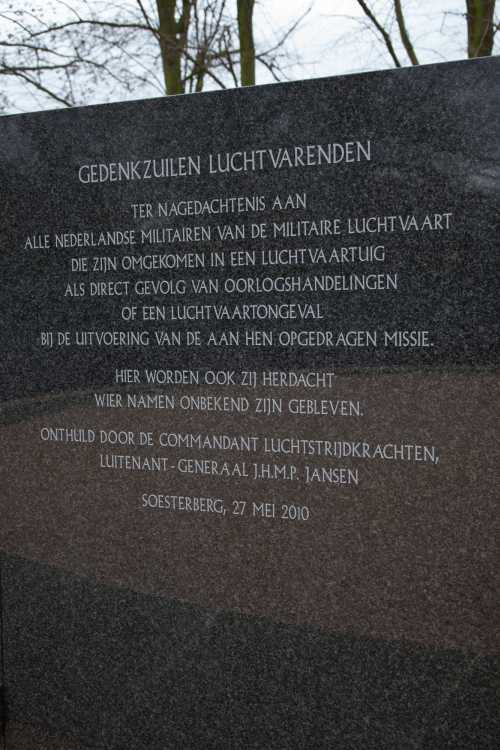 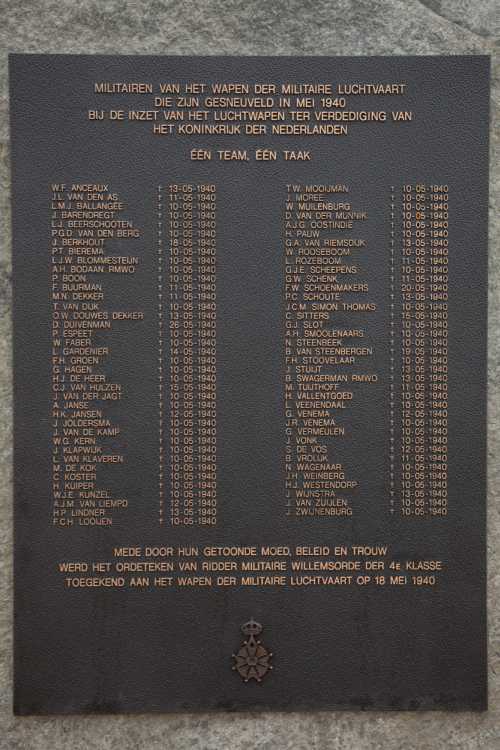 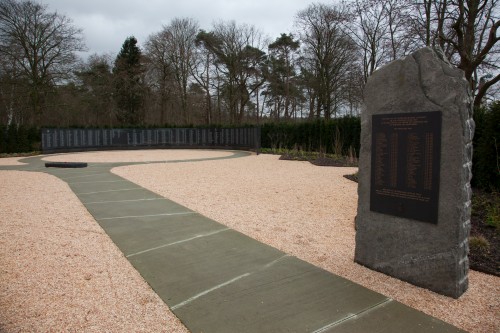 This memorial is located in the Memorial Garden adjacent to the National Military Museum. The text on the curved wall of the memorial is:

THEY GAVE THEIR LIVES
FOR PEACE AND FREEDOM


The names of staff of the Royal Netherlands Airforce, Miltary Airservice Royal Dutch East Indies Army and Naval Air Service who were killed in action.

HERE ARE ALSO COMMEMORATED THOSE
WHOSE NAMES REMAIN UNKNOWN.

In the Memorial Garden adjacent to the National Military Museum is this memorial with the following text:
SERVICEMEN OF THE WEAPON OF THE MILITARY AVIATION WHO WERE KILLED IN ACTION IN MAY 1940 WHILE ON DUTY WITH THE AIRFORCE TO DEFEND THE KINGDOM OF THE NETHERLANDS

ONE TEAM, ONE TASK

Followed by the names of the killed servicemen.