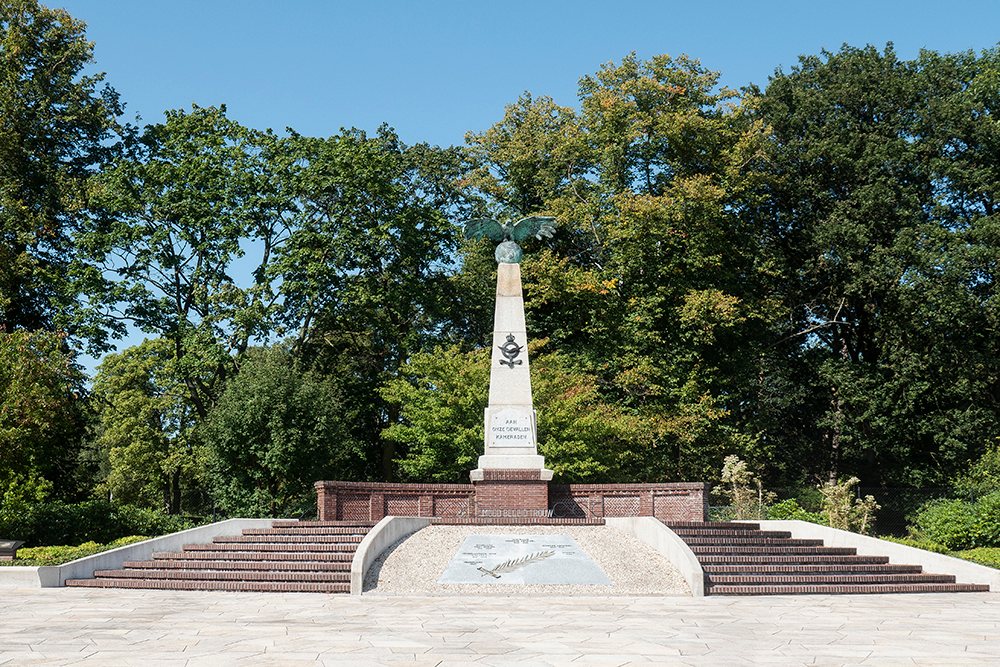 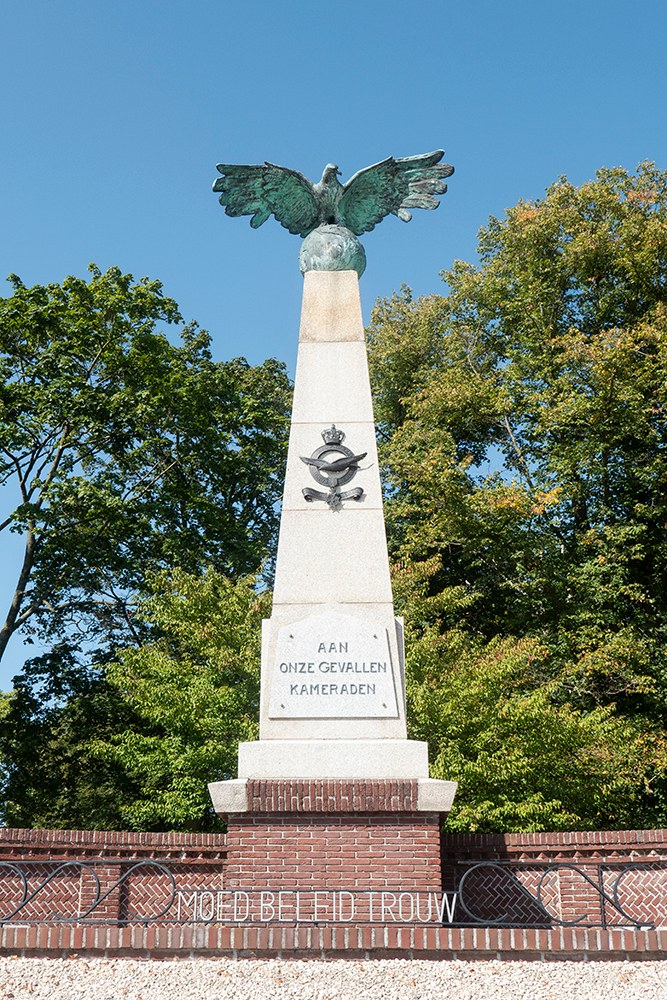 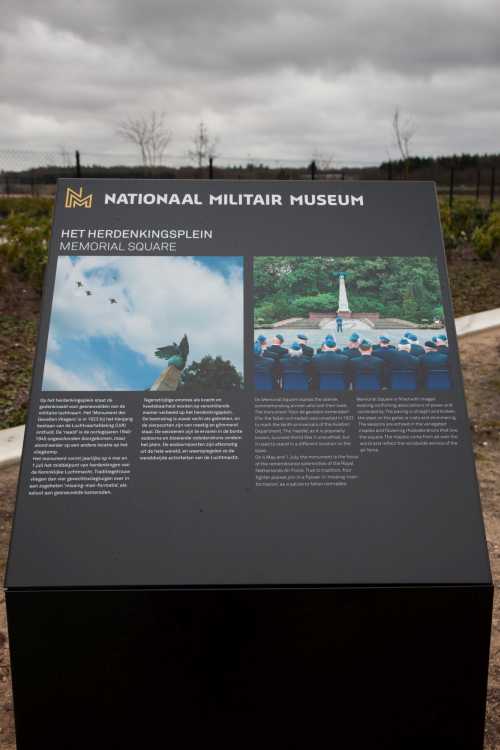 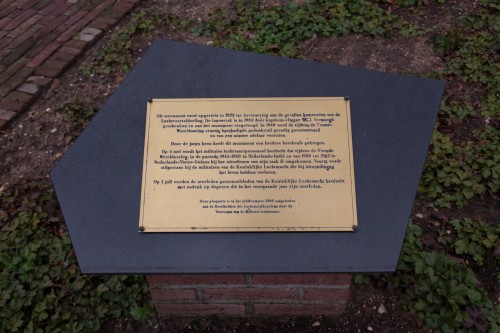 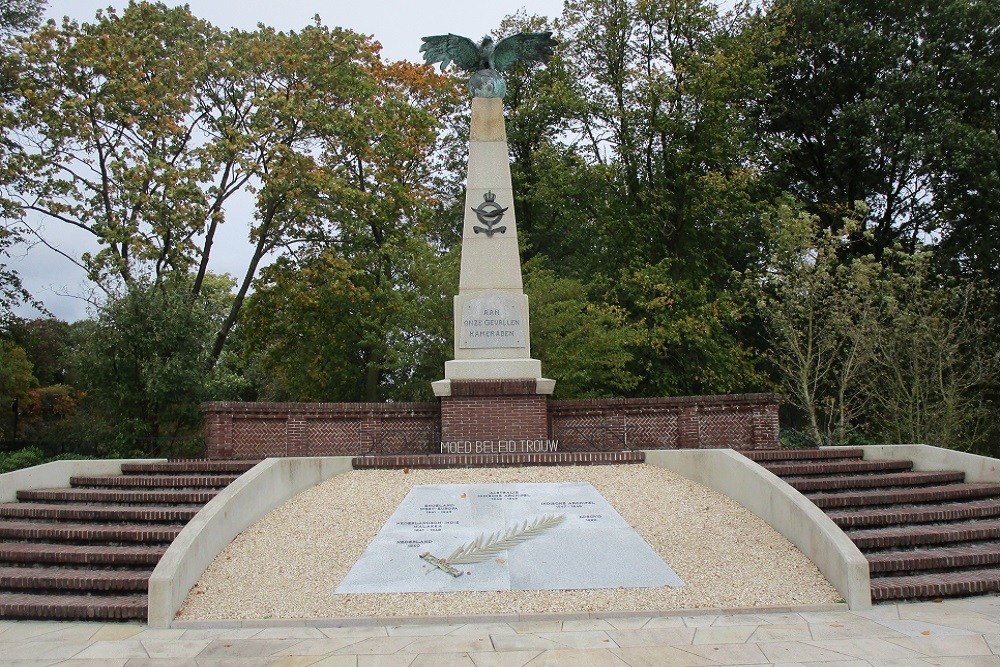 Adjacent to the National Military Museum is this Memorial Square. The text on the central memorial is:
TO
OUR FALLEN
COMRADES

A plaque next to the central memorial gives information about the history of the memorial.

On a plaque next to the central monument is the following text:
This monument was erected in 1923 in memory of the fallen comrades of the Aviation Department. The laurel branch was made in 1935 by captain W.C.J. Versteegh and added to the monument. In 1948, the memorial column, which was badly damaged during the Second World War, was thoroughly restored. and fitted with a new eagle.

Over the years, this monument has acquired a broader meaning.

On May 4, the military aviation personnel are commemorated who died while performing their duties during the Second World War, in the period 1945-1950 in the Dutch East Indies and from 1950 to 1962 in the Netherlands New Guinea. It also looks at the soldiers of the Royal Netherlands Air Force who lost their lives during deployments.

On July 1, the deceased personnel of the Royal Netherlands Air Force will be commemorated with an emphasis on those who died in the previous year.

This plaque was presented in the jubilee year 2003 to the Commander of the Air Forces by the veterans of the Military Aviation.