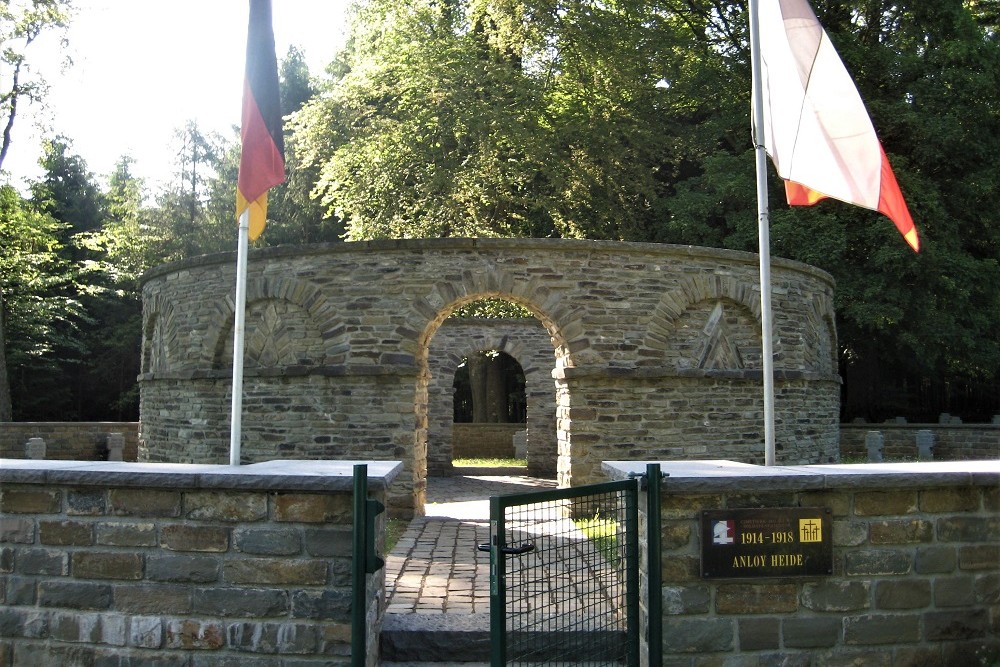 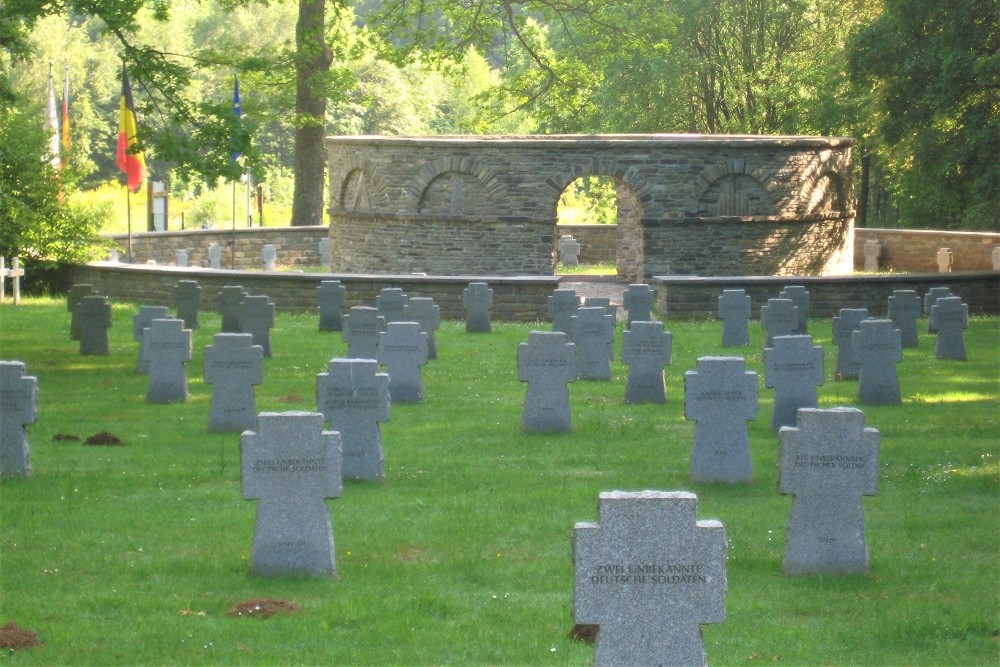 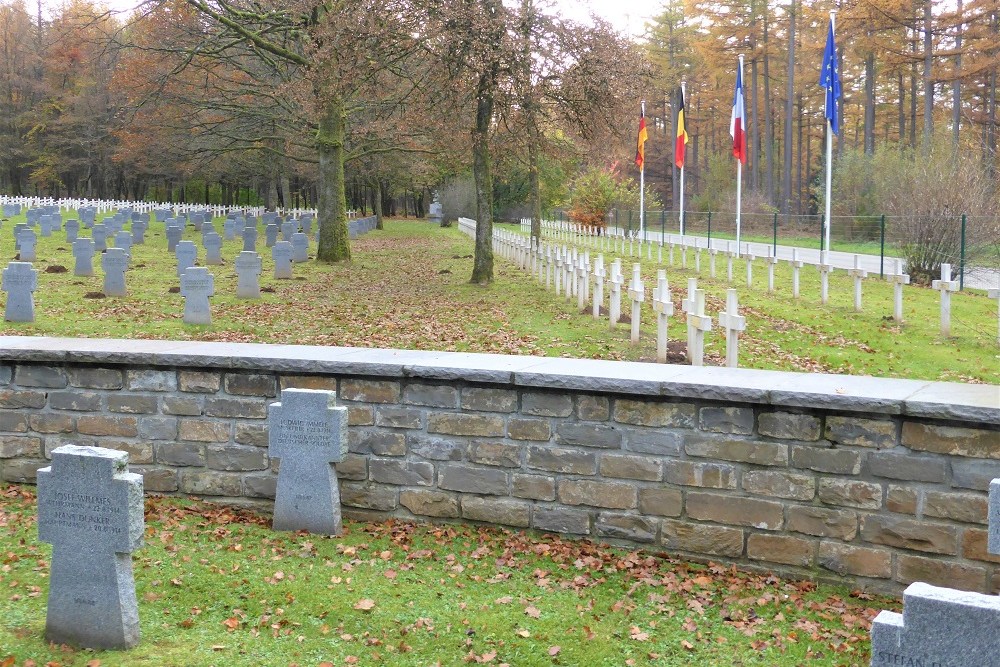 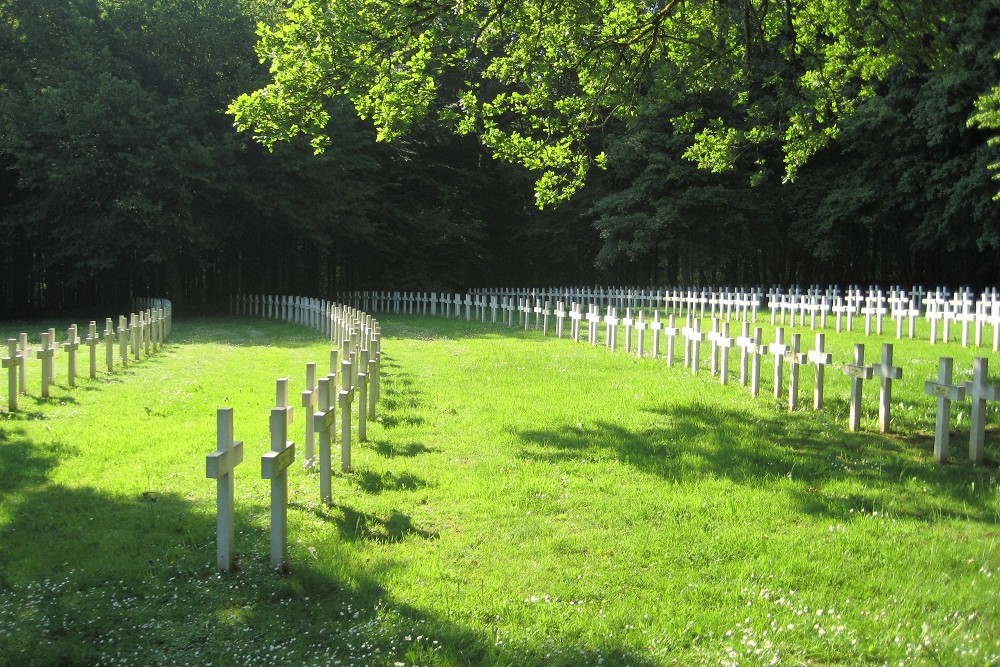 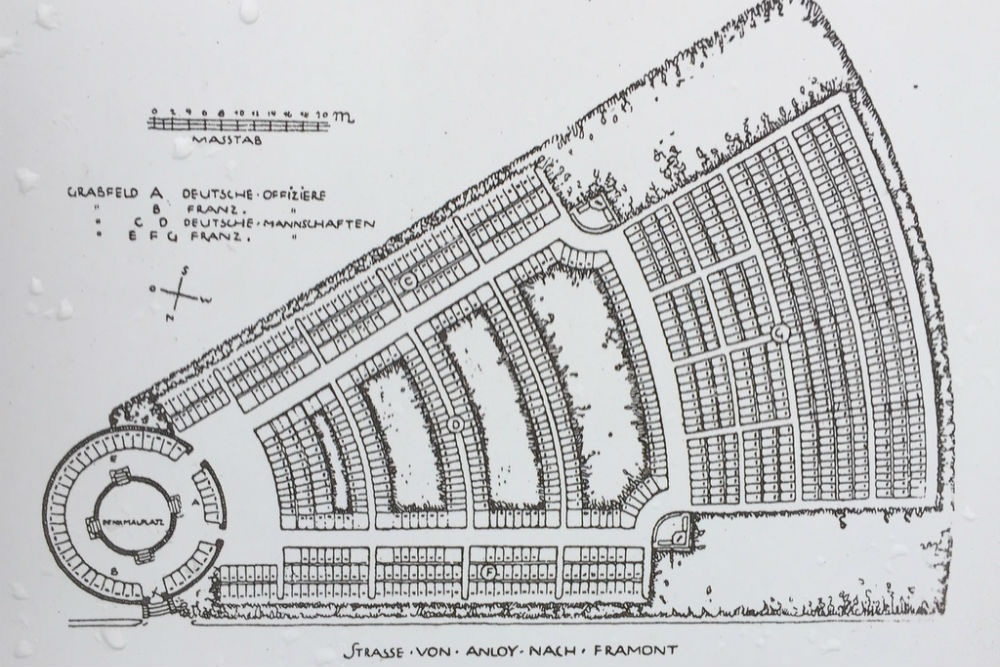 Today, this war graves cemetery holds the remains of 1,012 German and 593 French soldiers who died during the August 1914 battle of the frontiers. The Belgian soldier GRAVIER Clement, who died for France, is also buried here.

The highest ranking officer buried in Anloy is colonel Henri Detrie, leader of the French 20th Infantry Regiment and the youngest colonel in the French army in 1914. A memorial at the outskirt of the Luchy forest in the nearby village of Ochamps marks the spot where he died.
Created by the Germans in 1918, it has been redeveloped on several occasions, most recently in 1958. World war I cemeteries have had a tumultuous past; victims have been repatriated to their home country, small cemeteries, battlefields and regiments have been divided an so on. Therefore the number of war graves cemeteries fell from approximately 58 in 1918-1920 to 25 in 1931 and 11 today.

Digs in Anloy-Bruyére in 1938 revealed the disorder resulting from the various reorganizations: bodies had been buried between emblems, at different depths and often between the crosses.
In 2000 a new monument was placed: "La Mélancolie". This bronze statue sculpted by Flavio Faveri was dedicated to the memory of soldiers from southwest France who fell in Ardennes on 22 of August 1914. It was stolen in 2008 and replaced by a synthetic resin copy.
The Consulate General of France in Brussels and the German War Graves Commission (VDK) maintain Anloy Cemetery.