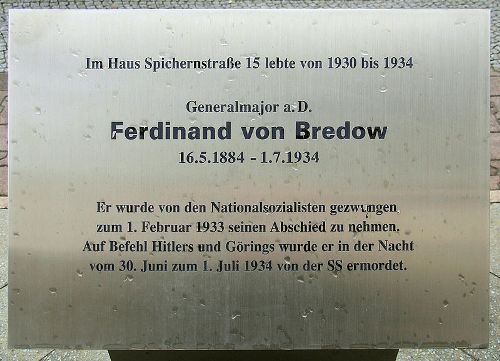 This plaque commemorates the former General-Major Ferdinand von Bredow, who lived here from 1930 until his death. On 1 February 1933, he was forced by the National-Socialists to leave the army.