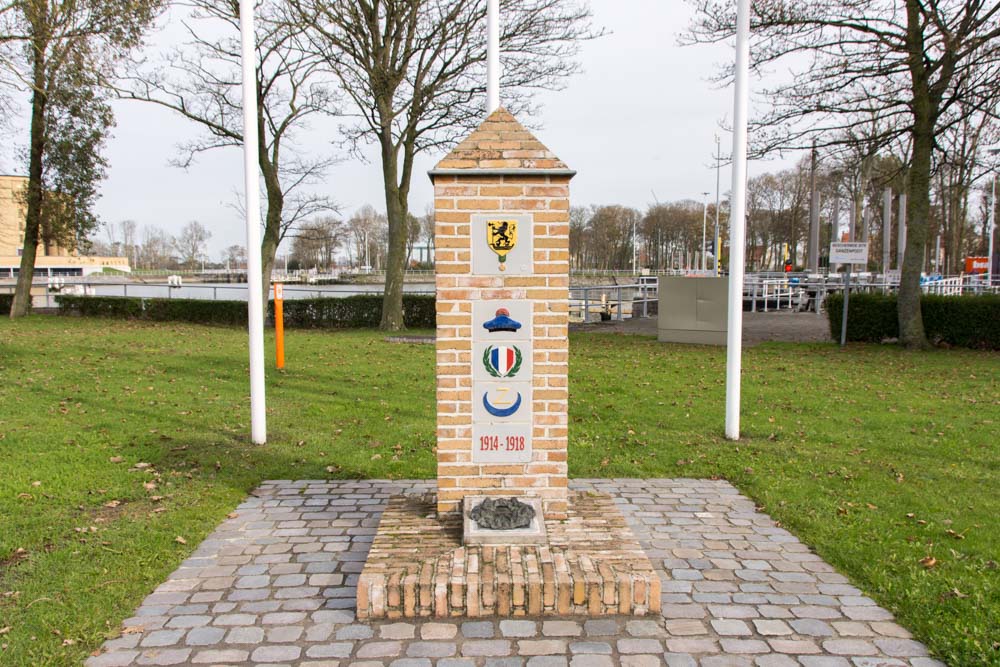 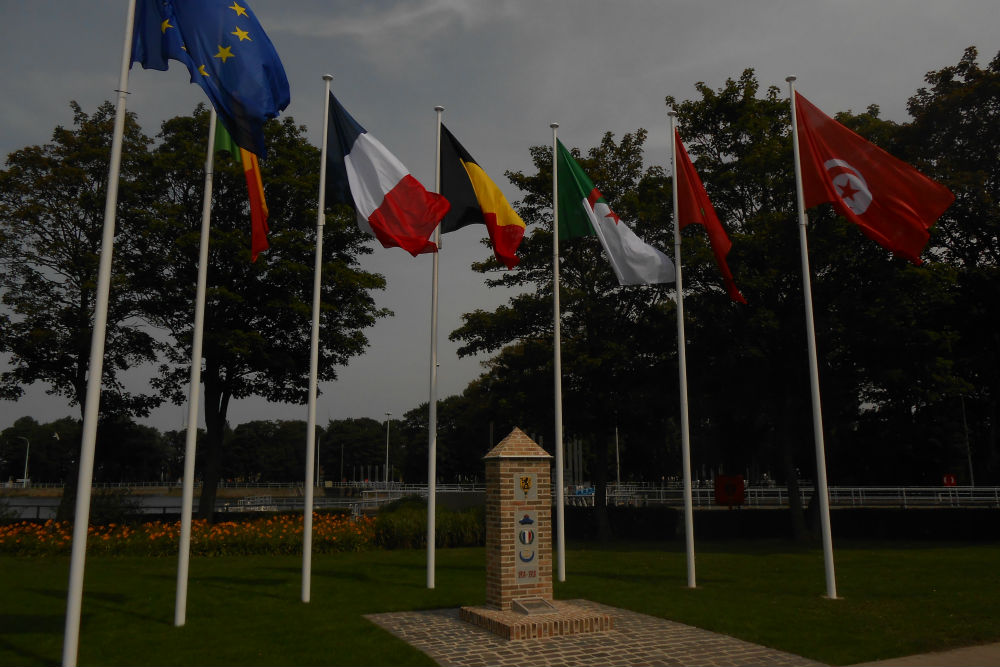 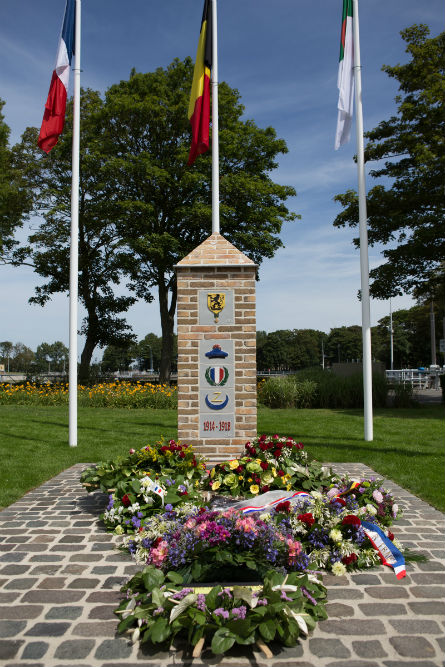 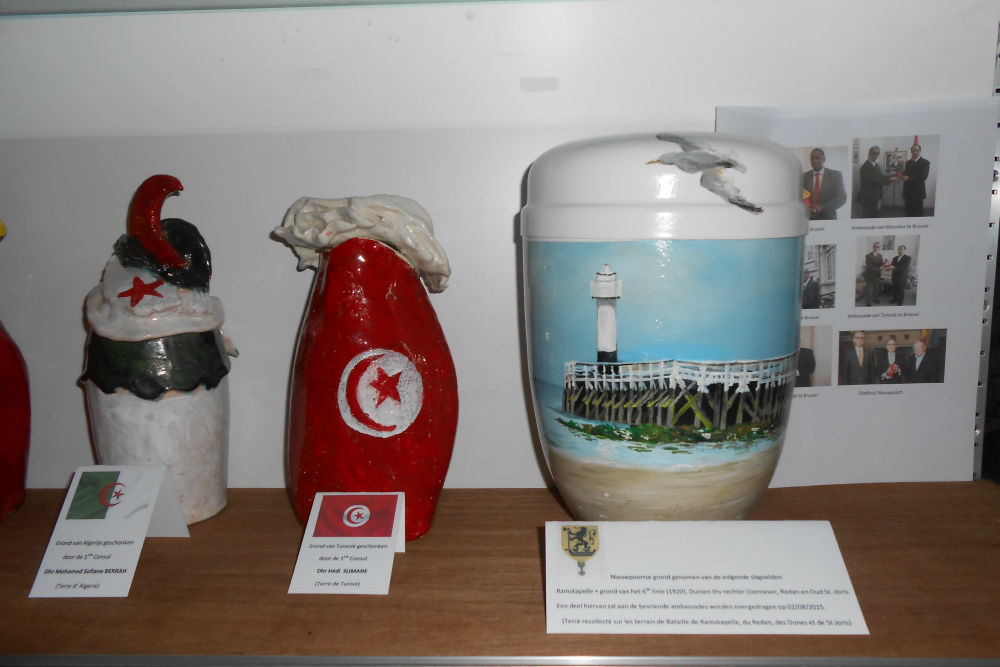 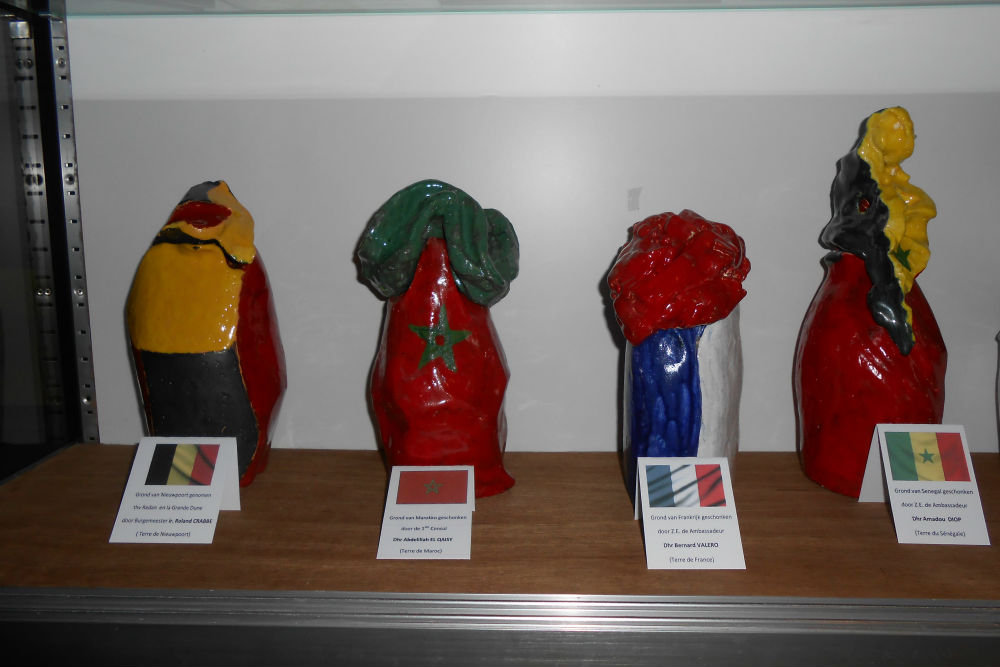 The Franco-African war memorial commemorates the French and North African French-colonial military units that were deployed in Nieuwpoort and the surrounding area during the First World War.

It was built with stones from the houses destroyed in 14-18; the enamel plates are by Missean Chris. The visible urn was made by Tavares. The monument was erected (executed) by the Nieuwpoort community school construction department. The land urns that brought the lands of the different countries to Nieuwpoort were made by Magda Bouillon. The bronze crown on the glass cover stone is a family heirloom of the Pilgrim family and was donated for this monument. After transferring their land to the blue urn, the various ambassadors received their own urn back, but filled with land from the battlefields of Nieuwpoort.

The monument is dedicated to the Breton FM and the "soldats d''outre-mer" (zouaves, spahis, goumiers and tirailleurs). The Belgian urn was handed over to the German ambassador in 2016 as a symbol of Nieuwpoort, city of peace. This was one of the late Burg's last decisions. R. Crabbe (+2016) shortly before his death.