The Purple Heart was instituted in 1782 by George Washington and is the first American decoration. Originally it was awarded for bravery in action, currently it is awarded to those wounded or killed in action, in the latter case posthumously.
An Oak Leaf Cluster is added when a previously wounded person already has a Purple Heart.
The decoration is a purple, heart-shaped badge with bronze edges. It depicts in relief a bust of George Washington wearing the uniform of a general in the Continental Army.
On the reverse side is the inscription: "For Military Merit" with the recipient's name below.
It is estimated that for World War II 1,076,245 Purple Hearts were awarded. 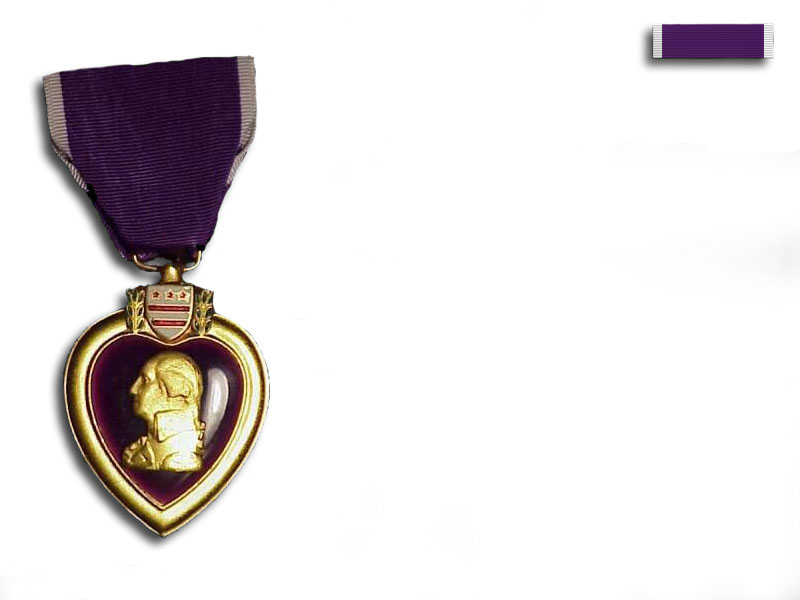