"For conspicuous gallantry and intrepidity at the risk of his life above and beyond the call of duty while serving with the 2d Battalion, 7th Marines, 1st Marine Division, in action against enemy Japanese forces on Peleliu Island, Palau Group, 25 September 1944. When a Japanese soldier emerged from a cave in a cliff directly below an observation post and suddenly hurled a grenade into the position from which 2 of our men were directing mortar fire against enemy emplacements, Pfc. New instantly perceived the dire peril to the other marines and, with utter disregard for his own safety, unhesitatingly flung himself upon the grenade and absorbed the full impact of the explosion, thus saving the lives of the 2 observers. Pfc. New's great personal valor and selfless conduct in the face of almost certain death reflect the highest credit upon himself and the U.S. Naval Service. He gallantly gave his life for his country." 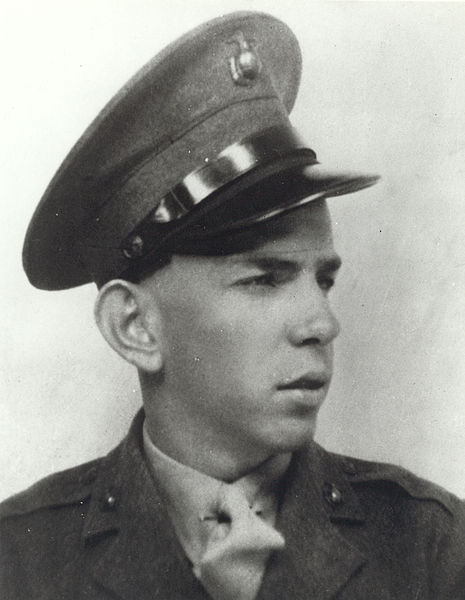 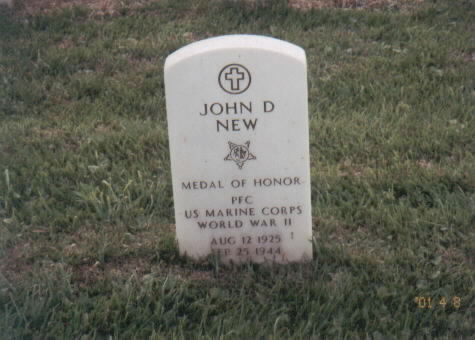 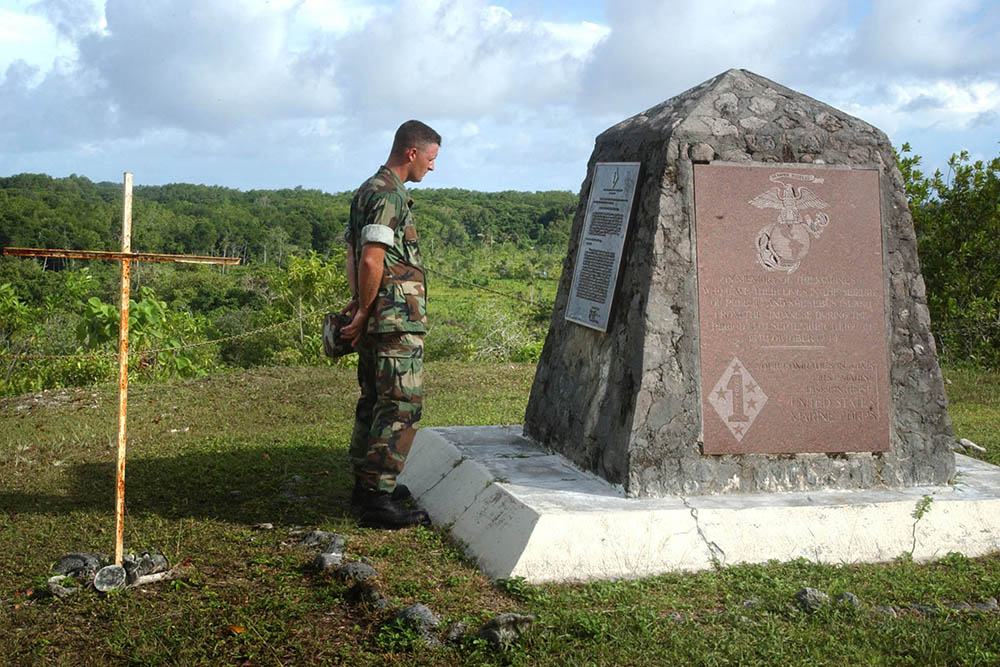