This decoration was instituted by Congress in December 1861 for the Navy. Eligible are officers and enlisted men of the Navy and Marine Corps and the decoration is awarded for 'bravery in action involving actual conflict with the enemy' and then only to those who distinguish themselves conspiciously. In wartime, when the Coast Guard serves with the Navy, its members are also eligible for this decoration, as well as for any other Naval Decoration.
There have been many changes in design since the institution of the decoration but from August 1942 onwards, the Navy reverted to the original pattern authorized in 1861. It now consists of a five-pointed bronze star tipped with trefoils, each ray with sprays of laurel and oak. In the centre of the star is the head of Minerva, surrounded by a circle of 34 stars, representing the number of States in 1862. The medal hangs from its ribbon by an anchor.
In the event of a second award, a gold star is worn on the ribbon. The ribbon is the same as for the Army. 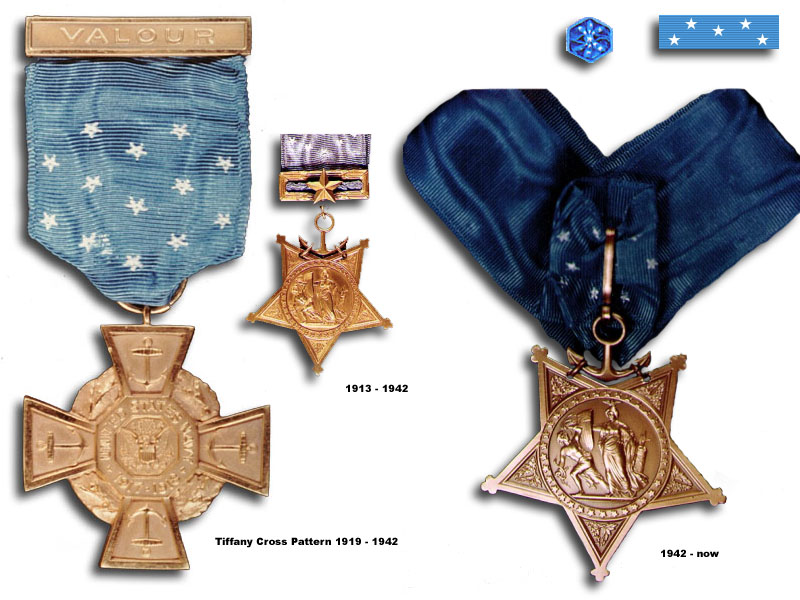