Citation:
"During May, 1940, this officer led his flight in company with his squadron on two offensive patrols over Northern France. As a result of one of these patrols in which the squadron engaged a formation of some 60 enemy aircraft, the Squadron Commander was later reported missing, and the flight commander wounded and in hospital. Flight Lieutenant Tuck assumed command, and on the following day led the squadron, consisting of only eight aircraft, on a further patrol engaging an enemy formation of fifty aircraft. During these engagements the squadron has shot down ten enemy aircraft and possibly another twenty-four. Throughout the combats this officer has displayed great dash and gallantry."

Citation:
"Since the 11th June 1940, this officer has destroyed six enemy aircraft, and probably destroyed or damaged six more. One day in August 1940, he attacked three Junkers 88's, destroyed two and damaged the third. Later in the month he intercepted two Junkers 88's at 15,000 feet, and in a headon attack destroyed one. In a similar attack on the second, a cannon shell blew away his oil and glycol tank and a piece of his propellor, but he reached the cost and landed by parachute. In September, 1940, he shot down one Messerschmitt 110 and probably a Messerschmitt 109 over the sea. Flight Lieutenant Tuck has displayed gallant and determined leadership."

Publiced in The London Gazette issue 34978 dated 25th October 1940
Received as a Bar for on the ribbon of the first DFC.

Citation:
"This officer has commanded his squadron with great success, and his outstanding leadership, courage and skill have been reflected in its high morale and efficiency. Since 4th October 1940, he has destroyed four hostile aircraft, bringing his total victories to at least eighteen."

Citation:
"This officer has displayed conspicious gallantry and initiative in searching for and attacking enemy raiders, often in adverse weather conditions. Since December, 1940, he has destroyed three enemy bombers and one fighter, thus bringing his total victories on twenty-two."

Published in The London Gazette issue 35134 dated 11th April 1941.
Received as second Bar for on the ribbon of his first DFC.

Published in the Fourth Supplement of The London Gazette issue 37610, dated 14th June 1946.

With "BATTLE OF BRITAIN" bar. 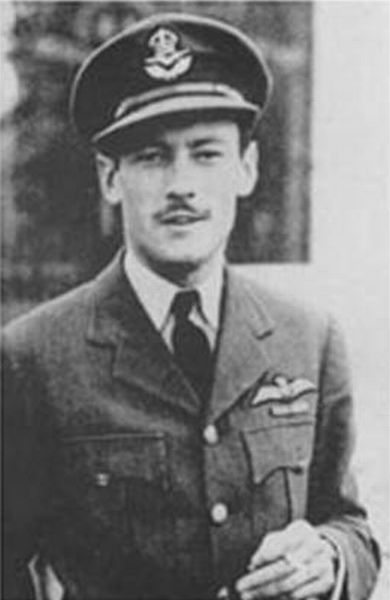