Benjamin Lewis Salomon was born September 1,1914 in Milwaukee. He attended Shorewood High School and Marquette University but continued his university education at South Carolina University. In 1937 he graduated in dentology and started his own dental practice.
He entered military service in 1940. He ended up in the 105th Infantry Regiment, 27th Infantry Division as Regimental Dental Officer through the Army Dental Corps. During the invasion of Saipan, he deputized voluntarily for the physician of 2nd battalion who had become a casualty. On July 7, 1944, Japanse soldiers barged into the surgery tent of the unit and Benjamin Salomon lost his life defending the injured.
Promotions:
1940: Private;
14 augustus 1942: 1st Lieutenant;
1944: Captain.

Citation:
"For conspicuous gallantry and intrepidity at the risk of his life above and beyond the call of duty. Captain Ben L. Salomon was serving at Saipan, in the Marianas Islands on July 7, 1944, as the Surgeon for the 2d Battalion, 105th Infantry Regiment, 27th Infantry Division. The Regiment's 1st and 2d Battalions were attacked by an overwhelming force estimated between 3,000 and 5,000 Japanese soldiers. It was one of the largest attacks attempted in the Pacific Theater during World War II. Although both units fought furiously, the enemy soon penetrated the Battalions' combined perimeter and inflicted overwhelming casualties. In the first minutes of the attack, approximately 30 wounded soldiers walked, crawled, or were carried into Captain Salomon's aid station, and the small tent soon filled with wounded men. As the perimeter began to be overrun, it became increasingly difficult for Captain Salomon to work on the wounded. He then saw a Japanese soldier bayoneting one of the wounded soldiers lying near the tent. Firing from a squatting position, Captain Salomon quickly killed the enemy soldier. Then, as he turned his attention back to the wounded, two more Japanese soldiers appeared in the front entrance of the tent. As these enemy soldiers were killed, four more crawled under the tent walls. Rushing them, Captain Salomon kicked the knife out of the hand of one, shot another, and bayoneted a third. Captain Salomon butted the fourth enemy soldier in the stomach and a wounded comrade then shot and killed the enemy soldier. Realizing the gravity of the situation, Captain Salomon ordered the wounded to make their way as best they could back to the regimental aid station, while he attempted to hold off the enemy until they were clear. Captain Salomon then grabbed a rifle from one of the wounded and rushed out of the tent. After four men were killed while manning a machine gun, Captain Salomon took control of it. When his body was later found, 98 dead enemy soldiers were piled in front of his position. Captain Salomon's extraordinary heroism and devotion to duty are in keeping with the highest traditions of military service and reflect great credit upon himself, his unit, and the United States Army." 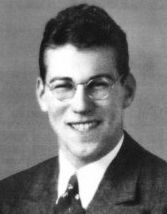