Ivan Kozhedub was born on 8 June 1920 in Ukraine as the youngest of five children in his family. In beginning of 1940 he graduated from the Shostka chemical technical school, and then he joined the Soviet Army admitting to the Chuguyev military aviation school. He was such a good pilot that his skills first prevented him from doing wartime duties. He was used as an instructor right away. It lasted till March 26th 1943, before he made his first combat flight. He was posted at the Voronezh front where he flew his Lavochkin La-5s with the 240 IAP with the rank of Starshi Serzhant ("senior sergeant"). After becoming Mladshiy Leytenant ("junior Lieutenant"), he shot down his first enemy, a Junkers Ju 87 on July 6th. During an Air battle on the 9th of that same month he made his fourth kill with what he met the conditions for his first Order of the Red Banner.
He took over command of a fighter squadron and became a specialist in surprise attack, where you close in on your enemy before firing. By September 1943 he had become a Captain. By the end of October 1943 he had downed 20 enemies and was qualified for the highest Soviet Award, the Hero of the Soviet Union.
In March 1944 he had already downed 34 enemies and he was awarded the Hero of the Soviet Union for a second time. Shortly after June 1944 he was assigned as deputy commanding officer of 176 GIAP with a score of 44 enemy planes. On February 10th 1945, he scored his 50th enemy plane.
It is claimed that Kozhedub shot down one of the first Messerschmitt Me 262 jets. This claim has however never been verified. In the records it has not been placed as a verified kill.
By March 31st 1945, he had made his 60th enemy plane shot down and confirmed. Making him the highest scoring allied fighter pilot.

Kozhedub continued fighting in the Korean War, displaying very good leadership. Between 1956 and 1963 he became an inspector of the VVS Flight Training and became deputy commander of the Moscow PVO Forces in January 1964. He finally rose to Inspector of the Soviet Ministry of Defence with the rank of Marshal Aviatsiyi (Air Marshall). 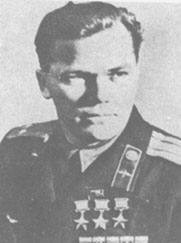 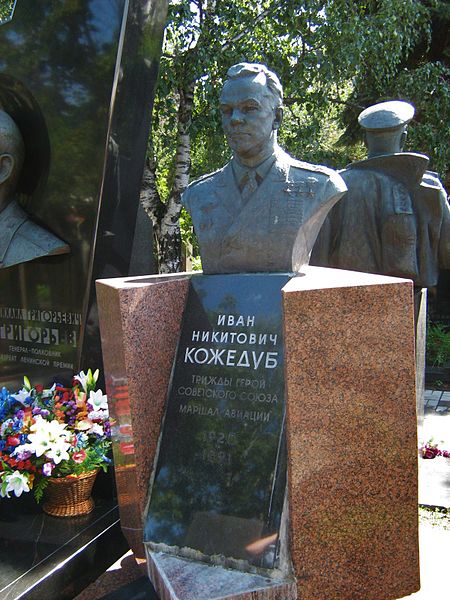 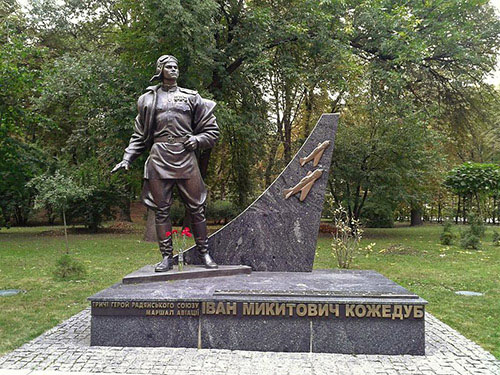 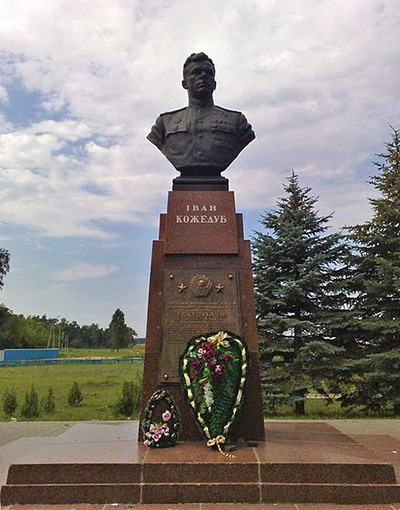 Memorial Threefold Hero of the Soviet Union I. Kozhedub 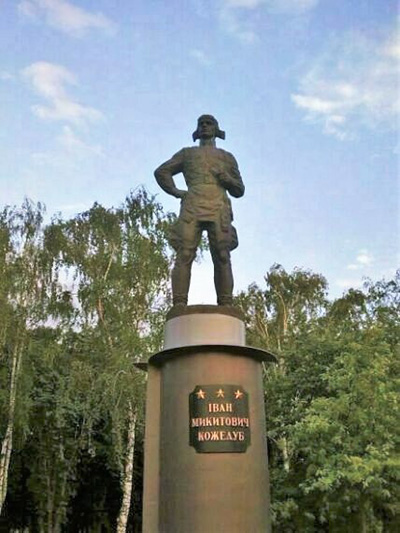