During the fighting of the 4. Panzer-Division at Stary Bychow, the Germans were faced with a problem. The Schützen regiments had crossed the Dnieper river north of the city, but the Panzers could not be made to cross here due to the marshy terrain. Moreover, the main road over the Dnieper had been compromised by the blowing up of the bridge, the Soviet fortifications on the eastern shore and the thick marshland behind these.

Oberleutnant Rode decided to take matters into his own hands. He was at the head of his Kompanie as they began climbing over the ruins of the bridge. By the time the Soviets were alerted the Germans were already starting to eliminate the bunkers on the far bank, and this line of defenses was soon cleared. The Germans then overran the second line of defense, and after this Oberleutnant Rode made a beeline at full speed towards the long wooden bridge over the marshland before the Soviets could blow it up. After an exhausting run he was able to make it there in the nick of time to sever the already burning detonation chord before it set off the charges.

The newly-conquered bridge was successfully held against counterattacks thanks to the arrival of the Schützen regiments from the north, and the Dnieper bridge was swiftly repaired. For his role in conquering the crossings that were vital for the continued advance of the Panzers, Rode would receive the Knights Cross. 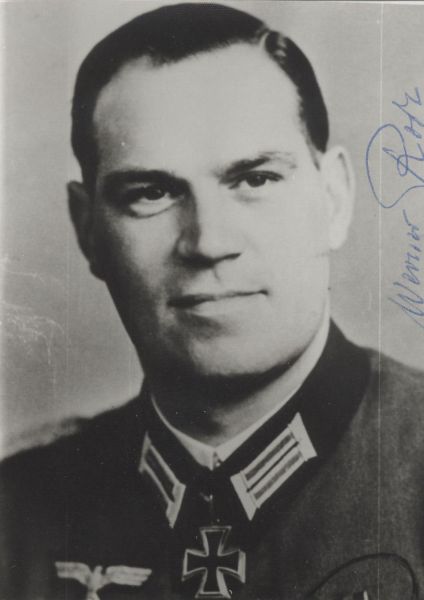