He served with the New Zealand Rifles as Second Lieutenant from 1924 until 1930, before moving to the United Kingdom to join the RAF. After his basic training het was send to India in the late 1930's to return to England in 1935 and joining the No. 54 Squadron. Later he served with No. 35 Squadron. At the time he was promoted to Flight Lieutenant in 1936, he served with the Staff of the Aeroplane and Armament Experimental Establishment (A. & A.E.E.), where he tested new planes for the RAF.
He married to Betty Ailsa Taylor.

In 1941 he became Sector Commander with No. 9 Group, fighter Command. In 1941 and 1942 he led the No. 151 Wing as its Wing Commander in the Soviet Union. The Wing was flying Hurricanes and was send there to help the Soviets in their struggle against the German forces. When he returned to England he was appinted A.O.C. of RAF Church Stanton, Valley and Woodvale between 1942 and 1944 and then was send to India. Here he commanded the No. 342 Wing in Burma and South-east Asia.

He stayed in South-East Asia until 1947. After this he became Commanding Officer of RAF West Malling.
Ramsbottom-Isherwood was killed on 24th April 1950, when he crashed in bad weather with his Gloster Meteor IV. Wreckage pieces of his plane were found until in 2003.

Citation:
"This officer has displayed great leadership and set a splendid example. He contributed materially to the successes obtained by our pilots in Russia.

Ramsbottom-Isherwood was given Royal permission to wear the Order of Lenin on 31st March 1941.
No. 7384.

Awarded with clasp "FRANCE AND GERMANY". 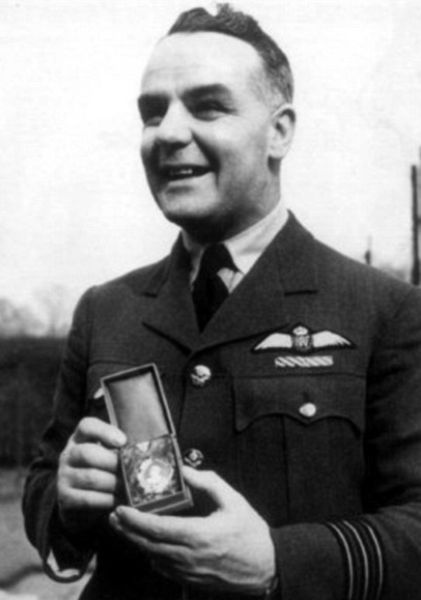