Truscott was educated at Melbourne High School after which he worked some time as a clerk. He was a good football player and played for the Melbourne Football Club which brought him fame.
He enlisted in the Royal Australian Air Force on 21 July 1940 but struggled with flying lessons.
His flying program continued though in Canada after which he was commissioned in February 1941 and sent to England where he joined No.452 Squadron in May. Flying Spitfires, he took part in offensive patrols and escorted bombers. In January 1942 he became Commanding Officer of 452 Squadron.
He was rested in May 1942 and returned to Australia after which he was posted at No. 76 Squadron in the Pacific, flying in Kittyhawks. From Papua No. 76 and 75 Squadron played a decisive role in driving back the Japanese who had landed at Milne Bay.
On 27 August, when No.76 Squadron's commanding officer was killed at a critical stage of the battle, Truscott took command.
During a period of routine flying, on 28 March 1943, while carrying out mock attacks over Exmouth Gulf, Western Australia, he misjudged his height, struck the water and was killed.

Citation:
"This officer joined the squadron in May,1941, after a period of training in Australia and Canada. He has participated in many operational sorties against the enemy and has displayed great courage and determination throughout. Pilot Officer Truscott has destroyed at least 6 enemy aircraft."

Citation:
"This officer is a skilful and courageous fighter pilot. Since May, 1941, he has participated in a large number of sorties and convoy escorts. Throughout, he has shown a fine fighting spirit and, in combat, he has destroyed 11, probably destroyed 3 and damaged a further 2 hostile aircraft. One day in February, 1942, Squadron Leader Truscott participated in an attack on an enemy destroyer which was left in a damaged condition with black smoke issuing from behind the bridge. The next day, he assisted in the destruction of a German floatplane." 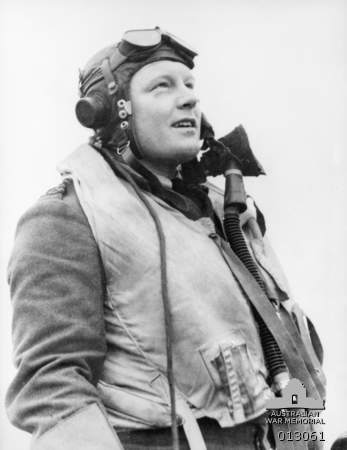 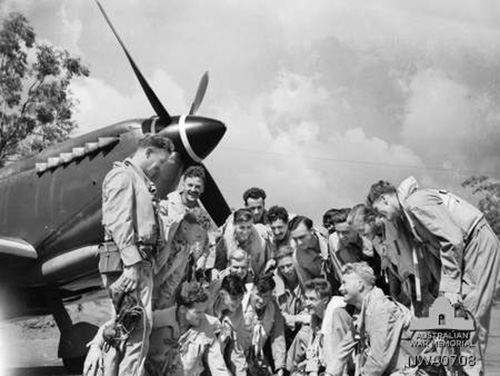