For making the warn-torn Port of Cherbourg functional in one day.

"Major General Lucius DuBignon Clay (ASN: 0-9318), United States Army, was awarded the Army Distinguished Service Medal for exceptionally meritorious and distinguished services to the Government of the United States, in a duty of great responsibility as Director of Materiel, Army Service Forces, from 1941 to 1944."

"Lieutenant General Lucius D. Clay (ASN: 0-9318), United States Army, was awarded a Bronze Oak Leaf Cluster in lieu of a Second Award of the Army Distinguished Service Medal for exceptionally meritorious and distinguished services to the Government of the United States, in a duty of great responsibility as Deputy Military-Governor American Zone of Occupation Germany from 1945 to 1946."

"The President of the United States of America, authorized by Act of Congress, 20 July 1942, takes pleasure in presenting the Legion of Merit to General [then Colonel] Lucius DuBignon Clay (ASN: 0-9318), United States Army, for exceptionally meritorious conduct in the performance of outstanding services to the Government of the United States as Officer-in-Charge of Defense Airport Program, Civil Aeronautics Department from 1 October 1940 to 16 December 1941."

"AS UNITED STATES Military Governor in Germany and Commander-in-Chief of United States Forces in Europe, General Lucius D. Clay performed services of supreme value to his country and to humanity.

Previously distinguished for his outstanding work in helping to arm our forces, he added new and imperishable luster to his record by the manner in which he carried out his uniquely challenging task in Military Government in Germany. General Clay in this capacity proved himself not only a soldier in the finest tradition of our American arms, not only an administrator of rare skill, but a statesman of the highest order--firm, courageous, dedicated to the cause of peace. His entire administration was marked by a deep devotion to our democratic ideals of justice and freedom.

Conditions in Germany were such that he could not be spared from his task until May fifteenth of this year. He was released then only because his work had reached a milestone with the framing of a Constitution for Western Germany. His was an assignment of unexampled complexity and difficulty, and the completion of it represents an accomplishment of which his countrymen can be forever proud." 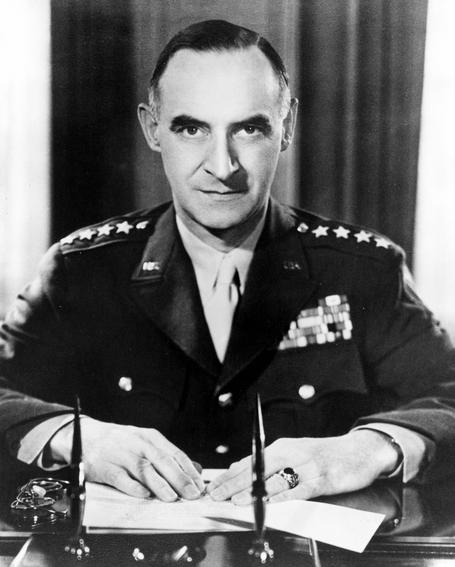 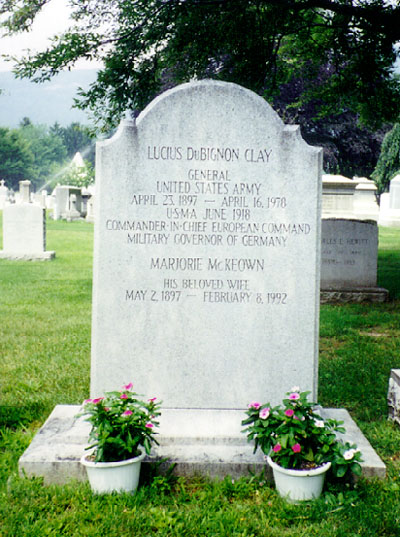