Citation: For extraordinary heroism in action on 23 March 1945, near Speyer, Germany. When the tank on which he was riding received heavy bazooka and small arms fire, Sergeant Carter voluntarily attempted to lead a three-man group across an open field. Within a short time, two of his men were killed and the third seriously wounded. Continuing on alone, he was wounded five times and finally forced to take cover. As eight enemy riflemen attempted to capture him, Sergeant Carter killed six of them and captured the remaining two. He then crossed the field using as a shield his two prisoners from which he obtained valuable information concerning the disposition of enemy troops. Staff Sergeant Carter's extraordinary heroism was an inspiration to the officers and men of the Seventh Army Infantry Company Number 1 (Provisional) and exemplify the highest traditions of the Armed Forces. 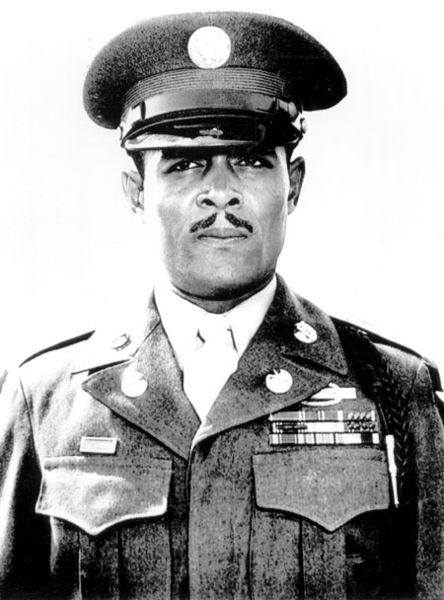