For meritorious achievement while participating in aerial flights as combat crew in successful combat missions against the Japanese empire. There missions were flown under rapidly changing and often times adverse weather conditions. The flights were subjected to intense enemy anti-aircraft fire and fighter opposition. There were constantly present difficult navigational problems, danger of engine failure and (something) ditching many miles at sea. Under a prolonged period of physical and mental strain, and undaunted by the many hazards faced regularly and continuously, each crew member displayed such courage and skill in the performance of his duty as to reflect great credit on himself and the Army Air Forces. 16 April 1945 to 5 June 1945

For extraordinary achievement while participating in aerial flight form a base in the Marinas over the Japanese home island of Honshu and Kyushu 4 May 1945 and 15 June 1945. On 4 May, Major Howard was Command Pilot of an operational squadron of the 39th Bombardment Group which carries out a strike against the airfield at Saeki on Kyushu. At the assembly area, when the lead aircraft did not appear at the appointed time. Major Howard delegated the lead to the deputy leader, in whose plane he was flying, and directed the formation of the remainder of the squadron with precision and superior airmanship. Due to his skill, the assembly was completed on time, and Major Howard then by evasive action, led the formation through anti-aircraft fire on the withdrawal. On 15 June, Major Howard was Command Pilot of B-29 aircraft assigned to a special reconnaissance mission for the highly successful daylight formation strike against the urban area of Osaka Japan. His mission was to proceed the main body of the 314th Bombardment Wing to the assembly area and ascertain the altitudes at which weather conditions were most favorable for assembly. He circled thin the assembly area and over the target for more than one hour at altitudes ranging from 10,000 to 25,000 feet. Major Howard finally discovered a spot at 20,000 feet between two layers of clouds which was large enough for the striking force to assemble. This information along with other invaluable navigational data, was transmitted to the striking force, and he circled over the assembly area to assist while the assembly was completed. His mission accomplished, in spite of a dangerously low fuel supply, he then set a course for a return flight to base. The outstanding professional attainments of Major Howard , and his courageous devotion to duty, precision, and skill reflect great credit on himself and the Army Air Force. 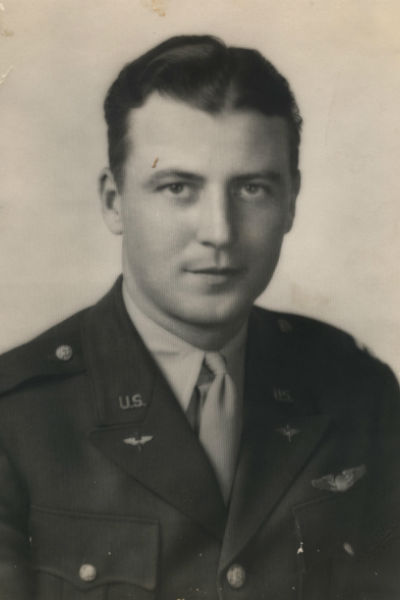