"He was a company aid man when the 1st Battalion assaulted a jagged escarpment 400 feet high As our troops gained the summit, a heavy concentration of artillery, mortar and machine gun fire crashed into them, inflicting approximately 75 casualties and driving the others back. Pfc. Doss refused to seek cover and remained in the fire-swept area with the many stricken, carrying them 1 by 1 to the edge of the escarpment and there lowering them on a rope-supported litter down the face of a cliff to friendly hands. On 2 May, he exposed himself to heavy rifle and mortar fire in rescuing a wounded man 200 yards forward of the lines on the same escarpment; and 2 days later he treated 4 men who had been cut down while assaulting a strongly defended cave, advancing through a shower of grenades to within 8 yards of enemy forces in a cave's mouth, where he dressed his comrades' wounds before making 4 separate trips under fire to evacuate them to safety. On 5 May, he unhesitatingly braved enemy shelling and small arms fire to assist an artillery officer. He applied bandages, moved his patient to a spot that offered protection from small arms fire and, while artillery and mortar shells fell close by, painstakingly administered plasma. Later that day, when an American was severely wounded by fire from a cave, Pfc. Doss crawled to him where he had fallen 25 feet from the enemy position, rendered aid, and carried him 100 yards to safety while continually exposed to enemy fire. On 21 May, in a night attack on high ground near Shuri, he remained in exposed territory while the rest of his company took cover, fearlessly risking the chance that he would be mistaken for an infiltrating Japanese and giving aid to the injured until he was himself seriously wounded in the legs by the explosion of a grenade. Rather than call another aid man from cover, he cared for his own injuries and waited 5 hours before litter bearers reached him and started carrying him to cover. The trio was caught in an enemy tank attack and Pfc. Doss, seeing a more critically wounded man nearby, crawled off the litter; and directed the bearers to give their first attention to the other man. Awaiting the litter bearers' return, he was again struck, this time suffering a compound fracture of 1 arm. With magnificent fortitude he bound a rifle stock to his shattered arm as a splint and then crawled 300 yards over rough terrain to the aid station. Through his outstanding bravery and unflinching determination in the face of desperately dangerous conditions Pfc. Doss saved the lives of many soldiers. His name became a symbol throughout the 77th Infantry Division for outstanding gallantry far above and beyond the call of duty." 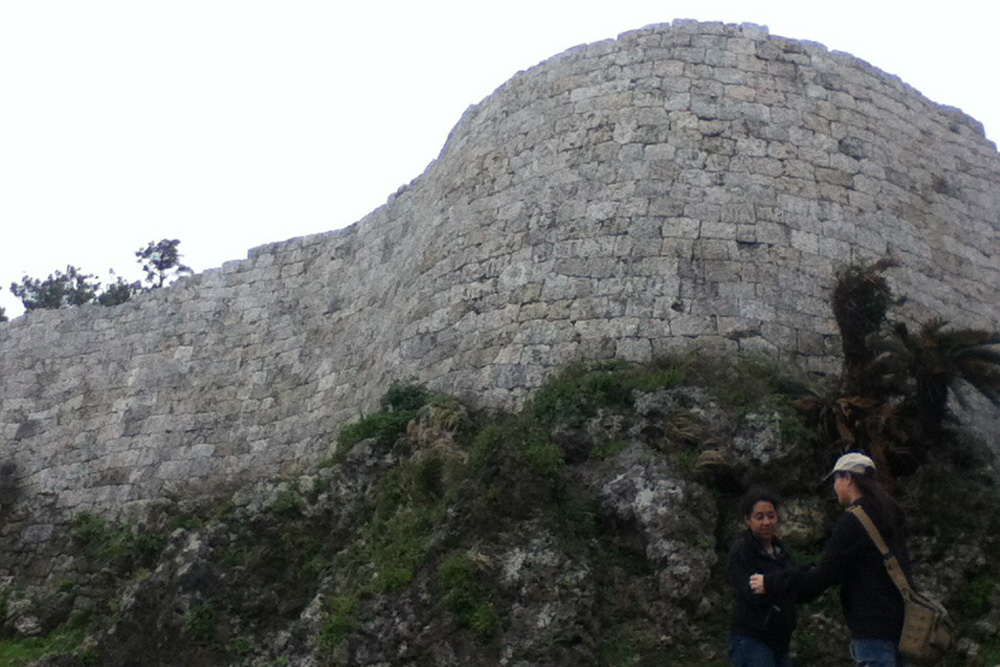 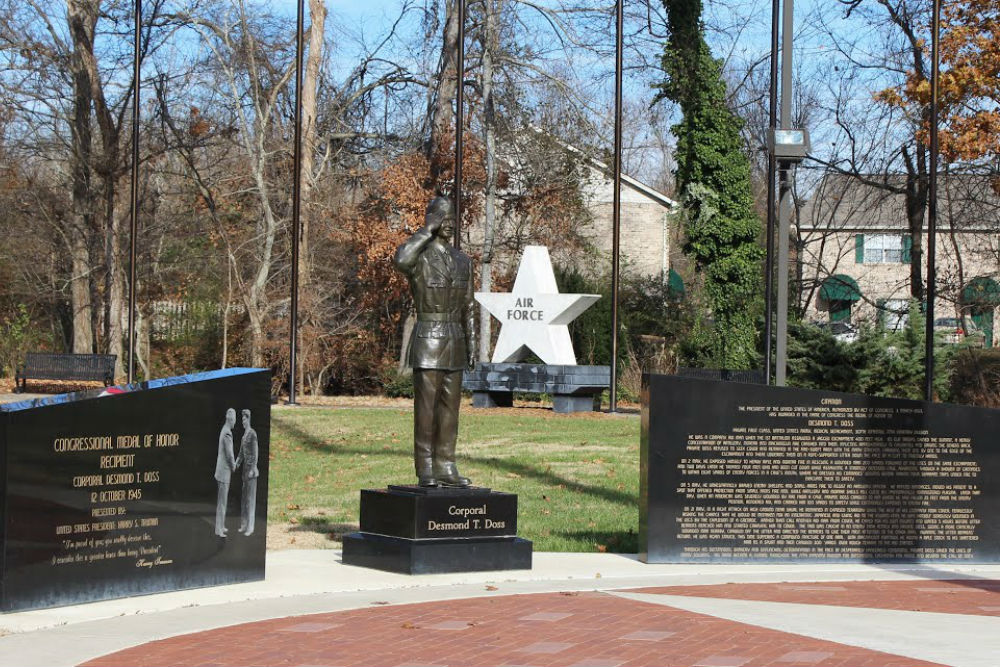