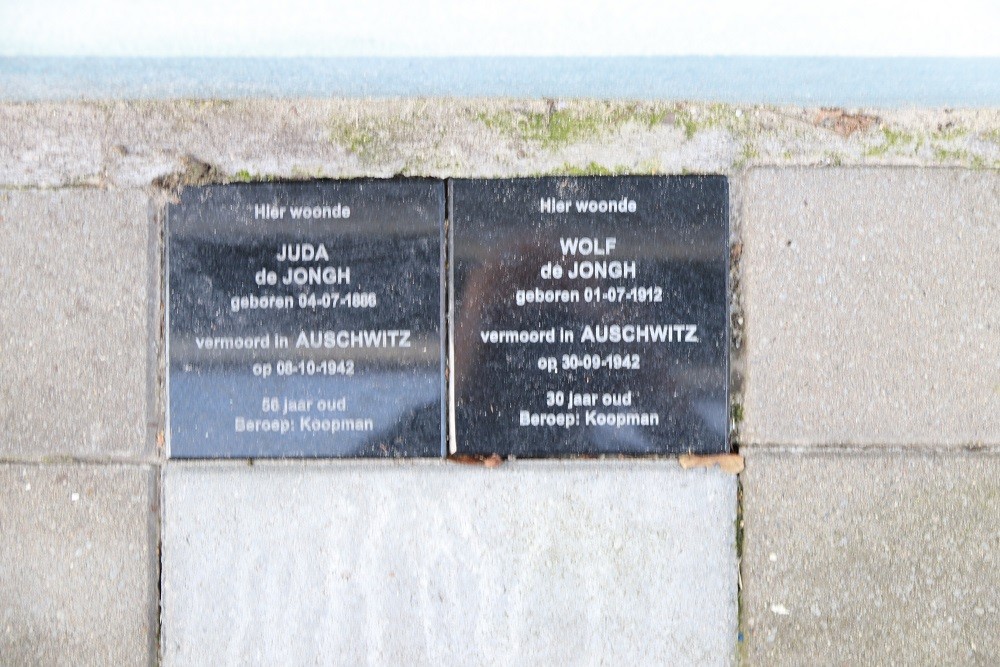 In Den Helder are at this place Memorial Stones for:
Juda de Jongh
Wolf de Jongh