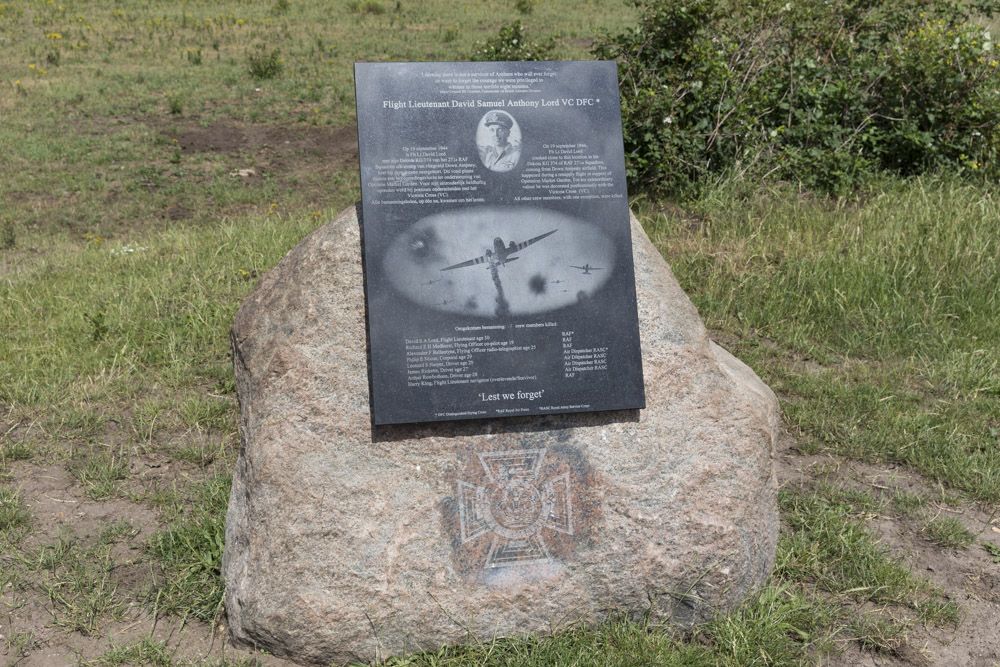 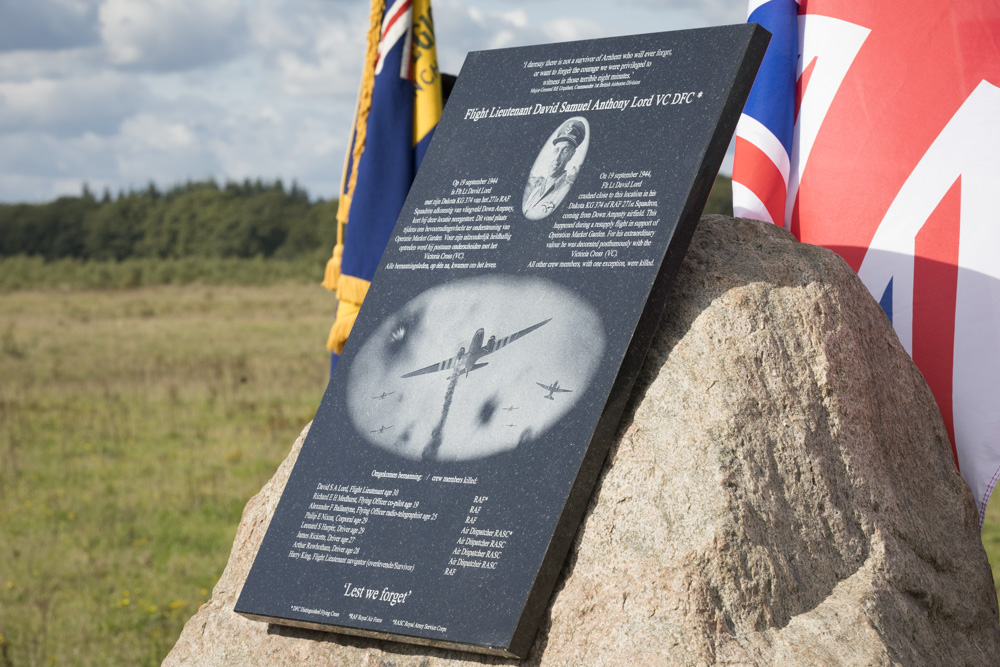 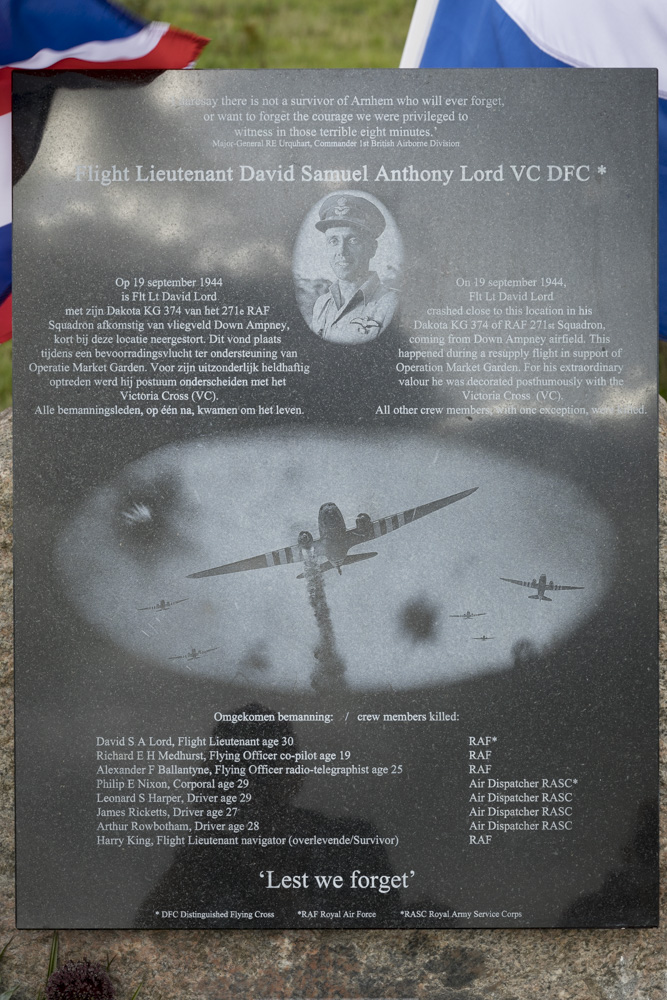 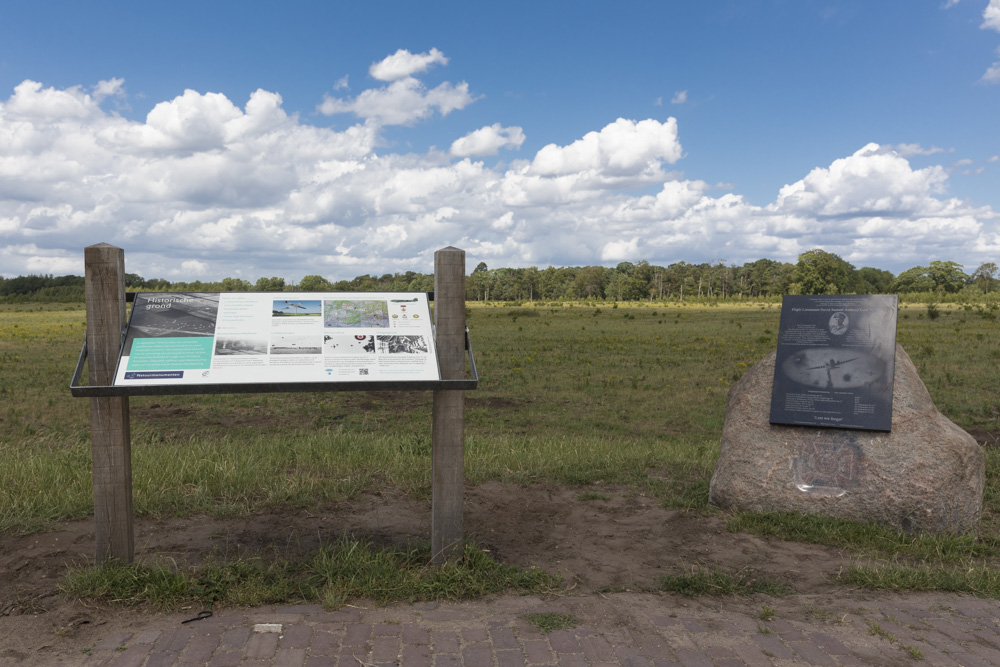 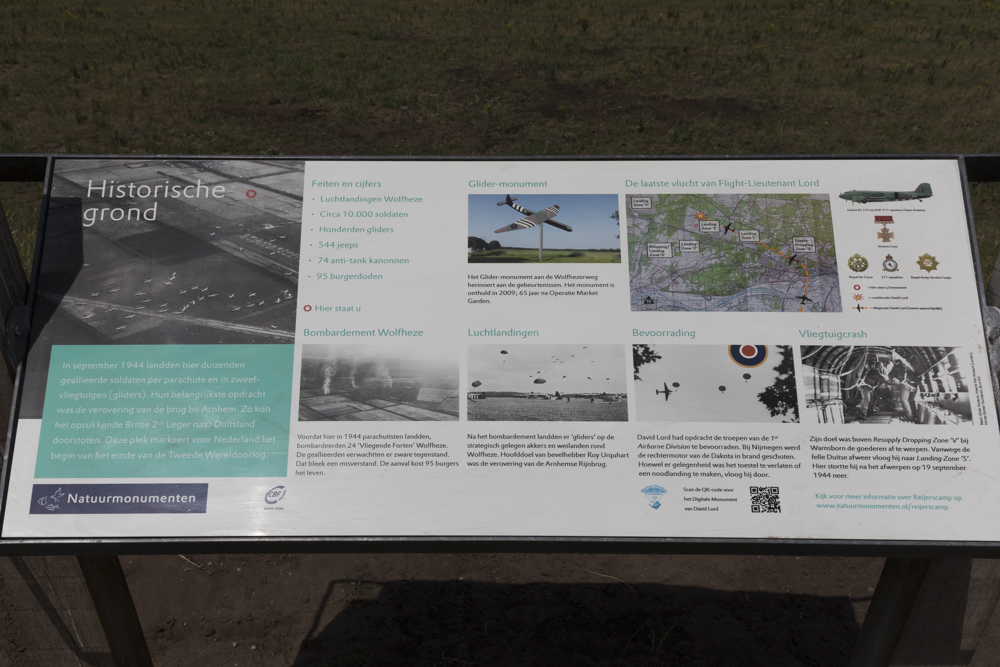 On 19 September 1944 Flight Lieutenant Lord crashed with his Dakota on Landing Zone S at Reijerskamp in Wolfheze. He made a resupply flight for the 1st Airborne Division that was fighting the Battle of Arnhem. Although his aircraft was on fire, Lord pressed on to make sure he dropped his load at the right spot. Few moments later the aircraft broke in pieces. Flight Lieutenant Lord was posthumously awarded the Victoria Cross for his courageous action.

On 19 September 2019 this memorial was unveiled not far from the crash location.