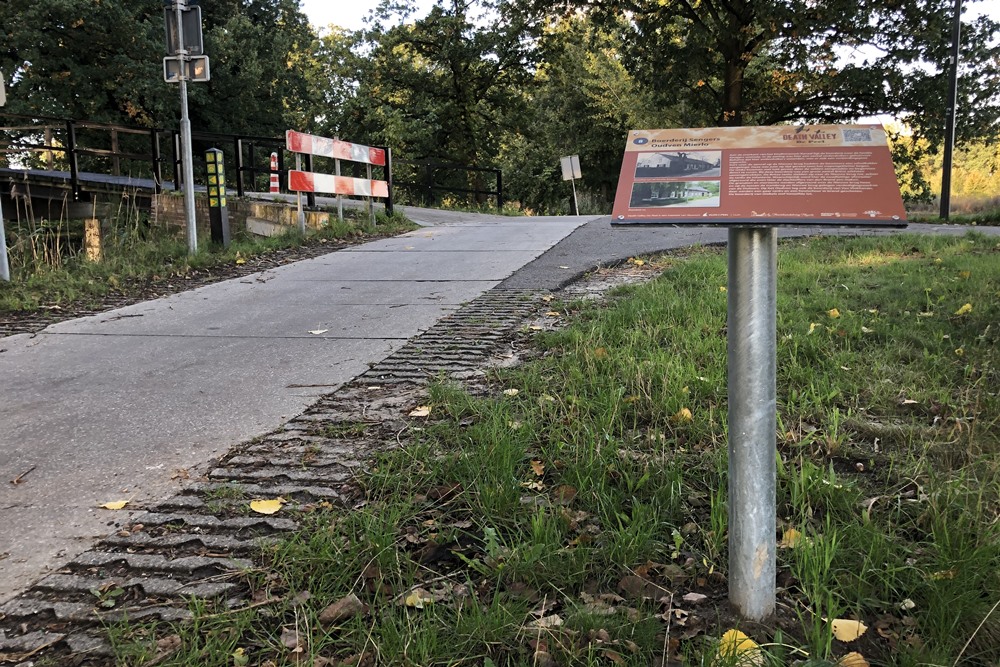 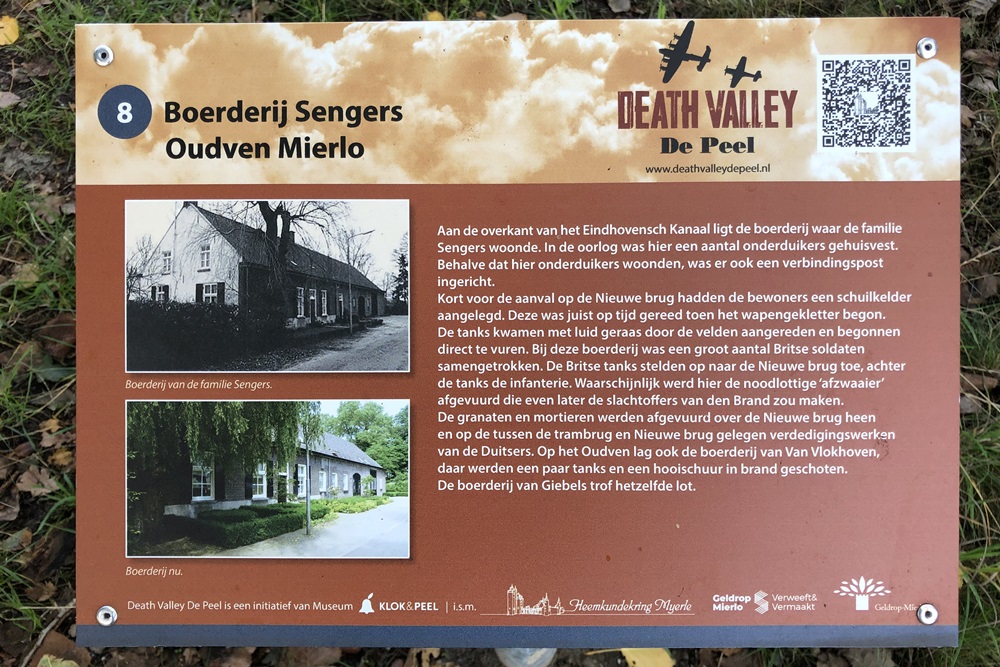 On the other side of the Eindhovensch Kanaal is the farm where the Sengers family lived. During the war a number of people in hiding were housed here. In addition to the fact that people in hiding lived here, a communication post had also been set up.

Shortly before the attack on the Nieuwe Brug, the residents had built an air raid shelter. It was completed just in time when the clash of guns began. The tanks hit through the fields with a loud roar and immediately began to fire. A large number of British soldiers had gathered at this farm. The British tanks lined up towards the New Bridge, behind the tanks the infantry. Probably here was fired the fateful 'farewell' that would make the victims of the Brand shortly afterwards.

The grenades and mortars were fired over the New Bridge and on the German defenses between the tram bridge and New Bridge. Van Vlokhoven's farm was also located on the Oudven, where a few tanks and a hay barn were set on fire. Giebels' farm met the same fate.