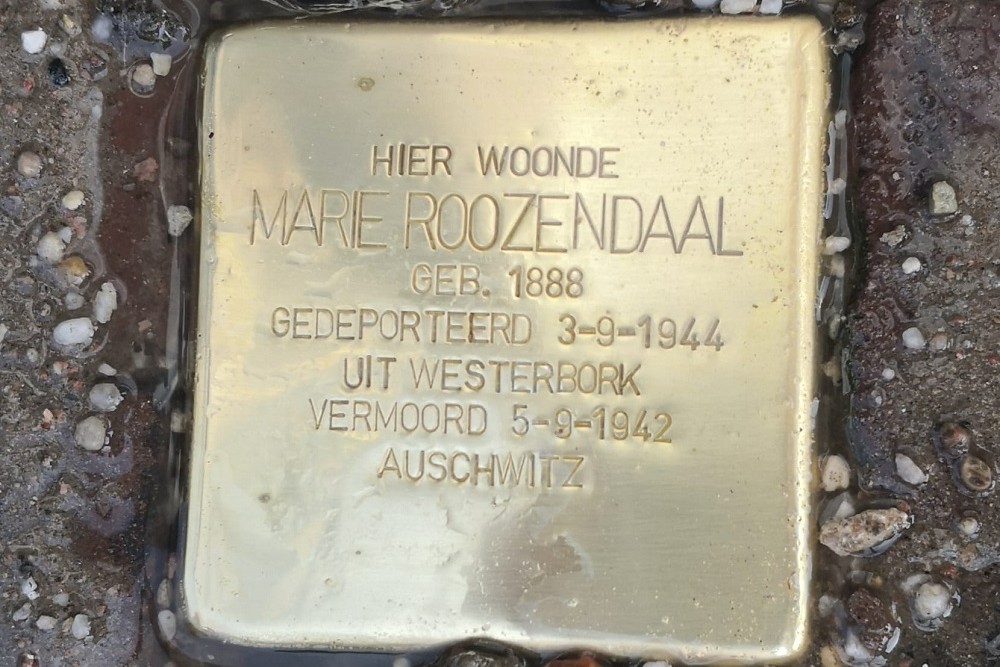 On April 14, 2022, a stumbling stone was placed here for Marie Roozendaal. She was married on May 15, 1913 in Amsterdam to Daniel de Jong. They were divorced on March 6, 1926. Daniel de Jong was also murdered in Auschwitz.
Marie and Daniel had two children together, who survived the war.