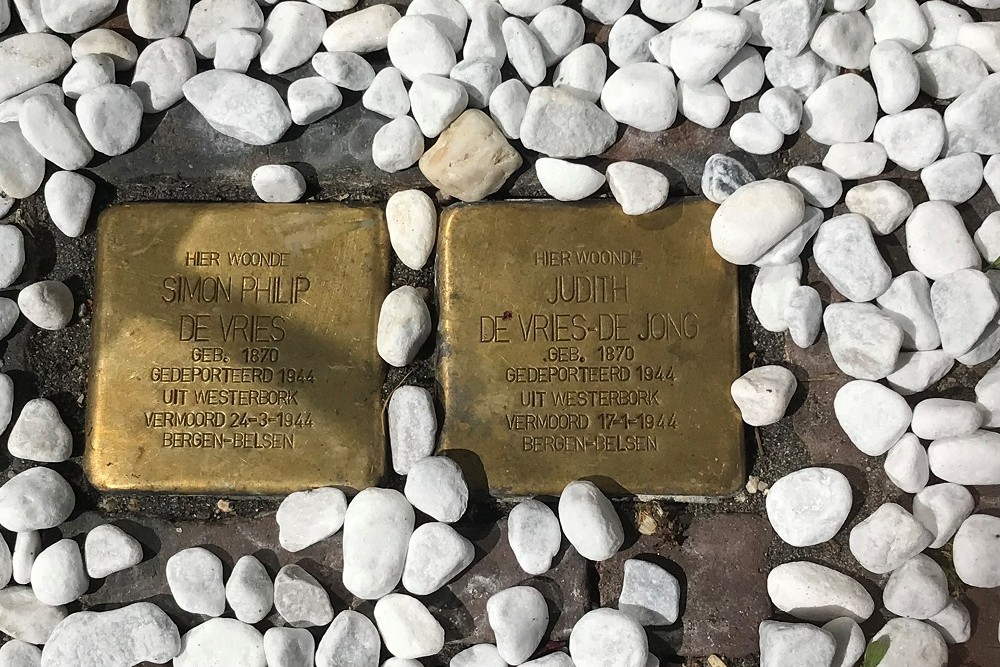 On April 14, 2022, stumbling stones were placed here for Simon Philip de Vries, rabbi and his wife Judith de Vries-de Jong. Born in Neede, Simon Philip de Vries received Jewish lessons in nearby Borculo. He attended the Dutch-Israelite Seminary in Amsterdam, but left this institution before he had passed the highest examination (for rabbi). Chief Rabbi Dünner, however, gave him the right to call himself a rabbi. Simon Philip de Vries was appointed religious teacher in Haarlem in 1892. He was also secretary of the Jewish community in Haarlem.
Simon Philip de Vries is the author of the standard work Jewish rites and symbols, which initially appeared as a serial in the Haarlemse Courant. The book is written for a non-Jewish audience. His wife Judith, who was called Grietje, ran the large family, hosted the many visitors and supported her husband in his work.