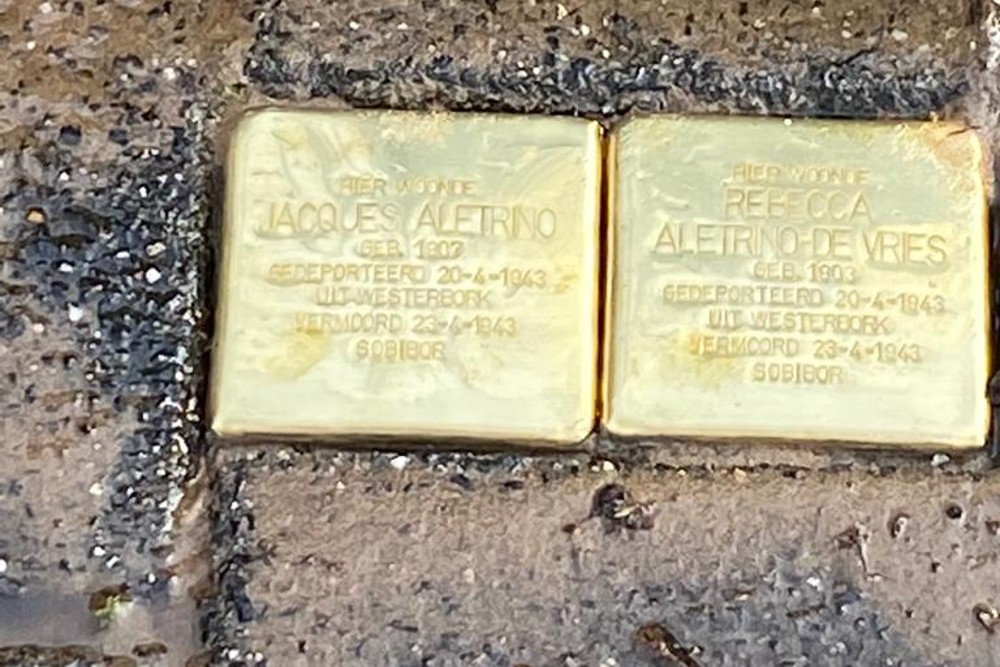 On April 14, 2022, stumbling stones were placed here for Jacques Aletrino and his wife Rebecca Aletrino-de Vries. Jacques was part of a family with two sons. Both he and his older brother Abraham (1904) were very musical. Bram was a renowned singer and choirmaster. Unfortunately Bram died in 1929.
Jacques indicated at the military service examination that he would study law, but his heart was in music. He was tenor in the choir of the Great Synagogue and was called Cantor Giacomo there. He used the name Giacomo during his performances. Giacomo also led several choirs.
On May 3, 1939, Jacques married Rebecca de Vries from Haarlem, who lived in Haarlem with her parents and two brothers.