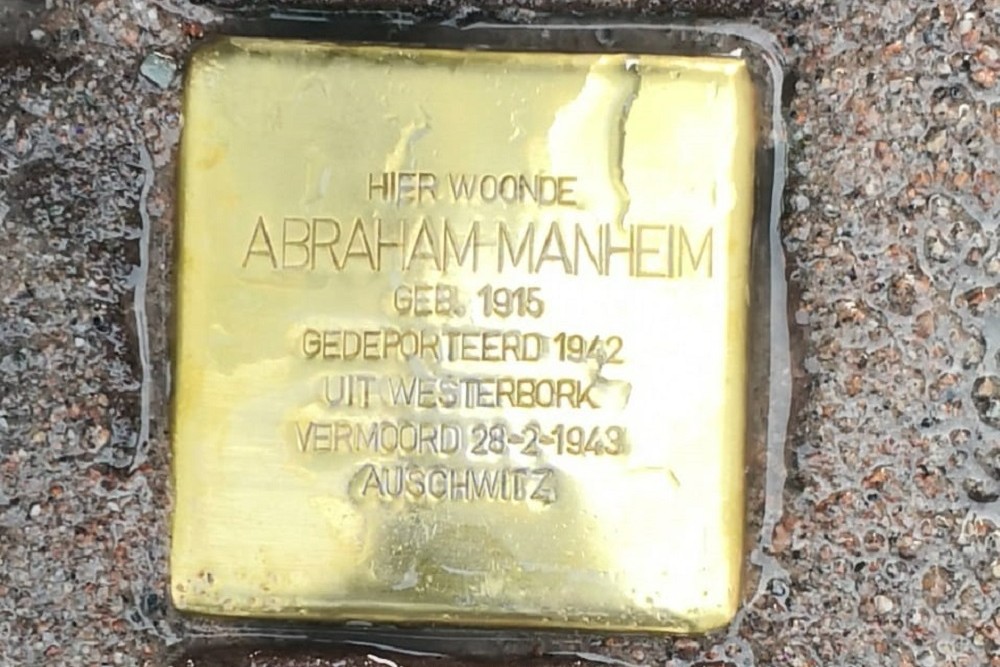 Stumbling stone Kinderhuissingel 3, Haarlem
On April 14, 2022, a stumbling stone was placed here for Abraham Manheim. Abraham was a traveling pianist, he came from a musical family. On August 28, 1938 he married the non-Jewish Cornelia Bekker from Heemstede, they then went to live at the Kinderhuisvest 3. The couple has had no children. Cornelia survived the war. The house on Kinderhuisvest 3 has meanwhile been demolished to make way for a passageway.