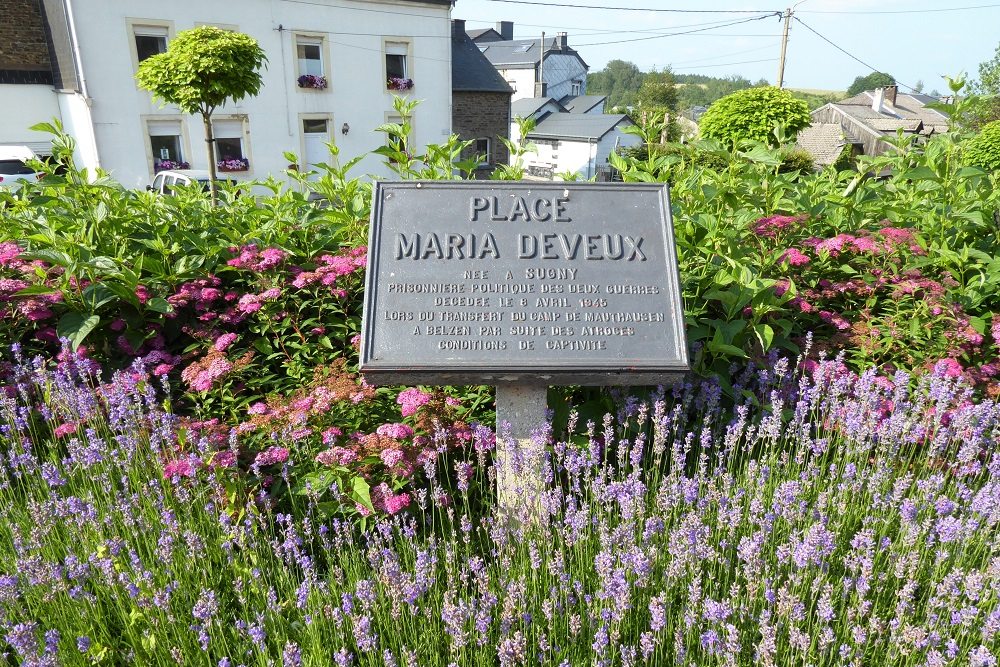 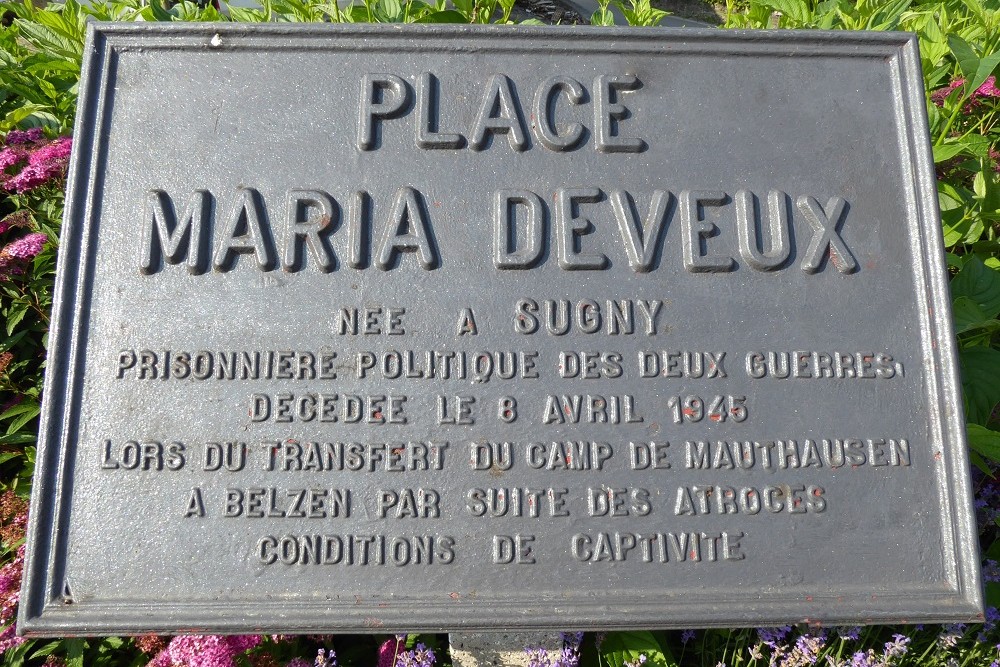 In a park at St. Martin's Church in Sugny is a memorial plaque for Maria Deveux, heroine of the village.

"Place Maria DEVEUX"
Born in Sugny
Political prisoner of the two wars
Died April 8, 1945
during the transfer of the camp from Mauthausen to Belzen after the appalling conditions of captivity."

Maria DEVEUX was 19 years old when the First World War broke out. She is said to have provided information about the movements of the German army during this period to the French soldiers who were surrounded and hidden in the woods and who were trying to rejoin their lines. Her action was discovered and she was imprisoned.

During World War II, Maria did it again.
She worked in Brussels in a hotel frequented by German officers and was once again able to relay information to the Allies. However, she was betrayed by one of her closest friends and was arrested by the Gestapo on September 22, 1942.
She first spent 11 months in the prison of Saint-Gilles before being deported to Germany, probably first to Ravensbrück to end up in the Mauthausen camp on 7 March 1945.
On March 17, after a selection, the oldest and/or sick women were transferred to the Bergen-Belsen camp. Mary and her companions traveled standing up in an open wagon in freezing temperatures. Shortly after arrival, she died of exhaustion and cold, like many of her companions. A few days later, the Bergen-Belsen camp was liberated.
Survivors testified to Mary's ordeal and also to her qualities: a playful character, an indomitable morale and a passionate helpfulness.
Mary was, to say the least, a woman of a thousand qualities.

Between the two world wars she was a single mother with a son, Jean.
He would later also be deported to a camp in Germany. The reasons for his deportation are unknown, but he was likely involved in his mother's espionage. He was fortunately able to return to Sugny later.

In 1992, a veteran of the Sugny maquis, Roland Titeux, Maria's cousin, and his veterans' department did what it took to make her remember. The church square was then named after her and a plaque was placed. Through this gesture, and through the example of Maria Deveux, all women of resistance remain in our memory.