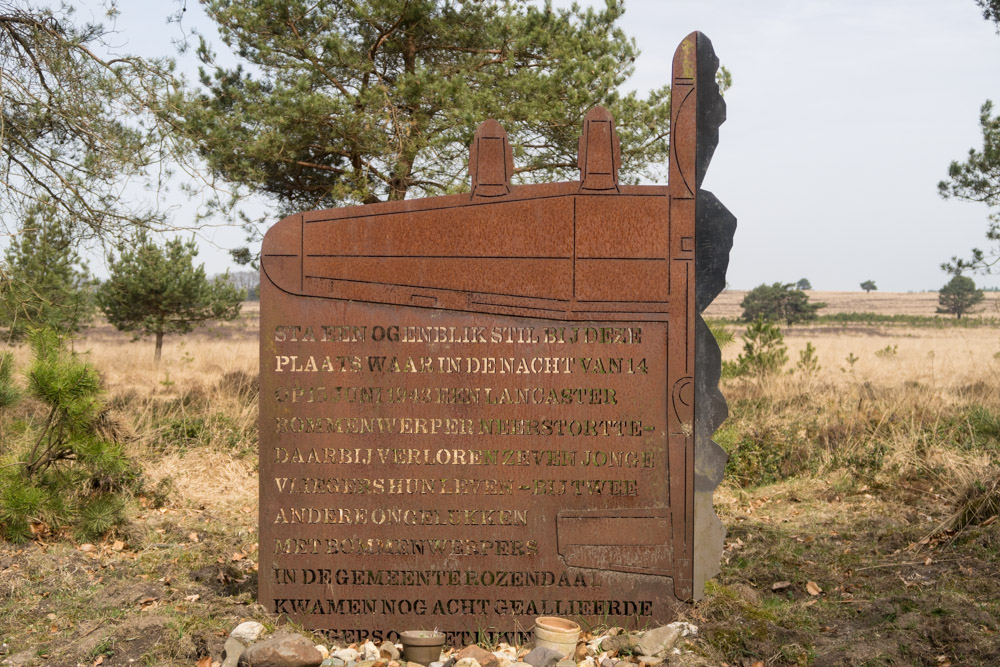 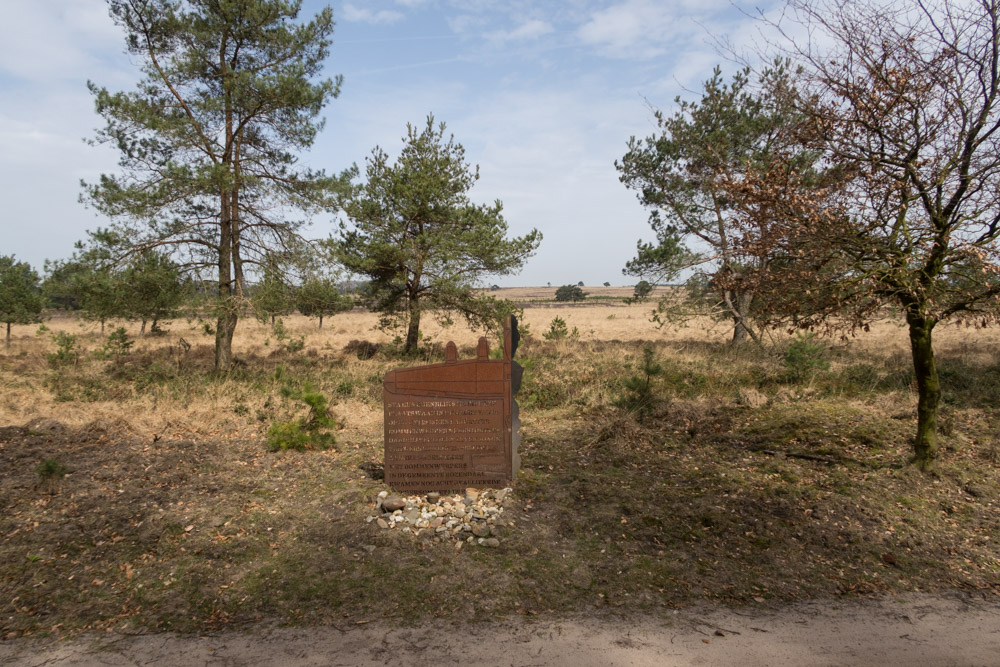 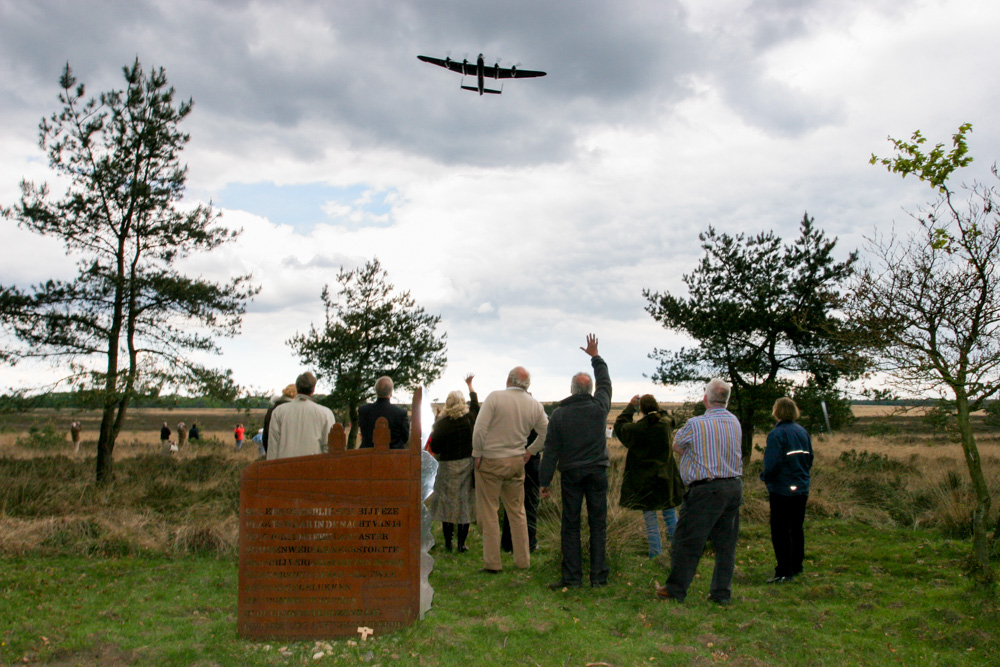 During the night of 14 to 15 June, 1943, the Lancaster bomber R5551 ZN-V crashed in a row of trees along the heath. The Lancaster belonged to 106 Squadron of the Royal Air Force. The impact caused an empty spot in the row of trees. And on this spot a monument for the killed crew has been erected.

On June 15th, 1943, the German Wehrmacht published the following message:
"During the past night Br. Bombers flew towards the W.German area. By bombing hits in civil living quarters that caused considerable damages mainly the population of the city of Oberhausen suffered losses. It now has been established that twenty bombers have been shot down."

Officially only 17 bombers out of a total of 203 aircraft were downed.

The text on the memorial stone may be translated approximately as follows:
Consider for a moment at this spot
where during the night of 14 to 15 June, 1943,
a Lancaster Bomber crashed.
At that accident seven
young airmen lost their lives
 at two other aircraft crashes in the
municipality of Roosendaal
eight more allied airmen died.

On 4 May 2009 the BBMF Lancaster made a couple of fly-by's over the memorial.