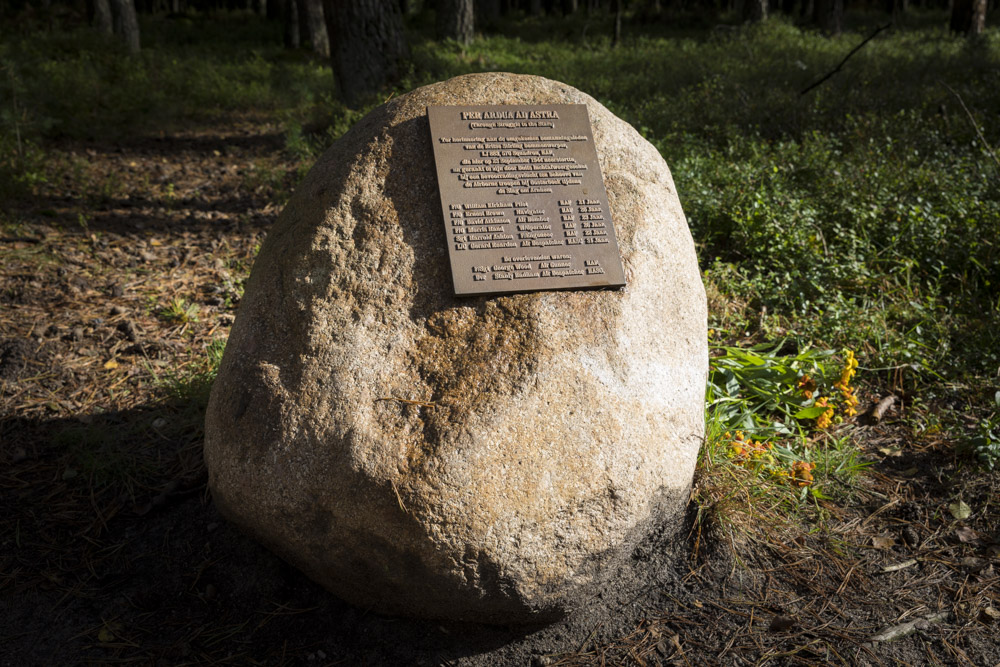 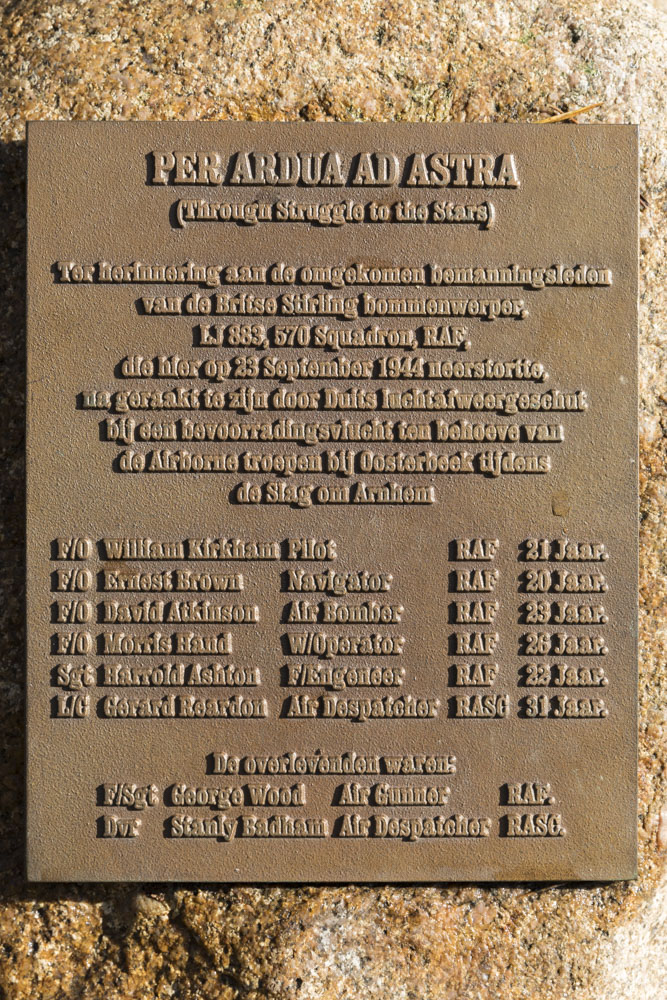 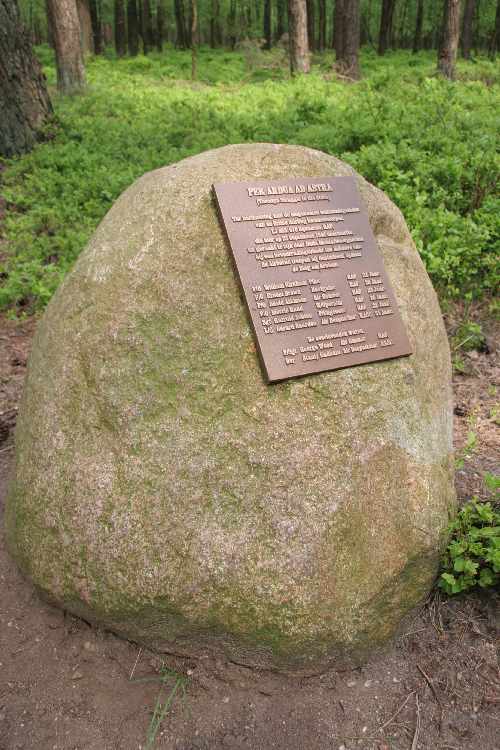 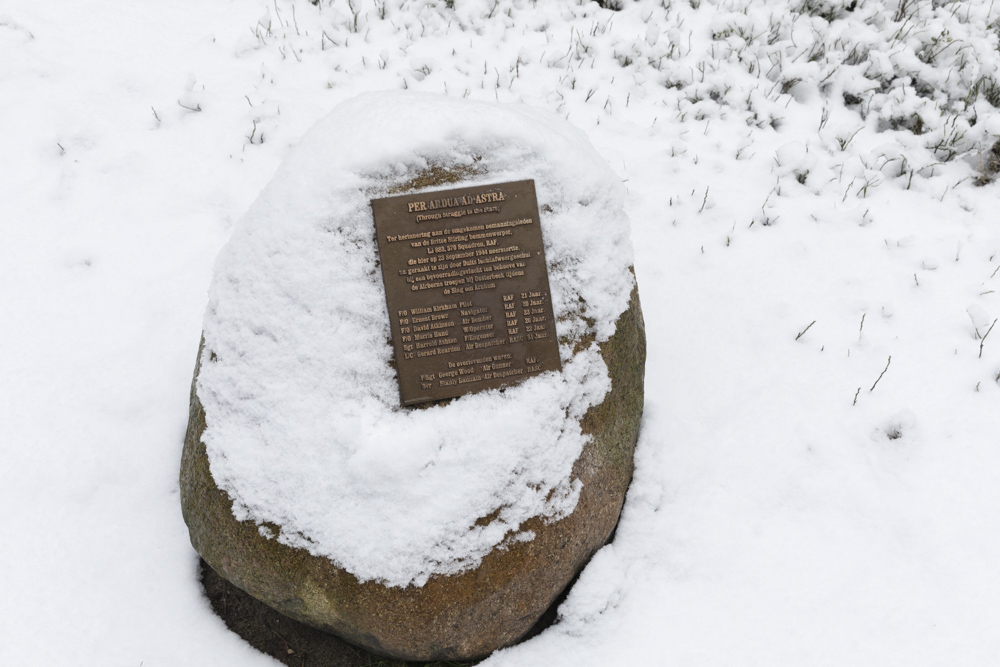 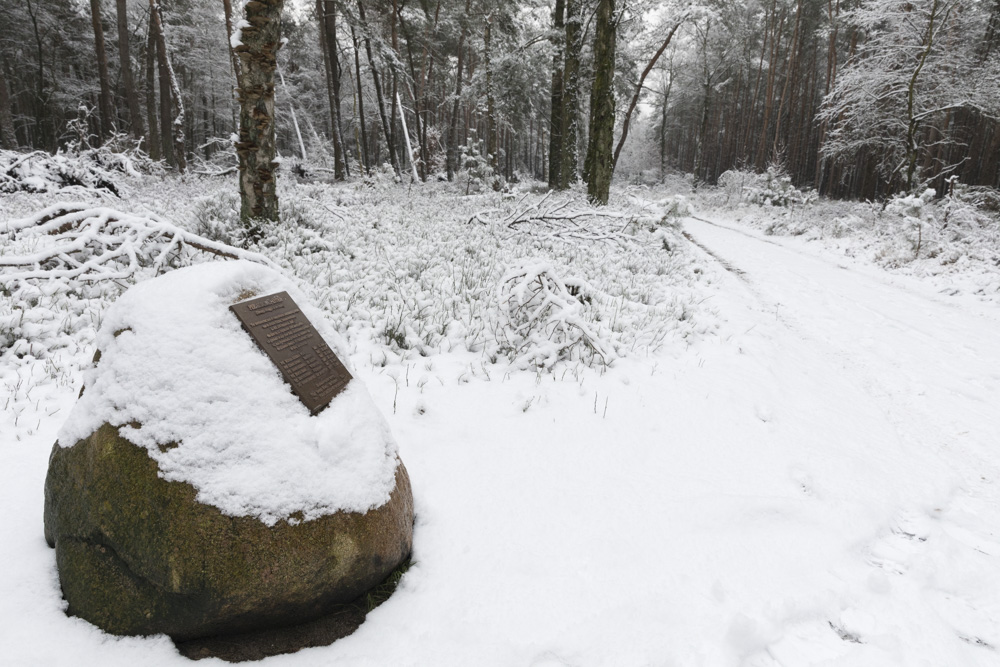 The monument is situated in the woods opposite of restaurant the Planken Wambuis. The small monument shows the following text:

PER ADUA AD ASTRA
(Through Struggle to the Stars)

In remembrance of the killed crew members of the British Stirling Bomber, LJ 883, 570 Squadron RAF, which crashed here on September 23rd 1944 after being hit by German Flak. The aircraft made a resupply flight for the Airborne troups near Oosterbeek during the Battle of Arnhem.