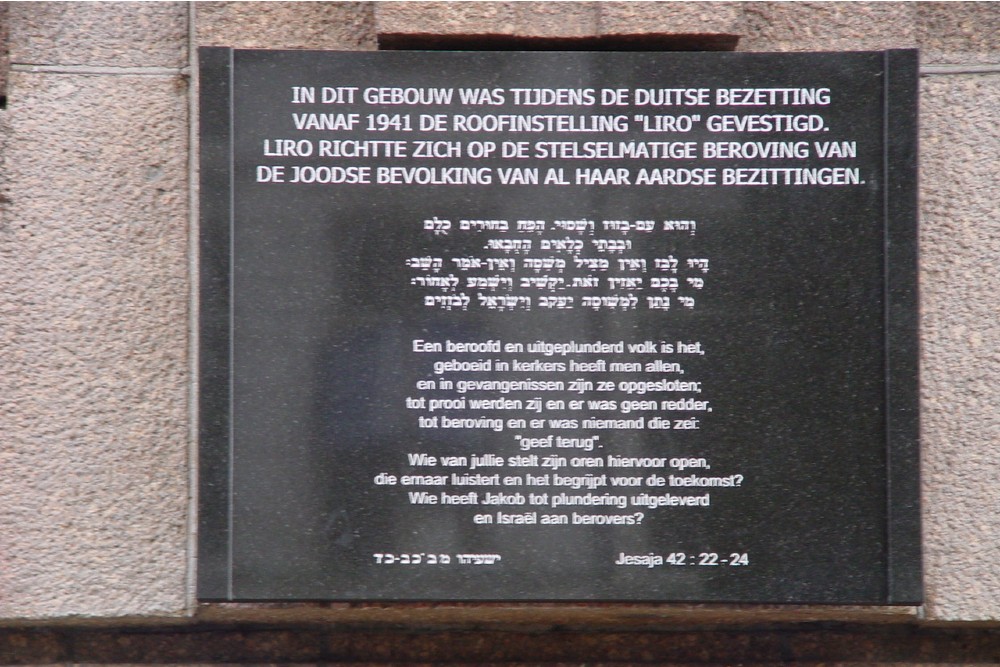 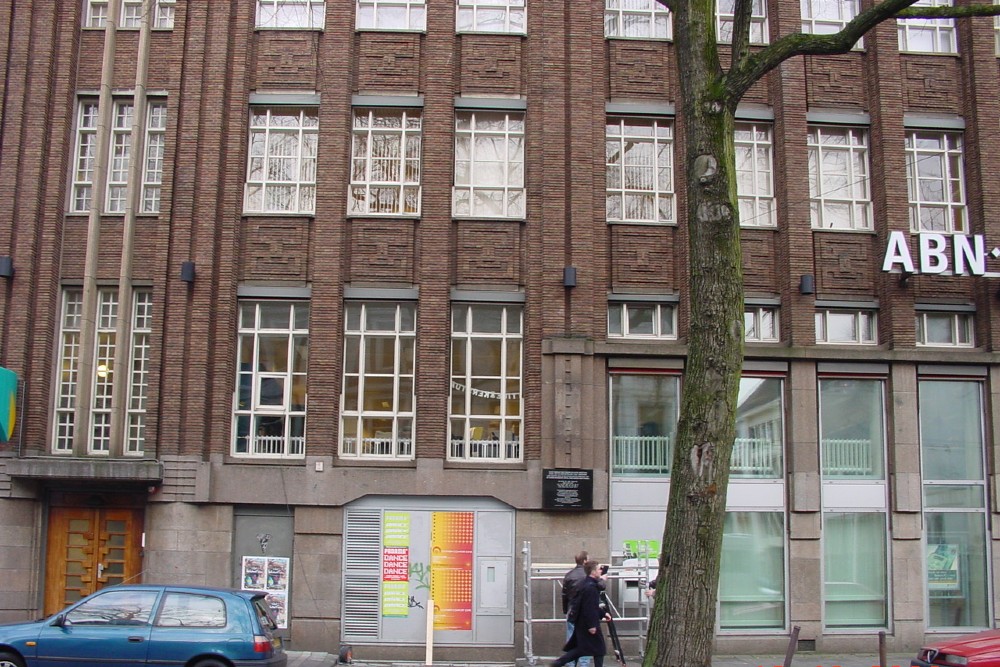 On Monday, May 26, 2003 a plaque was unveiled on the building of the ABN Amro Bank in Amsterdam. It reminds us of the systematic robberies during the Second World War by the Nazi bank 'Liro' from the same building. With the unveiling of the plaque, the Dutch Association of Banks, the Central Jewish Consultation and the Foundation Platform Israel completed the period of the financial rehabilitation

The bank 'Lippmann Rosenthal & Co.' (Liro) originally seemed an ordinary bank which recommended Jews to deposit their valuable belongings, but later other banks had to leave their Jewish funds here. These items were sold.