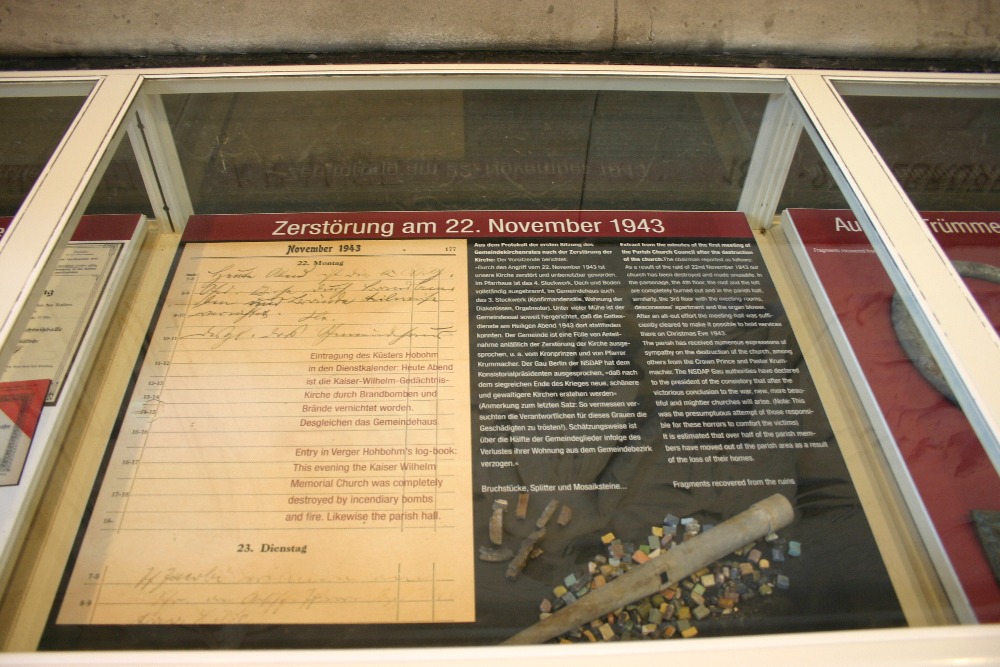 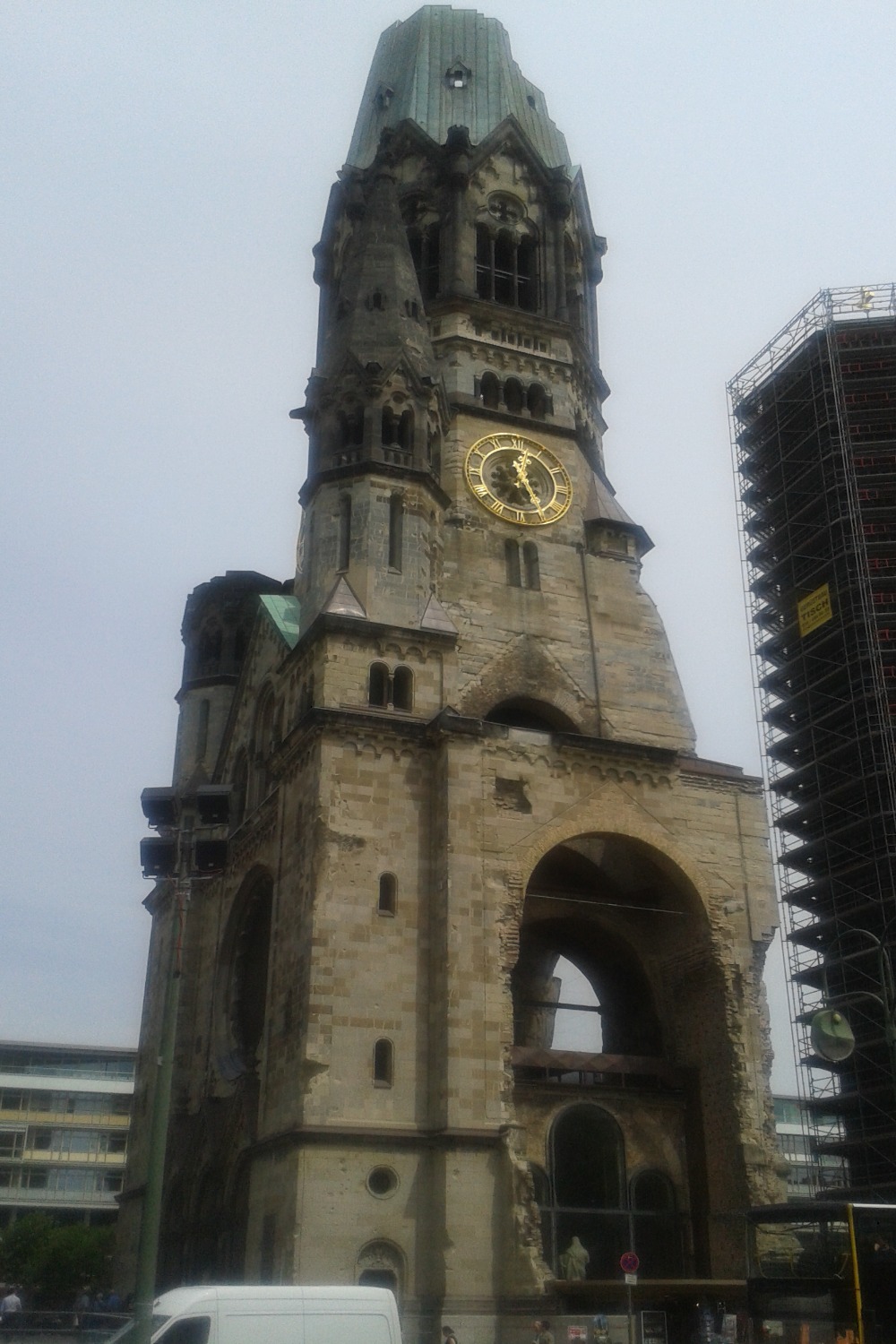 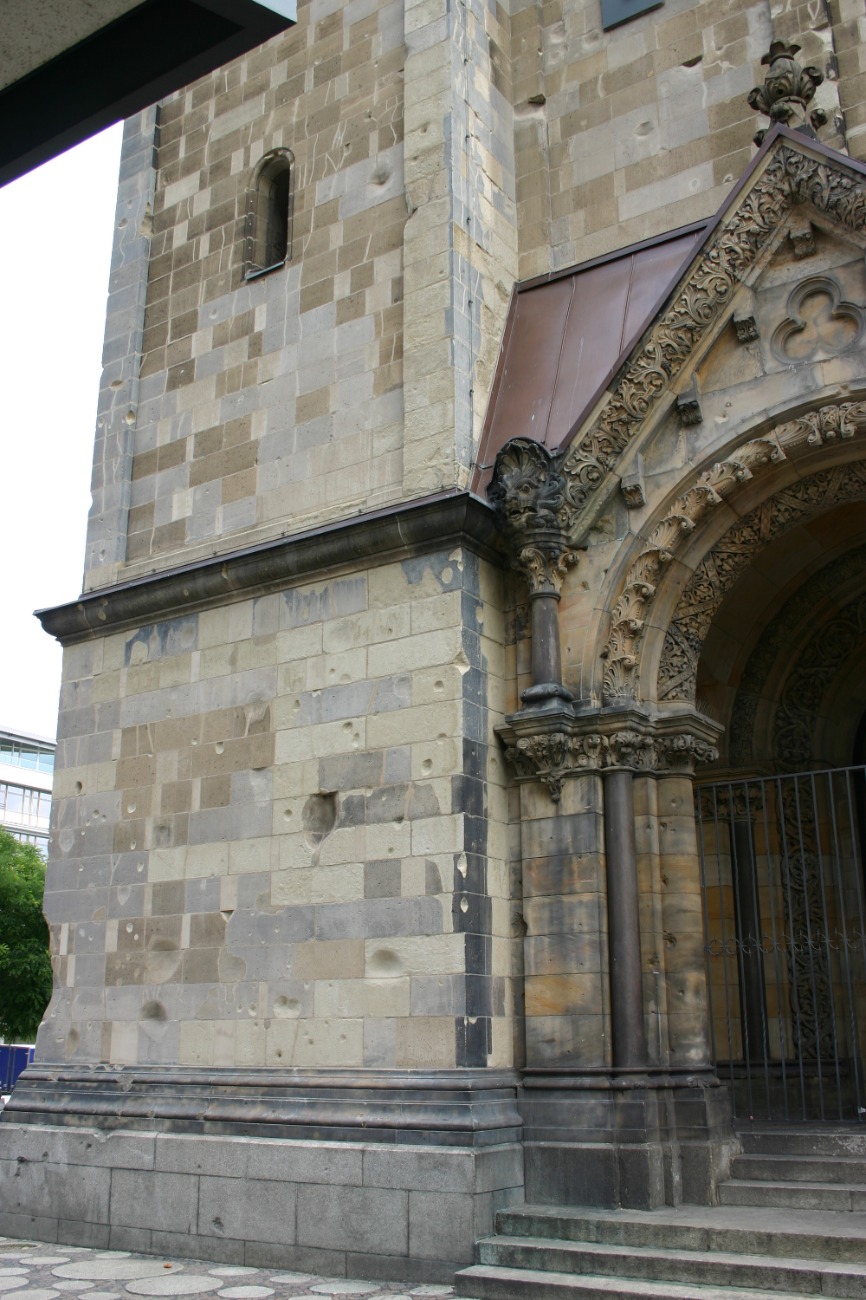 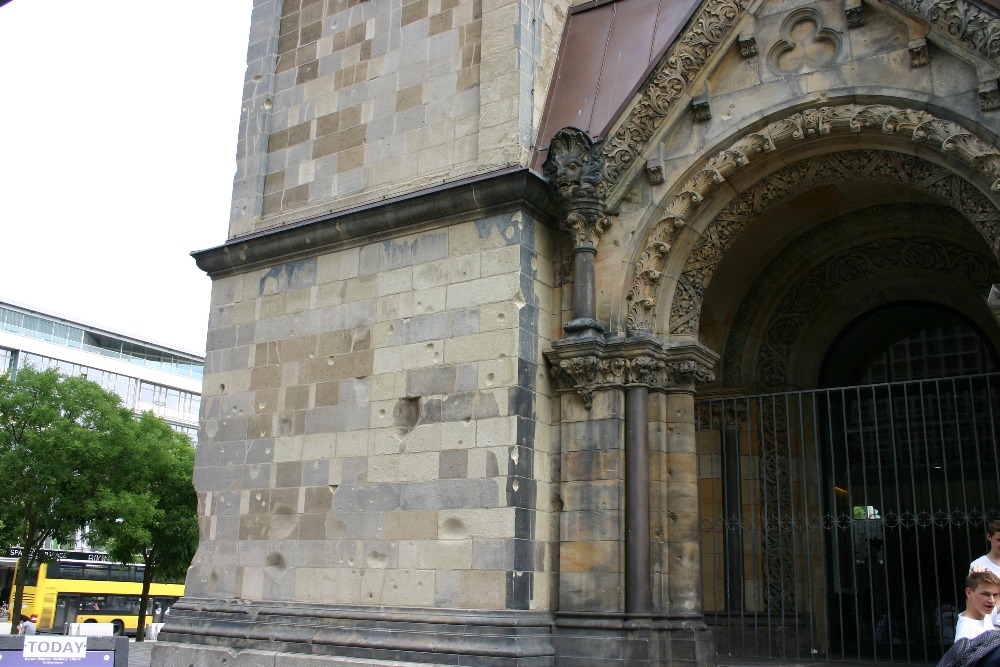 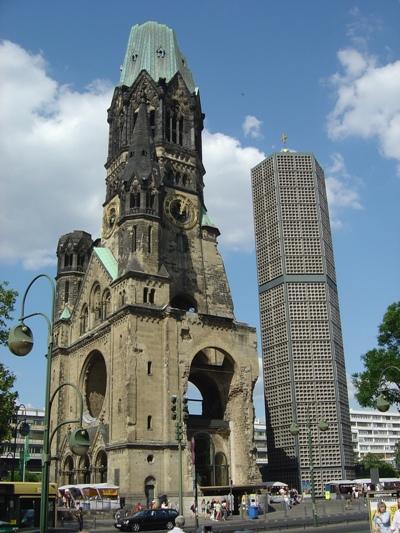 On the night of November 23, 1943, the Emperor Wilhelm Memorial Church was heavily damaged in an Allied bombing raid on Berlin. Only a portion of the tower and the reception area remained standing.