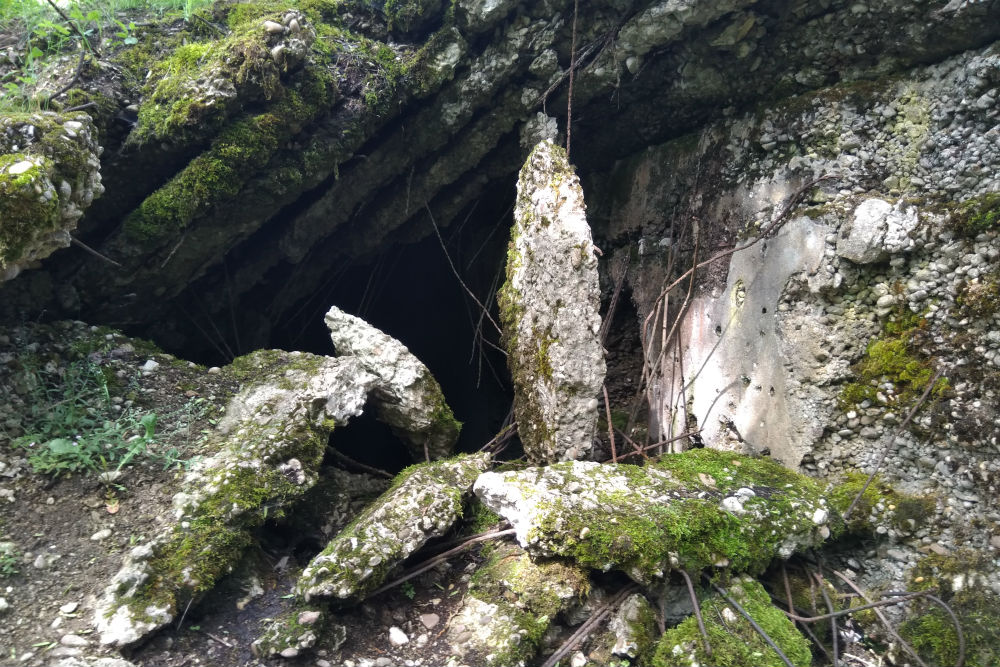 This French bunker was built from 1908 to 1909 and saw heavy fighting during the Battle of Verdun. It was captured by the German army on 1 June 1916. A French counter-attack resulted in the death of all German soldiers inside the bunker.