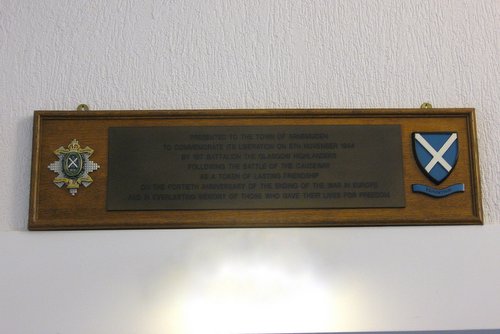 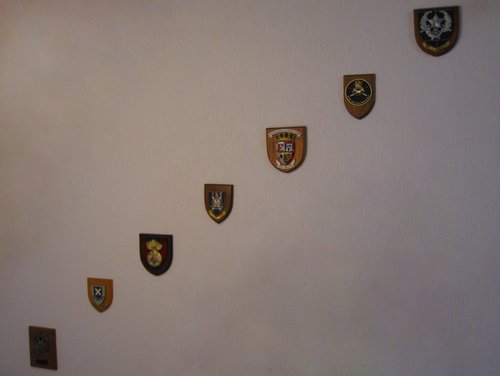 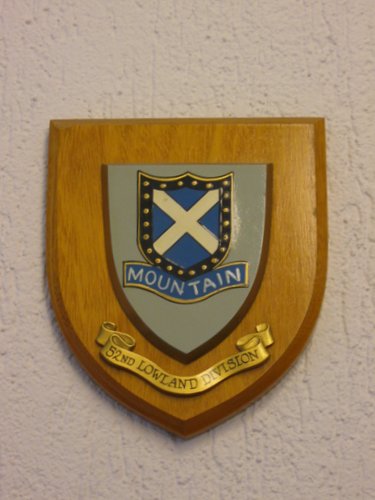 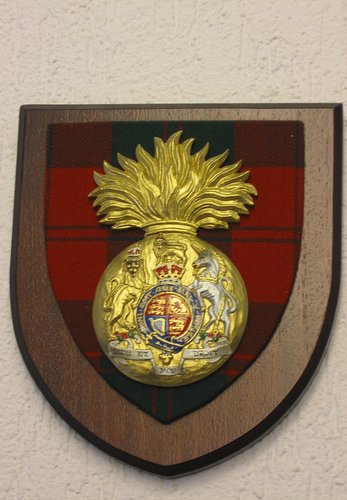 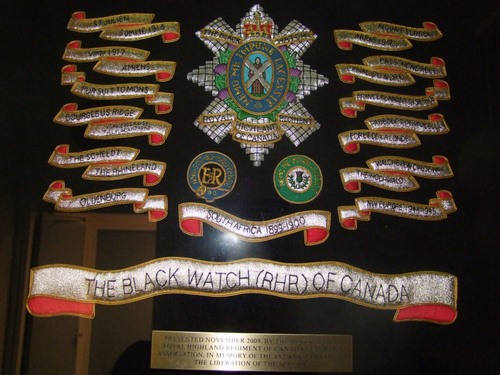 These plaques hang in the town hall of Arnemuiden, where the Historical Museum is located. Arnemuiden received the first plaque as a gift from the Royal Highland Regiment of Canada Veterans Association in 2009 as a thank you for the care of their wounded during "The Battle of the Sloedam and the Scheldt".
The plaque lists the feats of arms of the army unit concerned, including three of these facts that took place on Walcheren at the time.

At the bottom of the plaque you can read this text:
Presented November 2009, by The Black Watch
Royal Highland Regiment of Canada Veterans
Assosiation, in memory of the 65th Anniversary
the Liberation of the Scheldt.

Arnemuiden was a Lazaret village in World War II both during the occupation and during the "Battle of the Scheldt".

Text on the second plaque:
Presented to the town of Arnemuiden
to commemorate its liberation on 5th November 1944
by 1st battalion the Glasgow Highlanders
following the Battle of the Causeway
as a token of lasting friendship
on the fortieth anniversary of the ending of the war in Europe
and in everlasting memory of those who gave their lives for freedom

Seven corps emblems with spells of arms hang along the wall of the stairs, given as a gift out of gratitude to the municipality of Arnemuiden.
From the bottom to the top:
1.Calgery Highlanders (in everlasting friendship 1944 - 1994)
2. Mountain - 52nd Lowland Division
3. Honi soit qui mal y pense - Dieu et mon droit
4. The King's Own Scottish Borderers
5. Cumnock & Doon Valley District Council - We serve
6. Federation of Brothers in Arms
7. The Cameronians