This Order was created by General Charles de Gaulle, November 16th, 1940, to reward distinguished services to the cause of the liberation of France and her colonies. The recipients are known as 'Compagnons de la Libération' (compagnions of the liberation). Charles de Gaulle became the only 'Grand Seigneur de l' Ordre', (Grand Master of the Order) on August 31st, 1947.
The badge is made of bronze and depicts a sword on a square shield with a black Lorraine cross on it. The reverse bears the inscription 'PATRIA SERVANDO VICTORIAM TULI' which means 'He brought victory by liberating his country'. The ribbon is green, edged with black and with two narrow black stripes down the centre; the black representing the mourning over the occupation, the green the hope of liberation.
This Order is to be worn directly between the Légion d'Honneur and the Médaille Militaire and is held in high regard in France.
A total of 1061 crosses were awarded in the order, 1038 to persons, 18 to military and 5 to French cities. 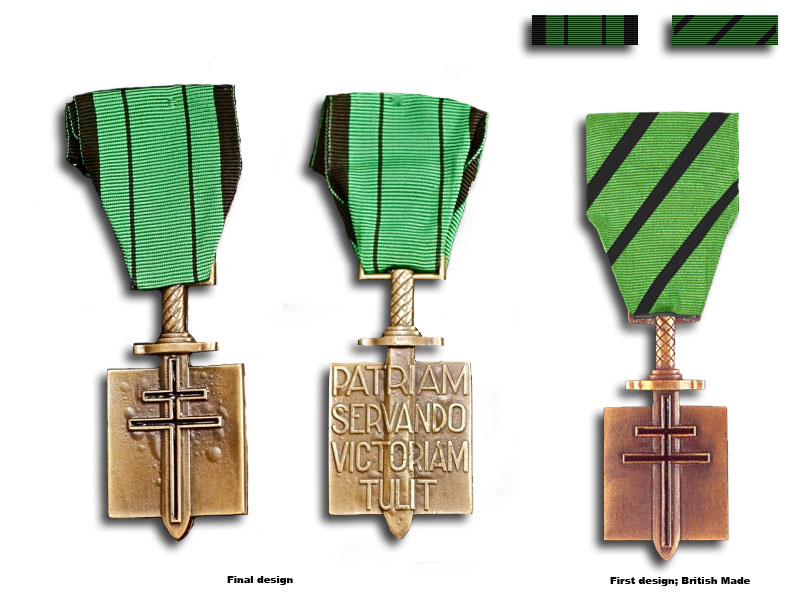